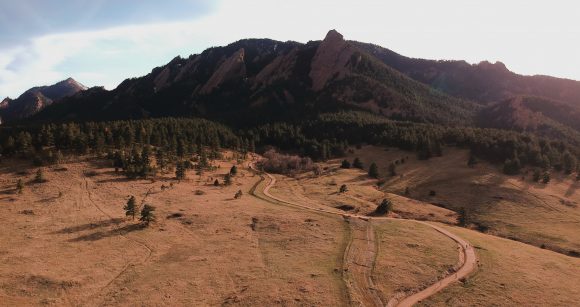 The 2019 annual Bolder Boulder event, which took place May 27, was the highlight for many locals this Memorial Day weekend, giving runners young and old the chance to compete in front of thousands, with some even dressed in costume. Folsom Field was packed once again, with veterans honored, and residents of Boulder County and beyond coming to both watch and participate in the 41st year of the 10-kilometer race.

It takes a community for the race to happen, and volunteers ensured that it ran smoothly. David Vermillion, a football coach at Centaurus High School, has dedicated his time to the race for the past six years.

“I think the Bolder Boulder helps give the city some identity,” Vermillion said. “It’s been something that’s been going on for so long … and most of the town shows up for it.”

Leroy Engholm partook in a more traditional role: running the race. He has dedicated the past 12 years to running the event and enjoys the excitement that it offers.

“It’s just seeing all the people coming across the line, the way that they’re happy, and smile, it’s just a fun event,” Engholm said.

While some may have expected runners to finish off weary and tired as they reach Folsom Fied, many instead sprinted to the finish line, filled with adrenaline and excitement.

“I think it just brings people together,” Engholm said. “You see all the people watching and all the people that come out to support the actual runners and walkers, and the pro race.”

Engholm’s favorite costume of the day was a Tyrannosaurus Rex, one that surely got a few laughs along the way.

No one is limited by the Bolder Boulder, as thousands watched and cheered as a World War II veteran crossed the finish line in his wheelchair.

The event not only gave participants time in the spotlight but helped boost local business as well. Micah Learn, who works at a local Safeway, said that sales at the store went up roughly 60% “overnight” during the weekend of the event.

Learn has run the Bolder Boulder for the past seven years, her favorite part being the many hills that the course contains.

Learn enjoyed many of the costumes she saw, even if it was hard to decipher who was a bear and who was a tiger.

During a time when many of the University of Colorado Boulder’s out-of-state students are gone for the summer, the Bolder Boulder certainly brings the money and the people back to the city. If you’re a runner, jogger, or walker, this Memorial Day tradition hopes to stay for years to come.