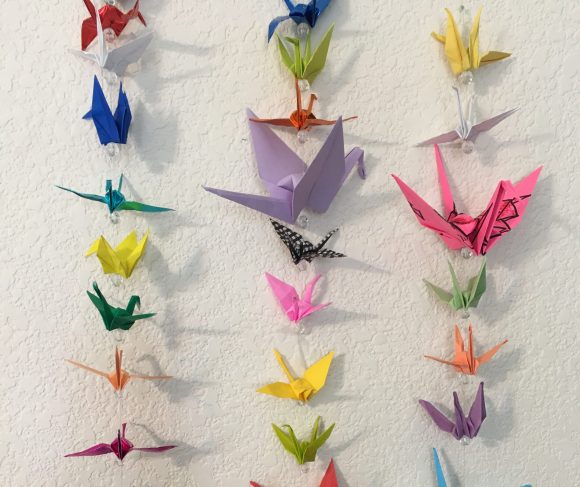 “More than 1000 Cranes Project” (Courtesy of Unmask the Racism)

In Japanese folklore, cranes are mythological creatures that live for 1000 years. Due to their long lifespan, they symbolize good fortune and longevity.

According to legend, cranes will grant a person’s most desired wish if they fold 1000 origami cranes, known as a senbazuru (千羽鶴).

At the University of Colorado Boulder, students from Unmask the Racism are collecting more than 1000 origami cranes for a senbazuru to raise awareness of anti-Asian racism during COVID-19 and promote unity. They have collected 1525 cranes from students and community members as of April 31.

“For this project, our wish is unity and healing for all of the Boulder community,” said team member Joe, who asked to omit his last name for privacy.

Unmask the Racism, founded in 2020, is a student-led social media campaign that aims to raise awareness of anti-Asian racism and xenophobia through education, fundraisers and community outreach projects.

“Our goal is to spread awareness about hate against the AAPI community,” team member Katelynn Thammavong said. “This is affecting our community as a whole, not only specific groups. We also want to promote the AAPI community’s diversity through spotlights and features.” 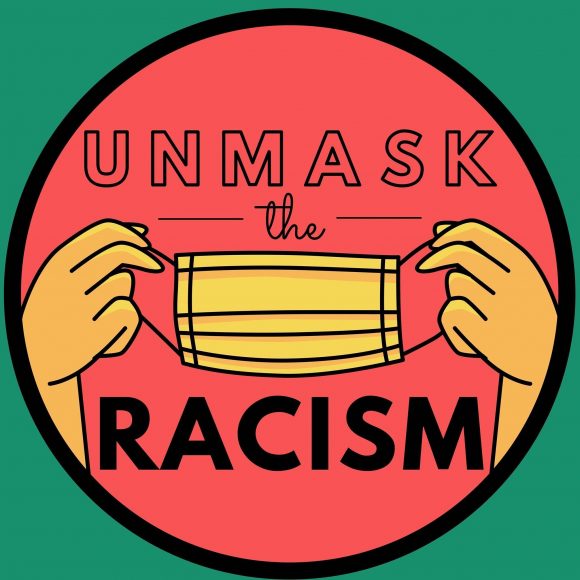 Since the pandemic began, anti-Asian racism has increased significantly. In 2020, anti-Asian hate crimes increased by nearly 150%, according to the Center for the Study of Hate and Extremism. The non-profit coalition Stop AAPI Hate received reports of 3800 anti-Asian racist incidents over the course of about a year. In March of 2021, the reports nearly doubled to 6603 incidents.

“Seeing anti-Asian sentiments and xenophobia across the United States has been so disheartening and heartbreaking,” Joe said. “I wanted to see how I can support the AAPI community.”

For the team of Unmask the Racism, community engagement has been a priority. Last year, they created the Wok-it-Out challenge to support local Asian restaurants. They delivered 87 catered meals to first responders and healthcare workers, all funded by donations from community members and students. To date, they have raised about $2750 for the challenge.

After the tragic Atlanta spa shooting, the team decided to focus their outreach efforts on healing after trauma. This led to the creation of their “More Than 1000 Cranes Project,” inspired by similar initiatives from AAPI organizations around the nation.

In March, Unmask the Racism partnered with CU Boulder’s Volunteer Resource Center to facilitate crane folding workshops on Zoom, which included anti-racism education and the history and context of the project, especially the tragic story of Sadako Sasaki.

Sasaki, a young Japanese victim of the atomic bomb in Hiroshima, was diagnosed with leukemia from radiation exposure at age 11. During her illness, she decided to fold a senbazuru. Though Sasaki died before completing the project, her story inspired others around the world, transforming the senbazuru into a universal symbol for peace, hope and healing.

By sharing Sasaki’s story, the team hopes to participants will feel a deeper connection to the project and will be inspired to become active allies to the AAPI community.

“The crane folding project is about education, as well activism,” said Kim, the founder of Unmask the Racism, who asked to omit her last name for privacy. “It empowers people to see what (they) can do today and also tomorrow.”