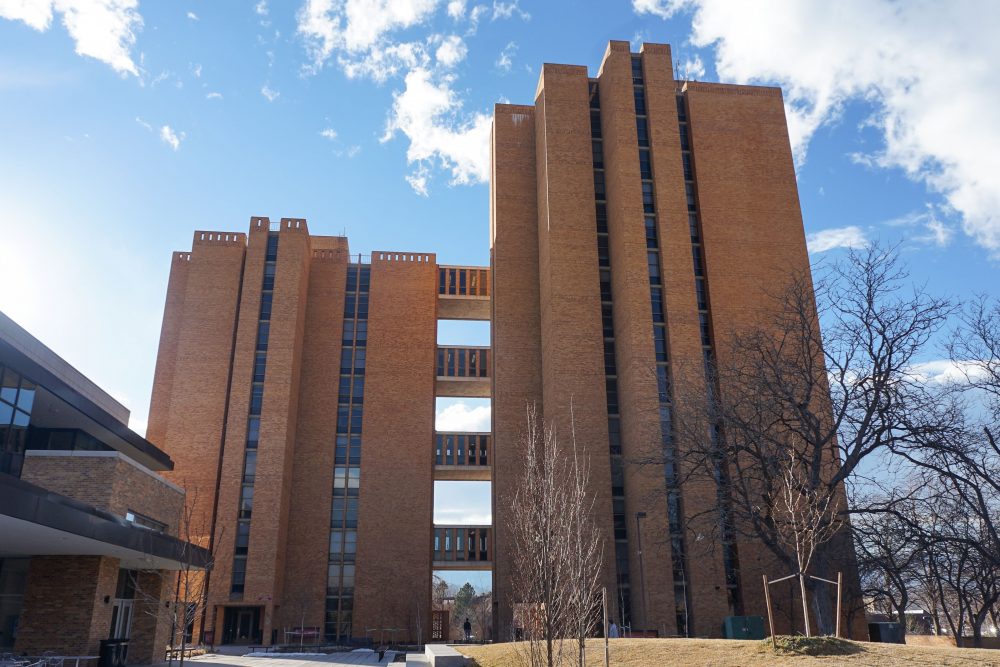 Students who spend their freshman year in Williams Village residence halls are more likely to leave school without completing a degree than students who live on the main campus, according to data from the University of Colorado.

The university’s Office of Data Analytics (ODA) keeps a record of graduation rates broken down by residence hall. The data shows that students who live in dorms on CU’s main campus during their freshman year have consistently higher retention and graduation rates than those who live in Williams Village.

Williams Village, colloquially referred to as Will Vill, is an extension of CU Boulder located several blocks from the main campus. It is used mostly to house freshman students and currently consists of five residence halls. Along with residence halls, Williams Village also has a post office and a recreation center, and the Buff Bus provides transportation to the main campus. A new $48.9 million dining hall, the Village Center, opened in Williams Village in the spring of 2017. 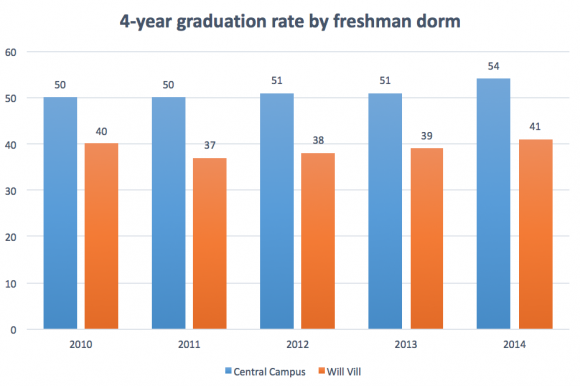 According to the ODA, students who lived in Williams Village their freshman year are less likely to have graduated by the summer of their fourth year than students who lived on the main campus by several percentage points. An analysis for the last five years that data is available for, 2010-2014, shows a consistently lower graduation rate for Williams Village students.

Deborah Mendez-Wilson, a spokesperson for the university, said that CU is aware of the disparity for Williams Village students and is working to mitigate it. 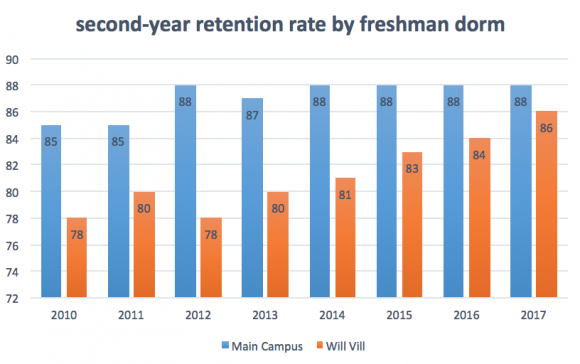 Mendez-Wilson noted that since 2014, Will Vill’s second-year retention rate has increased from 81% to 86%, while the rate for main campus increased only two points (86% to 88%). She said that this is a “significant improvement” that will lead to subsequent retention rate increases.

Rates are lower across the board for students of color, who consistently have lower graduation rates than their white counterparts. An Ethnic Living Learning Community residence hall program was created to help give students of color a sense of community on campus, but despite receiving overwhelmingly positive reports from participants, it was discontinued in the fall of 2017.

“We know we have work ahead of us when it comes to serving the needs of all students, including students of color,” Mendez-Wilson said in a statement.

Regarding the factors that could be driving the residence hall gap, Mendez-Wilson said that “In the past, some students and families have told us that Williams Village is farther away from main campus than they expected, and some students later reported dissatisfaction with their room placement.”

Williams Village is generally home to freshmen who registered for student housing later in the spring or summer before their freshmen year because housing on the main campus fills up first. It’s possible that students who sign up later are also students who are more likely to drop out for a variety of factors (unsure they are ready for college, unsure they want to attend CU, having financial difficulties, etc.). However, there is no data identifying any specific factors.

Mendez-Wilson said that their 2017 and 2018 year-end surveys had reported higher student satisfaction with Williams Village. She suggested that this could be because of increased services, such as the Village Center, new study and socialization spaces and the health center.

“The university is investing more in the Williams Village community to meet students’ needs,” Mendez-Wilson said.

She said that the administration is developing student programs to help build community, including handing out refreshments at the Buff Bus stop, hosting open mics and implementing messaging campaigns on the dorm bulletin boards.

Hall directors in Williams Village organize a range of programs for students. Since implementing these programs, some students have reported looking forward to leaving main campus at the end of the school day, Mendez-Wilson said.

The university is also looking into providing more transportation options from Williams Village, including bikes and rideshare services.

CU is currently conducting a housing master plan assessment that will outline future housing needs and support services. The assessment will run through summer 2019 and will be used to develop the next campus master plan, which is due in 2021.

Williams Village will play a key part in the university’s housing plans as the number of incoming students continues to rise. The number of incoming freshmen has increased year after year; in 2018 CU welcomed its largest-ever freshman class of 6,701. Since main campus is fully developed, Williams Village is the most promising place for the university to build more housing.