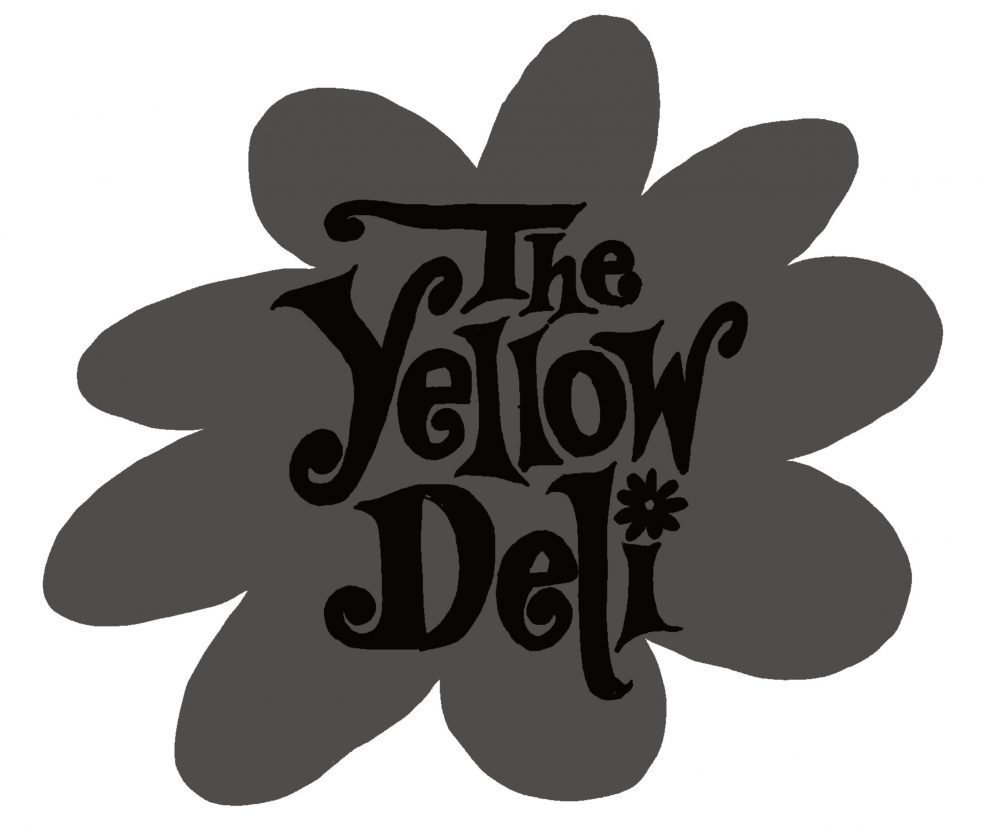 It was a short, off-hand story from a classmate that lead us to a cult just above the Boulder Valley.

My reporting partner Nicole Dorfman and I had set to find out what was going on in the Yellow Deli, a 24-hour deli and frequent study spot on Pearl Street that earned a reputation around campus as being a cult. What we found led to an investigative report on the restaurant’s links to child abuse and cult-like practices.

Nicole started the project and I joined to help research as she interviewed and dug up information she detailed in her story. My own digging was fueled by the type of obsession that pushed me to add tab after tab of research. Google Chrome eventually stopped counting the windows of information. At first, it was all a blur of declassified FBI documents, old congressional letters and religious tomes, but as we pieced it together, patterns began to emerge.

We were not the first to find this. Old television interviews and investigations around the world had been poking at the Twelve Tribes, the religious group that runs the Yellow Deli. But few articles had been written about the group’s behavior in Boulder.

The Yellow Deli is essentially the Twelve Tribes’ purse. The cult has branches and communities across the world, each running shops and cafes to earn money. The delis are only staffed by unpaid Twelve Tribes members and appear to be their primary source of income. A 400-page child training manual, a heavily redacted FBI document and hundreds of other pages of documents, all seemed to point to something deeply troubling at the local deli and the group that runs it.

The gist of what we were able to confirm is this: the Twelve Tribes are a fundamentalist group that not only believe in corporal punishment, they practically require it. Parents are instructed to strike their children to ensure obedience.

The Twelve Tribes believe that in order for Jesus’ second coming to occur, they must raise 144,000 perfect male virgins, who will be killed around the year 2070. This is founder Gene Spriggs’ interpretation of the Bible’s Book of Revelations, which depicts the battle of Armageddon.

In 1972, Spriggs established the Light Brigade, a Christian ministry for troubled teens that operated out of his coffee shop in Chattanooga, Tennessee. Word of Spriggs’ ministry had spread to Vermont, and in 1977, Spriggs had been invited to a dissatisfied community in Island Pond which was looking for a new interpretation of how to live a Christian life. With the successful growth of the Island Pond community, which at the time called themselves the Northeast Kingdom Community Church, the Twelve Tribes slowly began establishing dozens of communities throughout the U.S., Europe and South America, primarily near college campuses.

As the group spread and established themselves, allegations of child abuse and cult-like behavior came along with it. This concerned Nicole and I, and eventually prompted our investigation.

Over the summer, we took two trips to the deli. We amplified our college student-credentials, showing them our more vulnerable side to garner their interest in us. We did not tell them we were reporters. Journalists are not well-liked in the community. 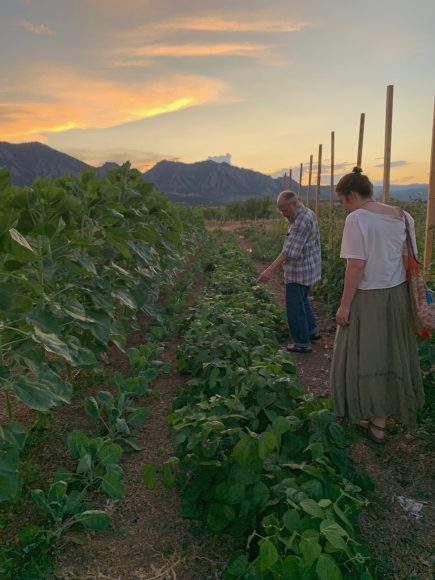 Over home-style cinnamon rolls and a peachy cold drink, I learned about who they were and what they believe. The Yellow Deli employees and I connected over Christianity. After growing up in a deeply religious Lutheran family, presenting myself as a fellow fundamentalist was not hard. Summer mission trips and regular church attendance gave me a base to understand what they were talking about. I even bonded with one of the Yellow Deli employees over attending the same Christian summer camp, albeit 30 years apart.

Our first trip to the Deli led to invitations to the compound, a five-building campus perched on a garden overlooking the Flatirons. We arrived in character: young, impressionable students ready to jump into an organization that could give us meaning. Soon after we arrived we started to see darker things. The abuse detailed in the “Authority Teachings,” a manual written by Spriggs on the group’s beliefs and practices of child-rearing, became real to us.

The research Nicole and I pored over showed a clear pattern that was hurting children physically and manipulating people’s self-esteem to reduce them into something incapable of surviving without the community. It was gaslighting. Experts Nicole interviewed in her story confirmed that for us.

When we arrived we were greeted with a torrent of clapping and offerings of a mystery tea, which I refused. Our safety plan dictated neither of us would eat the same thing. We prepped safe-words and contacted friends to ask that they call the police if they didn’t hear from us by a certain time.

Our time there was dominated by prayer and dining. Men held most of the speaking time and the children sat quietly to the side. Nicole pointed out a strange practice: the kids were frequently going into the bathroom, always escorted by an adult. Inside, Nicole found wooden rods, similar to what the documents describe as tools to hit children.

The bathrooms were right off the main room — a cream white-walled hall filled with members praying, dancing and communing in their faith. Like the deli, the compound was simple and homey, with wood accents, soft light and acoustic music. Members kept an eye on us. Their hospitality was insurmountable with repeated offers of their dark milky brown tea. 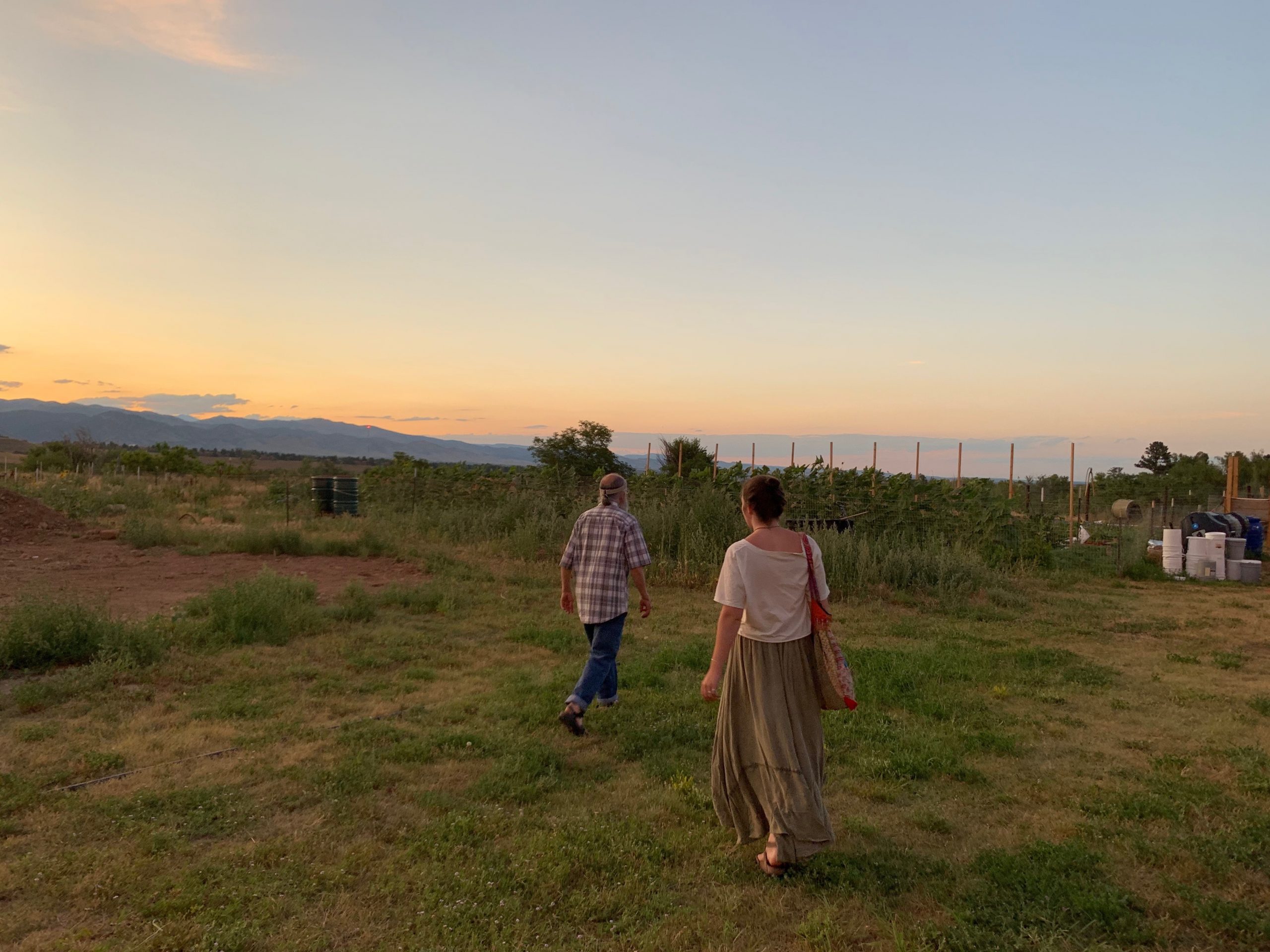 Nicole Dorfman, who wrote an investigative story for the CU Independent about the Twelve Tribes, during an undercover reporting trip in August to the Twelve Tribes Compound. She is being led on a tour by Andrew Wolfe, a leader in the Boulder community. (Lauren Sandal)

The visit included an eerily perfect garden tour with an orange-hued sunset and an introduction to their history in Boulder. In other circumstances, it would be a pleasant evening at a rural outpost overlooking our college town. But there was something off. They seemed to speak a language with their bodies which we couldn’t understand. The leader passed us off between members to continue our tour through their garden and through their view on life.

Simple questions, like asking the only other girl near our age what she was going to do once she turned 18 and presumably graduate high school turned awkward. “I guess … I’ll stay here,” she said. While she paused in her answer she looked at the adults around the room, seemingly looking for approval. The second time we came back, we saw her in tears, alone in the kitchen.

The sense of the division between the community and outsiders was palpable. They talked about “backstabbings” and cautioned one another of those who would hurt them. They couldn’t trust anyone or anything. I saw an extreme amount of control, especially over their kids.

Ultimately, Nicole and I could (and did) drive away. We left while others, especially the children, could not. Maybe they wanted to stay, but even if they did it seemed like they have never known another life and had no means to leave. In the Twelve Tribes, everyone has someone above them.

Researching this story brought Nicole and I face to face with deep questions about this community and about our own. When does connection become abusive? How strong is too strong of a bond? How much belief is too much belief, especially when that belief involves hurting children?

Nicole found the answers to many of the news-related questions we had. But many of the philosophical answers ultimately are for you, the reader, to find.

A few months after our undercover trips to the compound, I took one last visit to the Yellow Deli. I was curious as to how they would treat me after not seeing me for months. Three things happened: they remembered my name, they invited to drive me to a wedding that weekend in Kansas and they sent me home with a free peanut butter energy bar that was better than any Clif Bar I’ve ever tasted. It was strange.

Click here to read the CUI’s investigative story on the Yellow Deli.

Contact Lauren Sandal, who contributed research to the CUI’s investigative story into the Yellow Deli story, at Lauren.Sandal@colorado.edu