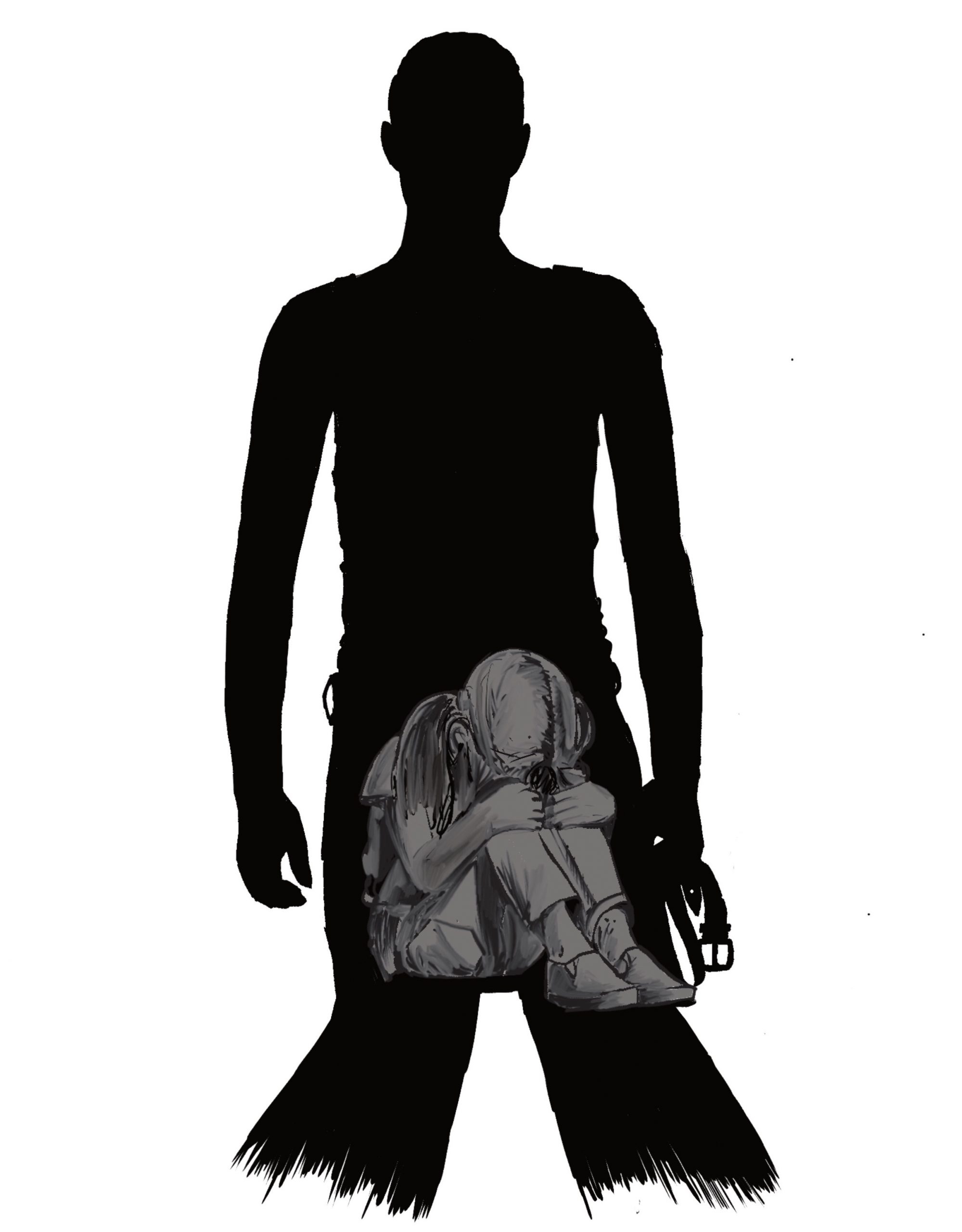 Graphic by Lucas Luna, special to the CU Independent

You know your favorite late-night sandwich spot, the Yellow Deli? It’s tied to an organization with a deep history of physically abusing children and religious fundamentalism, a nine-month CU Independent investigation has found.

Yellow Deli, the all-day, all-night Boulder cafe frequented by students has been open about its evangelist roots, but behind the cheap sandwiches and free Wi-Fi is a darker history. The CUI investigation is based on interviews with 12 ex-members of Twelve Tribes, a religious organization linked to the restaurant, and reviews of over 400 pages of  Twelve Tribes documents obtained both publicly and through sources.

Twelve Tribes in Boulder opened the Yellow Deli on Pearl Street in 2010 and is a part of a global network of 74 communities worldwide. Other businesses owned by the organization, such as farms and factories, have been the subject of other media investigations that have uncovered abuse and potential child labor violations. The CUI did not find direct allegations of child abuse at the Yellow Deli, but in an undercover visit to Boulder’s Twelve Tribes’ compound where all Yellow Deli employees live, a young child appeared to be beaten.

Six ex-members of Twelve Tribes told the CUI they were witnesses or victims of child abuse in Twelve Tribes locations around the globe. Others described intense control exerted by the group on its members.

“Childhood was hell,” said Alex, an ex-member who agreed to talk with the CUI without the publication of his last name. At a Twelve Tribes compound in Cambridge, New York, he described being beaten bloody sometimes to the point of collapsing.

“That’s my only childhood milestone, to stay alive till the next day,” he said. Local and national representatives for the Twelve Tribes did not return multiple requests for comments, which included phone calls and a detailed list of questions sent by reporters. In the past, representatives for the group have defended their practices as a  part of their religion.

“That’s my only childhood milestone, to stay alive till the next day.”

Samie Brosseau, the founder of a non-profit that helps people transition out of cult-like environments, did not mince words in an interview with the CUI, saying the Twelve Tribes is a cult. Brosseau grew up in a Twelve Tribes compound and fled when she was 18. She said her parents held her in custody, but she finally escaped out the front door of an isolated Massachusetts cabin to try and find her way to a modern world she had never lived in before.

Her non-profit, Liberation Point, works with people from “high control groups” to readjust to life, as she had to after leaving the religious group.

Ex-members describe beatings with rods as punishment for even small infractions, like not singing loud enough during religious ceremonies. Much of the rationale the groups use for physical striking is rooted in religion, documents about the Twelve Tribes’ theology show. Much of this happens in compounds the group built to house members and host religious events. “We all live together, like a big extended family,” the group’s website reads. In Boulder, all of the employees of the Yellow Deli live in a compound on 5325 Eldorado Springs Drive.

Reporters from the CUI entered the compound twice in August at the invitation of Yellow Deli employees without disclosing they were gathering information for a news story. While there, a young child appeared to have a red mark underneath her right cheek after being escorted from the bathroom where wailing sounds were heard by the reporters. The screams and hitting noises appeared to be a beating with a large wooden rod, which the reporters later found under the bathroom sink. The apparent beating matched the descriptions of multiple ex-members’ experiences.

“The emotional damage they cause lasts long after people escape,” said Hannah, an ex-member who lived in the Island Pond community in Vermont. “My parents were being punished. The cult would say if you were sick it was because God was punishing you for being evil.”

Ali, another ex-member who spoke with the CUI on the condition her last name not be published, lived in the New England communities and had similar experiences.

“They say suffering or hardship to a disciple is like sunshine to a plant,” she said. “The Twelve Tribes prepares and encourages you to receive suffering.”

While at the compound in August, CUI reporters only entered two of the buildings — one where the community holds prayer gatherings and a building where they eat meals. The prayer building is where the apparent striking of the child was heard as well as where three two-foot wooden rods were found.

Alex, from the New York compound, detailed “vicious beatings” with rods similar to those found in the Boulder compound. Of the ex-members the CUI reached out to who spent time in the Colorado communities, few were willing to retell their stories publicly, insisting on anonymity to avoid reprisal from the community.

“You talk out of line or sometimes you never even knew what the hell you did but all of a sudden you’re getting your feet beaten bloody with the rods,” Alex said.

Child-rearing is heavily regulated by a book at the center of the group called the “Authority Teachings.” The CUI obtained a copy of the teachings through an ex-member network that now works to expose the group. The teachings instruct parents to physically discipline their children to instill obedience and help achieve the tribes’ ultimate goal: 144,000 male virgins. The group says it needs to produce that number of male virgins to bring the second coming of Jesus Christ and the apocalypse, as cited in the book of revelations. At the Yellow Deli, the group distributes whimsically-designed pamphlets that introduce customers to its beliefs.

The Authority Teachings states that parents are supposed to strike their children or create “stripes that wound,” according to the text reviewed by the CUI.

“These stripes are the only way the heart can be reached,” the text reads. “Injury is to impair soundness of health; to wound. But stripes or marks from loving discipline shows love by the parent.”

The author of the teachings is the Twelve Tribes founder, Gene Spriggs. He founded the group as a small Christian community in Chattanooga, Tennessee, preaching in his home and baptizing people in the lake behind his house. Spriggs started a group in 1972 that would become the Twelve Tribes and opened the first Yellow Deli to support the group soon after. The group is commonly cited as having between 2,000-3,000 members. Since its founding, the tribes have faced accusations of being a cult and spouting fundamentalist ideology.

In the teachings, Spriggs states that “the goal of the rod is to break the willful resistance of a child’s rebellion, which would take him to the second death.”

Second death is described in the teachings as a spiritual death where people suffer in “The Lake of Fire” or Hell. Brosseau said the Twelve Tribes uses the concept of second death to cultivate obedience in the community, a key attribute of cult-like behavior.

Within the Authority Teachings, the cult also acknowledges that some people call their discipline “child abuse.” Spriggs worked quickly to discredit this logic in the teachings.

“There are people who have created theories that using the rod to discipline is called child abuse, this causes some parents to be afraid and to question the use of discipline … This is why the antichrist will be able to come in, because all of the restraint of lawlessness is being removed,” Spriggs writes in the Authority Teachings.

Spriggs and his followers have attracted other investigations by the news media. A documentary aired on a German TV network sent undercover reporters to compounds that uncovered “systematic beatings” of children. An Inside Edition investigation in 2018 found instances of child labor in the upstate New York community, the same which Alex grew up in. Along with the CUI reporters’ trip to the Boulder compound where a beating appeared to be heard, no one directly tied the same behavior from other compounds to the Boulder community but many said practices are similar across communities.

The Twelve Tribes in Boulder

The tribes’ teachings came to Boulder with 63-year-old Andrew Wolfe, a long-time organization member and current leader in Boulder. Wolfe set up the Boulder Community in 2009 with the intention of spreading it beyond its eastern U.S. roots. During that year, Boulder leaders began holding meetings in their homes and finally got a building lease on Pearl Street in 2010 — the building that houses the Yellow Deli.

During the CUI’s undercover trip to the Boulder compound, reporters observed about 30 members, 15 of whom were children. Many of the children appeared to be extremely obedient and close with the adults who oversaw them. Much of the behavior the reporters noticed seemed to coincide with the group’s teachings.

However, Brosseau, the ex-member and Liberation Point founder, argued that “in a catholic church, that’s only one part of (a member’s) life.”

In a cult, she said, members’ lives completely revolve around religion. Brosseau also said that other characteristics classify the Twelve Tribes as a cult such as totalitarian leadership with a charismatic and narcissistic leader, black and white thinking, controlling knowledge and isolation. Other experts, like Catherine Mann who has a PhD in religious psychology, told the CUI the tribes meet the definition of a cult.

Brosseau said Yoneq, founder Gene Sprigg’s Hebrew name that his followers affectionately call him, employed all of these methods to “indoctrinate and maintain control over Twelve Tribes members.”

Luke Wiseman, the most powerful ex-member interviewed for this story, described Twelve Tribes inner workings as an authoritarian and “threat-based system.” At one time, Wiseman was a national leader, called a “tribal leader,” who worked very closely with Spriggs and his wife Marsha.

Wiseman said when members leave, they’re considered dead to the community. While he is likely seen as socially dead to Twelve Tribe members, he says he still loves his former community.

“All of us who left love our friends and family in the Twelve Tribes. And we have not cut them off,” Wiseman said. “But they’ve cut us off.”

Editor’s Note: A prior version of this story spelled “attribute” as “tribute.”