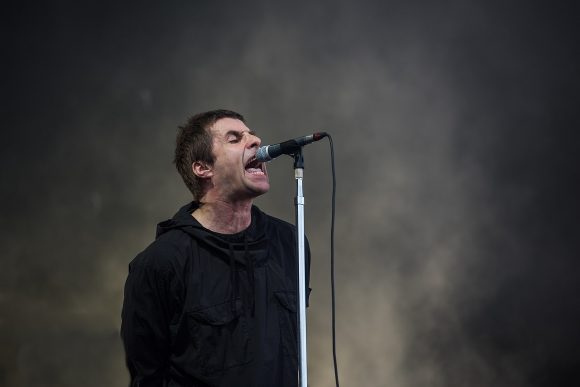 While September brought us some amazing releases — and some just okay releases — I’m excited about the music that is coming out this October. Here’s what I’m looking forward to the most.

Liam Gallagher — As You Were

The front-man of the legendary band Oasis is releasing his first studio album, As You Were, on Oct. 6 via Warner Bros. Records. Gallagher’s first solo project has been put into the good hands of producer Greg Kurstin, who took home four Grammys this year, including Producer of the Year. The first three singles from the album show a lot of promise for his upcoming project in what seems to be the perfect apology to concert-goers of this year’s Lollapalooza festival.

The bar has been set pretty high for Beck’s follow-up to his last album, Morning Phase, which won Album of the Year back at the 2015 Grammy Awards. From the four releases so far, Colors shows a lot of promise. One of my favorites off the album right now is “Dear Life.” The upbeat music contrasting with the rather dark lyrics (“It’s the price they put upon your soul/And buy it back from the burning ashes of the death that you know”). Just like snowflakes, no two Beck songs are the same, so this album is definitely one to check out.

The first two singles off St. Vincent’s upcoming album have received a fair amount of praise so far. One of the most notable characteristics of MASSEDUCTION is the fuller production compared to her previous work, as heard on “Los Ageless.” The most talked about track so far, “New York,” ditches her futuristic heavy-synth sound for a simple piano in what can best be described as a beautiful ballad. St. Vincent fans should be more than satisfied with what’s to come in October.

Wu-Tang’s last release was a flop. On top on of mixed reviews, the album also failed in sales, moving a little over 21,000 units in its first week. Their upcoming project, however, looks very promising and should do well in what is looking to be a dry month for hip-hop. The second track, which RZA claims to be “a masterpiece,” is proof enough. Racking up 116,000 hits on SoundCloud to date, “People Say” features strong verses over a smooth beat produced by DJ Mathematics. Wu-Tang: The Saga Continues should be able to sweep the leg of its competition and prove its case for the future Rock and Roll Hall of Famers.

Since his last release, IV Play, The-Dream has appeared on tracks for Rick Ross, SBTRKT, Solange and, arguably the most notable, Kanye West’s “Ultralight Beam.” In late June, he released the lead single off the project, “Summer Body.” While the song failed to make it anywhere on the Billboard charts this summer, hopefully it will pick up steam once the full project is released.

Chris Brown has done a lot of bad things over the course of his career. But there’s no denying he’s talented and Heartbreak on a Full Moon fully supports that. The 40-song (yes, 40) project contains features from Gucci Mane, Usher, Jamie Foxx and Lil Yachty. The most recent single released off the double album, “Questions,”  is catchy and sure to be grabbed up by top 40 radio once the full project is released. “Party,” with features from Usher and Gucci Mane, is sure to gain traction as well. Be prepared to see Chris Brown everywhere this fall.

The first three tracks from Weezer’s newest album have received a good amount of criticism. Arguably the worst track is “Beach Boys,” which sounds like someone who’s never heard Weezer trying to write a Weezer song. I really want the rest of the album to be good, because I love Weezer. But honestly, it’s looking to be nothing special.

Even if you haven’t heard of Rob $tone, you’ve definitely heard his double platinum hit “Chill Bill.” Unfortunately, the first two tracks released on his debut album don’t look to be able to rise anywhere close to the legacy of his signature track. Maybe he should start writing more songs in the back of cop cars.

Could either of these three release a new project in October of this year? All have projects anticipated to drop sometime this fall. The likelihood seems low — but still very possible.

Scott released his single “Butterfly Effect” back in May and dropped the music video for it in July. Late in August, he announced he was going into “album mode” for the next couple months and hasn’t been heard from since.

Miguel has released an album every two or three years since 2010. His last project, Wildheart, dropped back in June 2015, meaning he’s due to drop a new project. Since late August, he’s dropped two new singles, “Skywalker” and “Shackandawe.” Could this be a sign that his fourth studio album could arrive in the coming month?

Rocky is another artist who’s had a habit of dropping projects every two years, the most recent being At. Long. Last. A$AP. Other members of A$AP Mob have released projects over the past couple months, including A$AP Twelvyy, A$AP Ferg and most recently the entire collective released Cozy Tapes Vol. 2. In an interview with Complex News, Rocky confirmed that he will definitely be releasing a project by the end of 2017. With only three months left in the year, there are better odds he’ll be releasing the highly anticipated project in October than there are flipping a coin twice and having it land on heads both times.