A haunting performance of ‘The Turn of the Screw’ 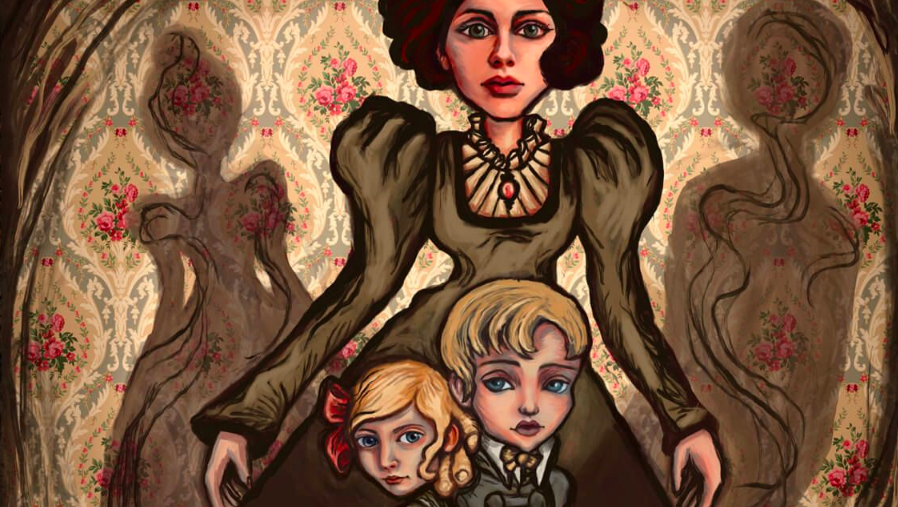 The Turn of the Screw (CUPresents.Org)

CU’s Eklund Opera Program gave a haunting performance of Benjamin Britten’s ghost story “The Turn of the Screw” Thursday in the Music Theater.

It was cheesy and melodramatic until I walked home alone after the show. Then, every creaking branch was creepy and the whistling wind sounded like an ethereal whisper. Ghosts aren’t real. Or are they?

Based on Henry James’ 19th-century horror novella, the opera is a chilling tale of ghosts and possession. It’s a classic gothic horror story like Margaret Oliphant’s “The Open Door,” Elizabeth Gaskell’s “The Old Nurse’s Story” and Edgar Allan Poe’s “The Fall of the House of Usher.” With ambiguous characters and unanswerable questions, the opera made the audience consider what is real, what is madness and whether the distinction really matters. It’s sinister. It’s ominous.

Seeing Britten’s work come to life was both a disturbing and jarring experience. The music is nearly atonal, it’s experimental, atmospheric and abstract, guided only by a recurring 12-note theme. Its descent into chaos mirrored the stories’ horrific twists and turns. The tension was palpable, growing with each of the 16 scenes.

The repeated theme was too atonal to be memorable and the songs blurred together, united only by a sense of foreboding. Inside the songs, allusions and cryptic words created a sense of doubt. Are the children playing a game of make-believe? Or are their potent, horrifying nightmares a corporeal reality?

The set, which consisted of huge geometric shapes, reflected the abstract music. It looked as if set designers had plopped the top of the Sydney Opera House onstage and squished it into five flat translucent panels, allowing ghostly figures to be seen through it.

A projector beamed peaceful country scenes of a creek, trees and clouds. The images were in the style of a woodblock print, simplistic and cartoonish like a child’s doodle. The aesthetic was dreamy and minimalistic.

Part of Britten’s expertise was the range of inspirational emotions. At first, the drama was cringe-worthy and eye-roll inducing. The histrionic outbursts seemed artificial, manufactured and predictable. But later the disorienting music swept us into the fantastical scenes. Like any horror story, feelings of uneasiness, dread, anxiety, alarm, anticipation and confusion escalated.

Yet, the internal conflict remained. Maybe the ghosts were only metaphorical, a symbol for how memories can haunt people and drive them to the brink of insanity. Maybe those voices and ephemeral images came from within. Maybe the characters created their own suffering because they cannot make peace with their past. They can never be free to rise above their pain and live free of fear.

Or was it all a childish game that spun out of control?

Izzy Fincher is the head arts editor for the CU Independent. She is a senior majoring in journalism and classical guitar performance. She enjoys covering local arts and music events, especially classical music concerts. When she is not writing or practicing, Izzy is teaching yoga, walking her dog or listening to audiobooks.