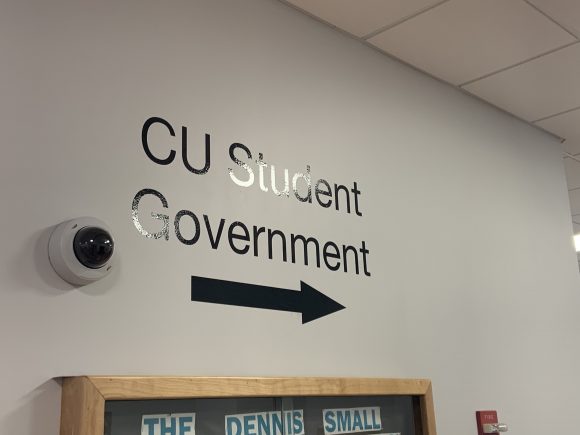 The University of Colorado Boulder Student Government (CUSG) announced the results of their 2022 fall representative-at-large election results on Monday, Nov. 7.

The election marked the first time CUSG officials have used a ranked-choice voting system, which allows voters to rate multiple candidates on the ballot in order of preference.

According to the Election Commission, 1,386 eligible students voted, about 4.7% of the preliminary undergraduate enrollment at CU Boulder.

CU 4 All candidate Elizabeth Craig received the most votes, with 16.96% of the vote after the first round of voting distributions. After round three, candidate Hector Guerrero of the Unity for All ticket took the second representative-at-large seat with 18.69% of the vote, and Kelly Clingan from CU 4 All won the third seat with 17.53% of the vote.

Dedication ticket candidates Raya Patel and Brendan Church won the fourth and fifth seats with 14.72% and 14.14% of the vote, respectively.

Unity for All candidate Trent Devine-Espino did not receive enough votes to qualify for a seat. The results arrived two days after the polls closed due to calculation complications from the new proportional ranked-choice voting system. The new system, which CUSG Legislative Council passed in September, allowed voters to rank their chosen candidates and required that candidates reach a threshold of 16.7% of the vote to be elected. From there, it gets complicated.

“I wanted to…make sure I took the time and really put in the effort to work on the statistical analysis portion of [the voting system] and really do this as accurate as I could, so I could stand by results I could be proud of,” said Election Commissioner Poornima Ramesh.

Ramesh followed FairVote’s guide for proportional ranked-choice voting, with assistance from CUSG Office Manager Megen Princehouse. For the first round of tallying, only voters’ first choice counts, and candidates who pass the election threshold are elected, which happened with Craig. The proportion of overflow votes is then redistributed to voters’ next choice. In this case, Craig passed the threshold by 0.26%, a proportion that Ramesh reported was not statistically significant and did not create a big shift in other candidates’ percentages.

At the end of round four of redistribution, candidates Craig, Clingan and Guerrero passed the election threshold. At this point, the candidate with the fewest votes, Devine-Espino, was eliminated. Patel and Church did not meet the threshold but beat out Devine-Espino for election.

Despite the delay, Ramesh said that the procedural complications don’t call for changing the Election Commission’s bylaws, and she does not plan to make changes for the spring elections.

“I can look into more programs that might be easier to make these calculations,” Ramesh said. “I have plenty of time to figure that out, so I’m expecting spring calculations to go without a hitch.”