Nigh, a Boulder start-up, wants to “revolutionize” local commerce 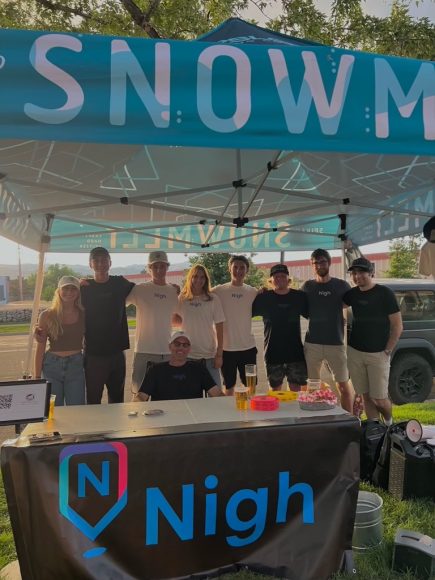 As COVID-19 precautions ease, businesses are trying to keep up with the increased volume of patrons that walk through their doors. This is especially a problem for locally owned businesses and recent start-ups.

Nigh, a small business founded in Boulder, Colorado, aims to address this situation. Their goal is to bring Colorado communities together in support of local businesses to create “a spontaneous local experience,” according to Josh Ritzer, the founder of Nigh.

The app that Nigh uses to connect with community members launched in the spring of 2022. Their mission is “to revolutionize local commerce to help small local businesses be more profitable,” according to their website. Nigh partners with local businesses to organize special deals or promotions that are only available to their app’s users, a strategy they call “drops.”

“We opened a year ago,” said Chet Blakeman, the general manager of Pizza 3.14. “Roughly five months afterward, Nigh contacted us asking to do a drop. The drop included two slices of free pizza for those that got a ticket for the event. Since we don’t usually [sell] slices, the event got a lot of revenue.” 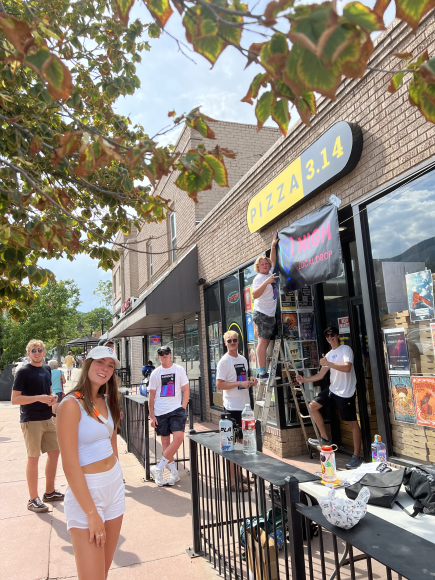 Ritzer, who worked in the tech industry for years, was inspired to launch Nigh to support local businesses. He wanted to offer broader, more community-focused promotional strategies to help them succeed.

“I’ve always had an urge to want to create change,” Ritzer said. “Being born and raised in Mankato, Minnesota, community was really all I had. I had been working in an industry where everyone was pushing forward, instead of maintaining what was already there. That’s when I knew taking care of a community was what I was meant to do.”

Unlike other apps, Nigh uses a private beta, which means the app is invite-only and not publicly available in the app store. Once customers receive an invitation, they can download the app to receive drops. Drops are only available to customers located near the event, in an area called the Nigh Zone. This results in a more inclusive local experience for members in bordering neighborhoods to come and enjoy local commerce.

“We’re revolutionizing local commerce,” Ritzer said. “People show up in minutes for exclusive drops that have a limited amount of tickets, which has never happened before.”

Another one of Nigh’s partners is Saint Vintage, a thrift store located on the Hill that opened this past July. They have coordinated one drop with Nigh so far, which was largely successful according to Ivan Delgado, a sales associate at Saint Vintage.

“[Nigh] came to us asking if we wanted to do a drop with them,” Delgado said. “Immediately, I said yes, to keep business up.”

The drop included a Super Smash Bros. tournament inside of the Saint Vintage store. During the event, customers had the opportunity to see the inside of the new store and check out the vintage clothing pieces, as well as participate in the video game tournament. The tournament lasted around three hours with winners receiving prizes from both Saint Vintage and Nigh. 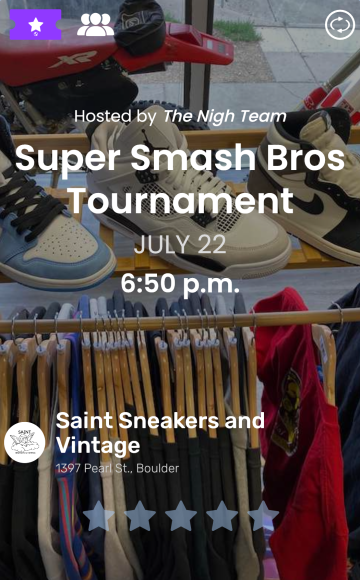 Since the tournament, more new and returning customers have been walking through Saint Vintage’s doors.

“In retail, there’s always [the concern] that people won’t want to walk in your store and take a look around,” Delgado said. “But because of the drop, our average customer is coming through our doors with friends, anticipating new items, [and then] socializing with our staff.”

“I would definitely work with them again,” Delgado added.

Through initiatives like this and many others, Nigh is establishing itself as a resource to help local businesses grow their customer base and engage with the community in new, exciting ways.

“Through these drops, Nigh is getting people to buy local,” Blakeman said. “Since COVID-19, people haven’t been going out and doing things. But I feel like Nigh is bringing that back, which feels great.”

Lauren Schaffler is a Journalism major with a certificate in Care, Health and Resilience at CU Boulder. Outside of editing stories you can find her working at WEEKENDS on Pearl, attending concerts at The Fox Theatre and exploring the Boulder community.