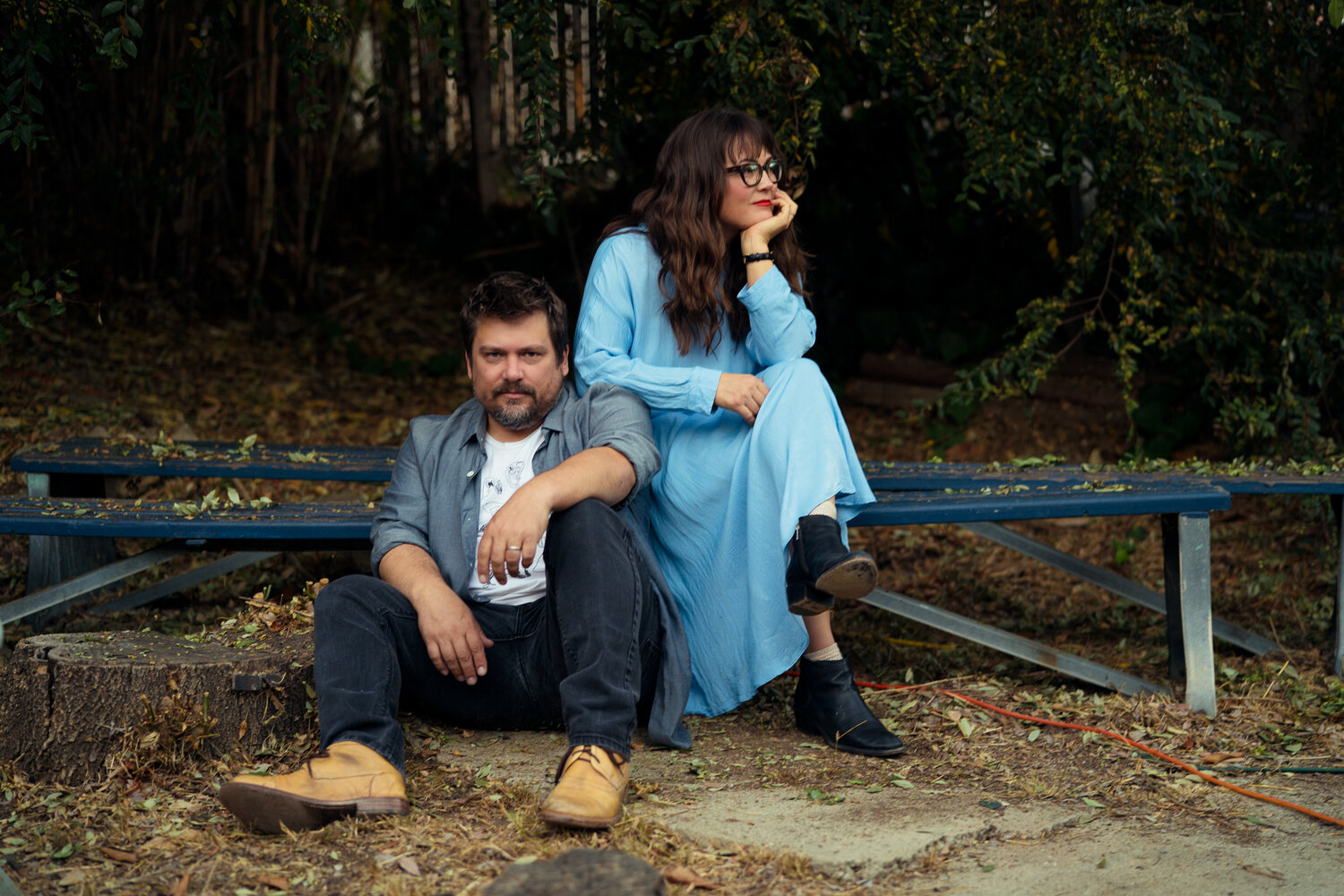 In a world defined by fast-paced, transactional moments, it’s hard to find the time to step back and appreciate the present. Sara Watkins, one half of the folk duo Watkins Family Hour, is seeking to change that for herself. The singer, songwriter and fiddler spent the last two years writing a brand new album with her brother, Sean, and the pair are now setting out to share it with live audiences for the first time.

However, Sara and Sean Watkins are no strangers to fast-paced moments, nor are they unfamiliar with live performance. The siblings spent much of their youth as members of Nickel Creek, a Southern California bluegrass and folk band founded in 1989, when the Watkins were both less than 15 years old. In the years since then, they’ve become accustomed to touring festivals, concert halls and stages across the United States, even landing themselves a Grammy for their 2002 album, “This Side.” Watkins says much of Nickel Creek’s creative success can be owed to that flurry of interaction between its members and collaborators.

“Collaboration is at the core of the folk and bluegrass tradition that Sean and I grew up in,” she said.

Despite all that success, the siblings saw opportunity for new growth, realizing there was much to be discovered by focusing on their bond and creative partnership alone. Thus, they began performing as the duo Watkins Family Hour almost twenty years ago, performing cover songs in a variety show-like setting and shedding away their Nickel Creek identities for the night. And in 2019, the duo completed production on their very first album of original songs written solely by the two of them, released under the Watkins Family Hour moniker.

“It was a genuine opportunity to catch up and get to know each other at this stage in our lives,” Watkins said, alluding to the more introspective nature to be found within the creative partnership with her brother.

This album, aptly titled “Brother Sister,” is chock full of simple, yet intimate guitar and string compositions and lyricism that reflects this newfound reflection on family, love and connection.

“Music right now is cathartic on a lot of levels,” Watkins said. “(The album) was a wonderful opportunity to reconnect on topics and personal matters we hadn’t in a while.” Watkins added that she found a unique joy in the writing process, where her and Sean would meet for hours at a time in 2019 at her home to delve into honest conversations that fueled the album’s lyrics.

However, since enjoying the album’s creation with her brother, Watkins’ life has been defined by anticipation. Due to the ongoing pandemic, it’s been almost two years since the world was put on hold, thus leaving their work shared in a virtual space only. Watkins says many of the siblings’ emotional revelations found in the writing process are bound to translate well to crowds hungry for live performance and human connection.

From her perspective, much of the introspective content on “Brother Sister” is a way for audiences to “make sense of the chaos in their own way.” Watkins hopes the bond she shares with her brother, alongside the wide range of vulnerability, joy, grief and anxiety on the record is enough to make it relatable to listeners, many of whom are looking for newfound emotional breakthroughs following nearly twenty months of isolation and unease.

“I have my own experience with (the pandemic), but it’s not any more special or inconvenient than it was for anyone else,” Watkins admitted. “That being said, it feels great to go out and play these songs for people. We’re just hoping to help people come through the healing process.”

More than anything, the music of “Brother Sister” reflects the spirit of taking things slowly and appreciating the moment, no matter how small, one aspect of the past year that many people have learned to live with.

“There are simple, yet elusive things to be experienced at a concert,” Watkins explained. “You might forget the stresses of life. Maybe you can notice things that that we’re trying to get across, and maybe be challenged by them. It’s really cathartic to share that recovery with other people, and we’re certainly grateful to be a part of any and all of that.”

Watkins Family Hour will perform on Oct. 16 at Denver’s Daniels Hall, and Oct. 17 at Fort Collins’ Armory. Information can be found here.