Bob Odenkirk talks violence, revenge and obsession in his action film debut “Nobody” 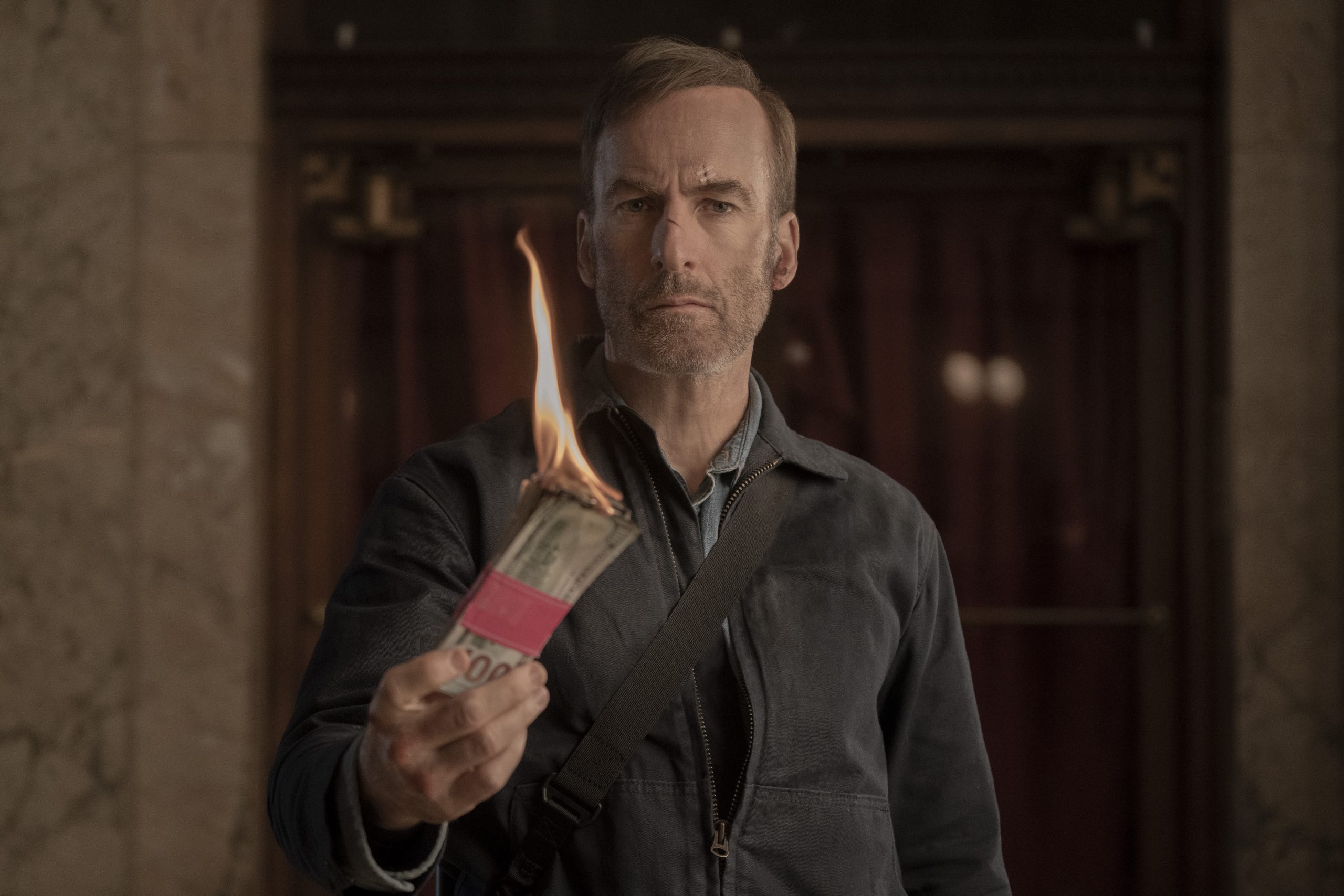 Bob Odenkirk as Hutch Mansell in “Nobody,” directed by Ilya Naishuller. (Photo courtesy of Universal Pictures)

When trying to picture the star of a Hollywood action movie, Bob Odenkirk would likely not be the first to come to mind. However, the actor known for playing quirky side characters and more recently, lead performances in shows like “Better Call Saul” manages to command a screen presence in the new thriller film “Nobody.” In the Universal Pictures film, he delivers a fairly alternative take on a worn genre. In a virtual roundtable with Universal, The CU Independent joined Odenkirk and had a chance to interview the actor about his starring role.

The film, directed by Ilya Naishuller (“Hardcore Henry”), features Odenkirk as the everyman, Hutch Mansell. Far removed from his military service, patriarch Hutch now spends his days repeating the same mundane, white-collar office work and returning home to his withholding wife (Connie Nielsen) and children. The days blend together until Hutch’s home is victim to an armed robbery, leading him to pursue the invaders in a senseless hunt for blood.

Though that may sound like the recipe for many action movies, “Nobody” deviates in the sense that it subverts familiar action-thriller story beats, where the protagonist is often called to action through tragedy or loss, seeking vengeance. Odenkirk’s character faces the reverse problem: while his wife and child remain unharmed from the break-in, they’re left to wonder why Hutch failed to protect them and let the burglars walk. This leaves his family even more cold and distanced from him, while Hutch has nothing tangible to avenge. Instead, he’s left as the neighborhood and workplace laughingstock, or “nobody.”

The film is strongest when it explores the vacuum left by the initial robbery and the mad scramble for Hutch to fill that void with retribution. On a mundane bus trip, Hutch witnesses a group of thugs harassing a young woman. Rather than simply protect the girl, Hutch suddenly flips a switch and decides to go full vigilante on the assailants. Odenkirk’s performance is strongest in moments like these, when his character is given the room to explore his shadowy combat-experience past and whether he’s using it to right an actual wrong or simply to fulfill his own narcissistic, darker tendencies.

“The character is an addict. He was addicted to violence, and he quit cold turkey,” Odenkirk said. “That’s not always the best way to quit something. When (Hutch) goes back in, he gets unhinged.”

The film takes advantage of this characterization to depict its action in a refreshing way in the first act. During the bus fight, Hutch doesn’t suddenly transform into a hulking, bad-guy-stomping hero immediately. Instead, we see him curse and clutch his knuckles in pain after landing his first punches in a decade, while he takes a moment to remove a knife planted in his side before resuming the fist fight. Odenkirk credits the more vulnerable depiction of his character to the film’s stunt producers, led by David Leitch (known for work on the “John Wick” and “Jurassic World” franchises). Alongside the film crew, Odenkirk apparently trained for two years with stunt coordinator Daniel Bernhardt.

“(Bernhardt) is the man who trained me, and he’s maybe the best stunt actor alive in the world right now,” Odenkirk said. “I wanted the full experience and I wanted to push and stretch myself. If I could build off that, it would be a neat trick… crazy magic trick to do action and pull it off,” said Odenkirk, speaking of his journey to portray Hutch in the way the filmmakers intended. “So, I went on a long journey that somehow played out almost the way I dreamed. That never happens.”

The middle portion of the film is a delight to watch for this factor, where Odenkirk manages to give surprising depth to his brooding lead character. Despite his extensive preparation for the role, unlike typical action heroes, Hutch commands a more sinister, brooding presence onscreen. Rather than be outright stoic and perform his actions altruistically, Odenkirk says his character was infused with an almost perverted sense of fascination with conflict, leaving the audience to wonder what exactly drew him towards his tendencies.

That’s not to say that the film leaves a desire for more depictions of violence: instead, whether intentional or not, the glorification of violence in “Nobody” is chillingly laid bare and leaves the audience wondering why American culture has such a fascination with the gritty and gory as of late. Though he says it’s “fortuitous and unplanned,” Odenkirk sees a link between this commentary and the COVID-19 pandemic, which might be the catalyst for repressed emotions in many people around the world.

“Obviously the pandemic is this thing that you can’t hit, you can’t punch, you can’t take it apart physically, you can’t shoot it, you just have to patiently follow the rules and wait and wait and wait,” Odenkirk said. “If there’s something a movie like this can do, it can let you fantasize the feelings inside you and sort of let them go, or play them out and feel cleansed of those feelings. And it’s one reason we like seeing movies that play out violence.”

The depiction of violence, while presented in a fairly interesting way, eventually loses its own focus. The film doesn’t satisfy itself with Hutch being a small-scale vigilante in the vein of “Dirty Harry” or other gritty revenge films of the 1970s. Instead, the film pulls from worn-out tropes made popular in duller superhero or action flicks. Hutch soon becomes wrapped up in a plot featuring shallow Russian mobsters and FBI agents, where the story quickly devolves into action movie generics.

This mix of elements reduces the bulk of the film to a fairly by-the-numbers shootout, leaving little screen time for character study, interesting set pieces or even cinematography. While Hutch’s arc is solid and the action is excellently choreographed, the overall lack of ambition in the script and characterization will prevent “Nobody” from reaching the highs of everyman action classics like “Die Hard” or exploitative, introspective thrillers like “Taxi Driver.”

“Nobody” might not be an awards magnet of a film, but with well shot action at a tight 91 minutes, the film merits its own existence. At the end of the day, the action leaves little room for reflection, but the general themes of violence, revenge and obsession propel Odenkirk’s action debut into a merely watchable tier of cinema that leaves us wondering how the actor would fare if given a chance to star in another, more transcendent film in the same genre.