Comedian Maya May at CU: entertaining stories with social activism 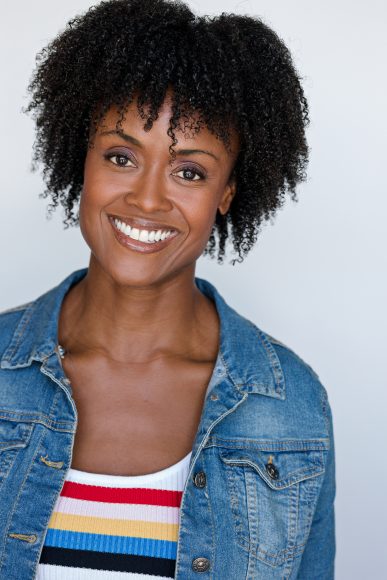 Stand-up comedian Maya May (image courtesy of The College Agency)

Maya May’s energy is electric — even on  Zoom.  The writer and stand-up comedian performed an entertaining set for University of Colorado Boulder students virtually on Thursday, Feb. 25, filled with funny personal anecdotes and comedic critiques of the way society views prejudice. The show was organized by the Center for Student Involvement and the Dennis Small Cultural Center as part of CU Boulder’s celebration of Black History Month.

In 2014, May began doing stand-up full-time, after years of working at a corporate job. Her career switch has certainly paid off. May has made a name for herself with performances at comedy festivals and showcases around the U.S., including the Boston Comedy Festival and Lady Laughs.

May, who grew up outside of Chicago and is now based in Los Angeles, has experienced first-hand how systemic racism can impact people of color in the U.S. Her performance was a brilliant mix of heavy-hitting commentary about this, as well as comedic takes about her own personal stories, allowing her to keep the audience on their toes and unsure if they should be cringing or cracking up.

By bringing light to heavy topics such as racism or sexism through laughter, comedians can persuade their audiences to think about the implications of their social beliefs. This is something that May does brilliantly. For example, by recounting a hilariously dysfunctional relationship, May is actually drawing attention to the way toxic masculinity among white men can contribute to inequality and tragedy.

May also told many relatable stories, like about being a mother and struggling with a past partner’s pet preferences, as well drawing from her diverse life experiences, such as living abroad in Argentina for eight years. In one story from her time abroad, she talked about visiting two different emergency rooms in one night to “get a second opinion.”

By the end of the story,  we realize May is actually criticizing the overpriced nature of privatized healthcare in the US – something that most Americans have horror stories about.

While the show was entertaining and enjoyable for the audience, the limitations of a digital platform in the place of a live stage were glaring. The show got off to a quick start, but it seemed to fall off as it drew to a close. This, of course, isn’t May’s fault — or anyone’s for that matter. Stand-up comedy survives and thrives off of the ability for a performer to gauge their audience, something greatly complicated by a virtual platform like Zoom.

However, despite this disconnect, May made the most of her performance with what she had. Without breaks for laughter from her audience, she kept her performance moving at a fast pace, constantly building on her material with slightly edgy quips and witty remarks. Instead of allowing the limitations of a virtual platform to discourage her, she used the awkwardness of speaking to a screen to further connect with her audience. Though in-person comedy shows might discourage audience members from “heckling” the performer with interjections and comments on the show, May actually encouraged these interactions. She showed an interest in getting to know her audience by asking about their majors and their experiences — something that made the Zoom call feel slightly more like an intimate in-person venue.

May’s ability can still provide an entertaining show online shows her true comedic skill and should make audience members more excited for her future in-person shows. May’s humor and passion for social justice and equality will likely be even more electric live, though Zoom is a good stand-in for now.