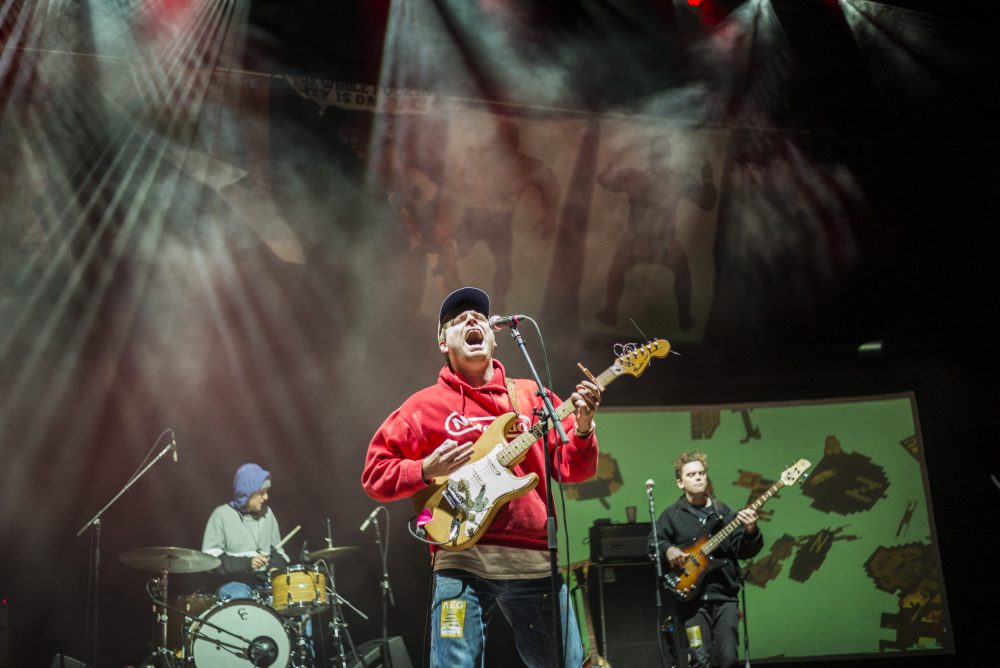 Continuing an almost full year of non-stop touring, Canadian singer-songwriter Mac DeMarco returned to Red Rocks for his third time – his second as a headlining artist.

This year’s gig proved hopeful for the future of the psychedelic-indie rock artist, whose previous Red Rocks appearance raised questions over his health while touring.

“Last time we came here, Mackie had a weird show,” DeMarco said before entering his closing string of songs. “It’s good to be back.”

DeMarco’s Red Rocks gig in 2018 came in the wake of the death of rapper Mac Miller, someone DeMarco and the thousands of fans in attendance had admired. A teary rendition of “Watching Him Fade Away” led DeMarco to grieve openly on stage over the rapper’s passing.

But a year later and DeMarco’s return brought rejuvenated energy to Colorado. DeMarco took the stage following a set from opener Thundercat. The eclectic jazz bassist made a point to honor Cream drummer, Ginger Baker, who had passed away earlier that day. Thundercat played “Sunshine of Your Love” as well as video from “Ginger Baker: In Africa.”

“Enjoy yourself and smile upon your neighbor,” DeMarco said before playing his opening track, “On the Level.”

DeMarco has excelled at giving high energy shows, which he prefers to call “big sexy rock shows.” At Red Rocks, his setlist fluctuated between dynamic jams and slower tracks like “Another One.” Fan favorite “Freaking Out the Neighborhood” followed a string of three slower songs in which Mac bargained with the crowd over if he could play another song at that same tempo.

Recently, DeMarco has been tasked with switching up his setlist. He has expanded his tonal diversity yet has still stayed true to himself and the vulnerability he conveys in his songs. “Still Beating,” a song about love and longing, was played for the first time in Colorado after the artist announced that he had decided to play it halfway through his current tour. DeMarco also played “My Old Man,” in which he told the crowd, “This song is about my Daddy issues.”

Subject matter aside, DeMarco’s shows are a communal experience. In the left corner of the stage at every show is a long table in which openers of the evening sit and enjoy the set while eating dinner. DeMarco will often invite the guests at his table to accompany him on stage. Halfway through his set, he invited Snail Mail’s Lindsey Jordan on stage to accompany him on guitar during his song “Choo-Choo.” 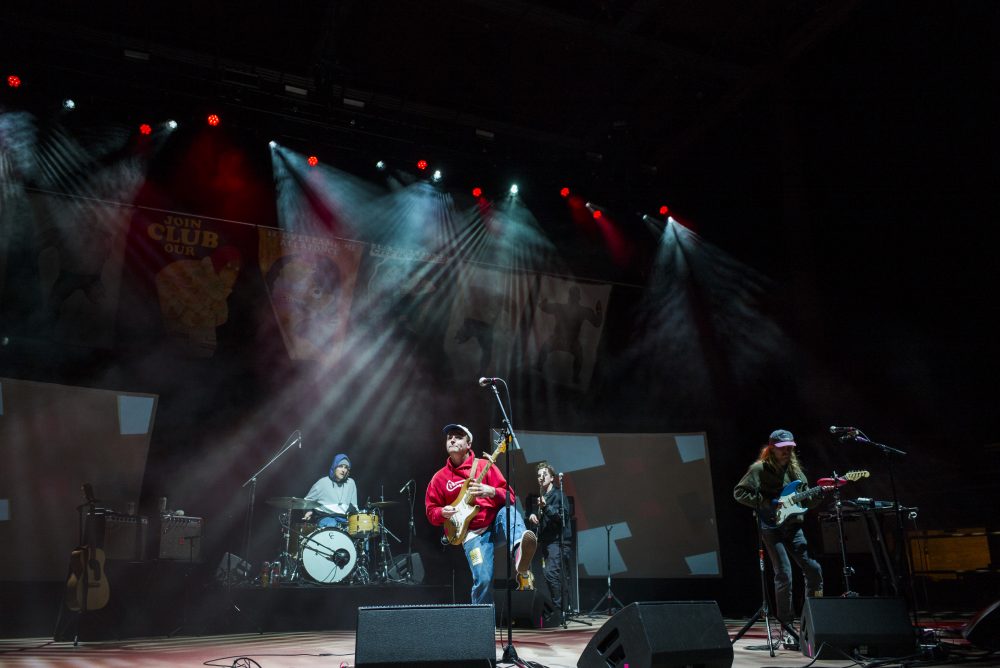 DeMarco closed the evening with support from Thundercat on bass and played his staple closing track “Still Together.” At the songs halfway marker, he thanked the crowd for coming out and announced that guitarist Andy White will be doing a guitar solo. He then took a step back to give White the stage who hit his distortion and broke into a cover of Steve Miller’s “Rockn’ Me.”

The band returned for an encore, “a song we haven’t played in a while.”  DeMarco then busted into a cover of Metallica’s “Enter Sandman.”

DeMarco is an interesting case study into the intricacies and evolution of current indie-rock. He is a front runner in the genre and has blown up in popularity. On his early albums, his tracks reflect chorus-heavy guitar leads in alternate tunings. Since the release of his albums “2” and “Salad Days,” there has been a massive influx of artists trying to emulate songs rich in chorus and reverb. However, this is not the direction that DeMarco’s music is headed anymore. The songwriter has started phasing out chorus completely and transitioned into slower acoustic ballads.

DeMarco will continue to tour next month and has announced new dates in Japan. More information can be found here.