Opinion: Entering a journalism career under the shadow of vultures 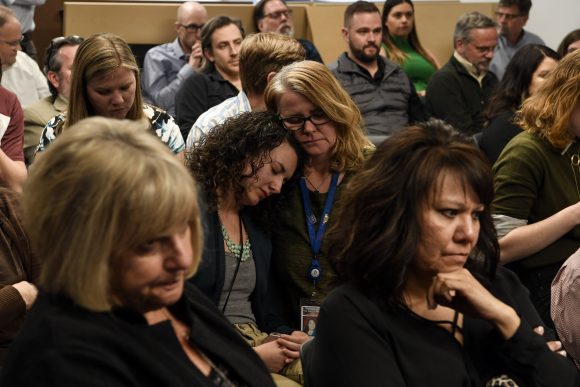 I will graduate from the University of Colorado Boulder in roughly a year’s time, at which point I’ll enter the real world and hope to find a job in journalism. I’ve worked at the CU Independent for nearly four years now, both as a writer and editor.

I’ve been proud of the content that I’ve produced in college. Driving 36 hours round trip from Boulder to Ann Arbor, Mich. a few years ago to cover the Buffs take on the No. 4 Wolverines is a journey that I’ll never forget.

I’ve branched out and taken advantage of the opportunities that are present at CU. I’ve completed multiple internships that I hope will boost my resume and help me to stand out from the crowd of fellow journalists.

That said, sometimes I can’t help but be discouraged that it might not matter. The recent gutting of The Denver Post, Colorado’s largest newspaper and a 9-time Pulitzer Prize winning publication, was shocking as it was devastating.

Recently, the Post’s hedge fund owner, Alden Global Capital, announced the termination of more than 30 positions at the Post. At the time, the newspaper’s staff had dipped beneath 100, even before the cuts. The same day that student newspapers across the country called for more support for student media, Alden and their corporate cronies fired a journalist we all look up to, Dave Krieger of the Daily Camera.

One can only imagine what it must have been like as a staff member receiving the news. It must have been newsroom-Russian roulette, waiting for to see who would be asked into the editor’s office to hand in their press pass and who escaped the layoff guillotine.

The whole ordeal, having taken place so close to home for me in Boulder, serves as a rude reminder that I’ll soon enter the same market that I’ve now seen so ruthlessly ripped apart by soulless higher-ups, who seem more than happy to destroy anything and anyone in their way if it means accomplishing a fatter profit margins.

Were some of my relatives right when they warned me to pick a safer, more applicable major and career course? How about my own my own cousin, who upon hearing me express my desire to study journalism, asked me “Do you want to be poor for the rest of your life?” Was she right?

I suppose only time will tell. I knew long before this recent marketplace example that there were far too many journalists going after far too few professional opportunities. I didn’t expect an easy time coming out of college.

Instead, I have and continue to do as much as I can, to the best of my ability, to put myself in a position where I can impress potential employers and earn myself a position in the real world.

But I’m sure the 30-odd Denver Post employees that recently lost their jobs did the same thing. I bet they had internships, worked hard in college and worked damn hard in the Post’s newsroom. But yet their positions were mercilessly scrapped, leaving them to figure out the next steps of their lives.

All I can do is keep my head down and do my job. As of right now, this overall story lacks a silver lining.

But I’d be lying if I didn’t admit to being fearful of what lies ahead. But with all my concerns and worries related to my future and the market that I’ll look to sustain myself as an independent adult, I feel proud to be a journalist.

Opinion: Replacing Spring Break with ‘Wellness Days’ is not...