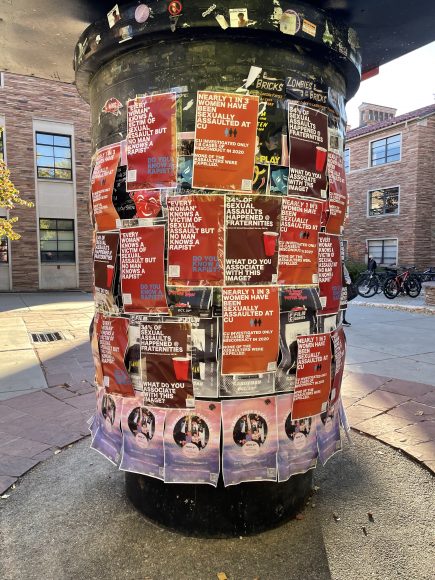 The University of Colorado Boulder’s Norlin Quad and northern part of campus was covered in flyers and messages written in chalk accusing CU Boulder of inaction on sexual assault and violence on campus early Thursday morning.

The posters, with a majority of them taken down, highlighted sexual assault statistics from a 2015 CU Sexual Misconduct Survey stating 34% of sexual assaults happened at fraternities. Another has a quote stating “every woman knows a victim of sexual assault but no name knows a rapist,” ending with the question, “Do you know a rapist?”

CUSafeCampus took to Instagram to taken ownership for the posters, stating “We demand accountability.”

This is a developing story.