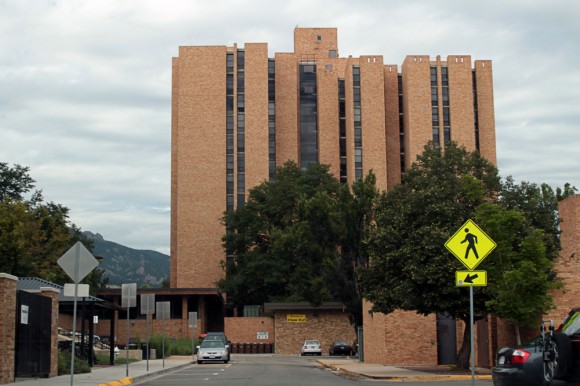 Stearns West Hall in Williams Village. A student was found unresponsive in his dorm room and was later pronounced deceased on Tuesday. (Calyx Ward/CU Independent)

A male student has passed away in Williams Village, according to a press release from CU’s Dean of Students, Christina M. Gonzales.

The press release states that the student was found unresponsive in his Stearns West dorm room, and the police were called shortly before 2 p.m. Paramedics responding to the scene determined the student was deceased.

“Please know that our thoughts are with the family and friends of our student,” Gonzales said in the release.

The student’s name and cause of death have not been released.

CU police and the Boulder county coroner’s office are investigating, and no indications of foul play have been found so far.