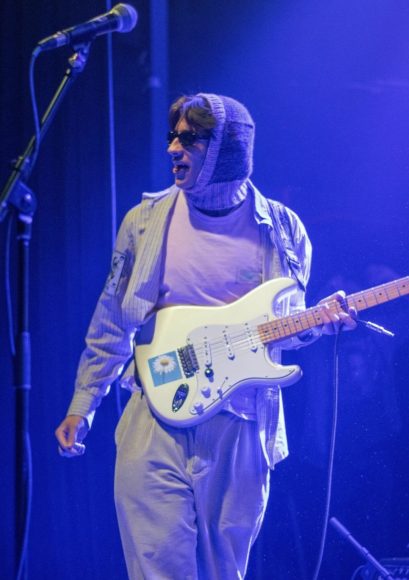 With blood-stained fingers, he innocently rolls up his sleeves. Angling his head towards the recording device he laughs, “Alright. My name is Kiril Hajipetkov. I’m sure you’ll be able to spell that one out from the recording. I’m from New Jersey. Mendham. The Dirty Jersey. The 973. I play guitar for The Rocky Coasts.”

When prompted about his reddened hands the guitarist will simply offer, “They bleed when I play too long.”

In the aftermath of a show, it’s nearly impossible to get a word in as swarms of fans, friends, and band members alike race to Hadjipetkov’s sides.

“Kiril has this way about him that makes you immediately think he’s the best person in the world,” said his long-time friend Jill Vallance. “He’s such a talented, dedicated musician, but he’s also the most humble, down-to-earth guy. I love that about him.”

In the past two years, Hadjipetkov and The Rocky Coasts have disrupted Boulder’s music scene entirely. Playing shows bi-weekly, winning Boulder’s student-voted Battle of the Bands in 2020, and performing for crowds of hundreds at Fox Theater in December of 2021, April 2022 and August of 2022– The Rocky Coasts has grown to be a Boulder fan favorite.

On Sept. 6 The Rocky Coasts will perform at the Dillon Amphitheater, an iconic outdoor venue located in Dillon that has hosted the likes of singer-songwriter Bob Dylan, former Grateful Dead bassist Phil Lesh (who now performs as Phil Lesh and Friends), 1997 Rock and Roll Hall of Famer George Clinton and his Parliament-Funkadelic collective, and Colorado band The String Cheese Incident. This performance marks a monumental step for the Jersey-local band.

“We’ve been working overtime. It’s all we do,” said Hadjipetkov. “We put a lot of time into this. It’s real. It’s a sense of realness. Knowing that our success is based on hard work and literal — and I mean literal — blood, sweat and tears. It feels good.”

The band’s transition from high school audiences to the broader reaching student community at Boulder has been drastic. The Rocky Coasts are amassing a fanbase of hundreds that surges daily.

“Our gigs are always packed,” Hadjipetkov said. “I see random kids singing along to the lyrics we wrote, and I’m like ‘Who the f— are you? But, like, sick!’ I’ve started getting recognized around campus. It’s beautiful to see.”

Hadjipetkov was first introduced to music as a child through classical training. The practice was emphasized greatly in his household, where his parents pushed him to play both classical and jazz piano for years. Though neither of his parents practiced an instrument seriously, his family shared an outright appreciation for all music types.

When Hadjipetkov realized that the classical training environment was far outside of his realm of musical interests, he soon picked up guitar playing.

“I remember watching the Spongebob movie guitar solo. That made me realize that I wanted to play guitar. I thought, “If I’m gonna do music, I have to enjoy it,” said Hadjipetkov.  “I was okay at classical and jazz piano, but I just hated it. That’s not who I am.”

Hadjipetkov has always been averse to a lifestyle without music.

“It’s definitely always been music. That’s really impressive, but kind of scary, too. I think about it so much,” Hadjipetkov said. “Music saved my life. It sounds corny, but it’s true. There have been endless times in my life where I’ve felt like I needed something, and the answer is always music. It’s like true love.”

When Two Roads Diverge, Which Does One Travel?

In 2020, the musician encountered a life-altering crossroad. Recently accepted into Berklee College of Music, Hadjipetkov was forced to decide where to continue his musical career as a soloist, or invest in his band’s future.

“My sister went to Berklee and my dad really wanted me to go there,” Hadjipetkov said. “I auditioned, and I got in. [He] was kind of disappointed when I didn’t go. But then he saw me play at the Fox Theater, and now he sees the light. He totally appreciates everything we’re doing.”

Hadjipetkov’s father remains his most enthusiastic supporter, pushing for his son to share and create his unique sound.

From Suburban Sound Machine to The Rocky Coasts

The inner workings of The Rocky Coasts today are akin to those of a family. Of the now five members of the band, three grew up together in Hadjipetkov’s hometown of Mendham, New Jersey. The musician began his friendship with TJ Gembala, bassist for the band, when they were both in fifth grade. He met Rhys Heraghty, now guitarist and vocalist, just a few years later in high school. 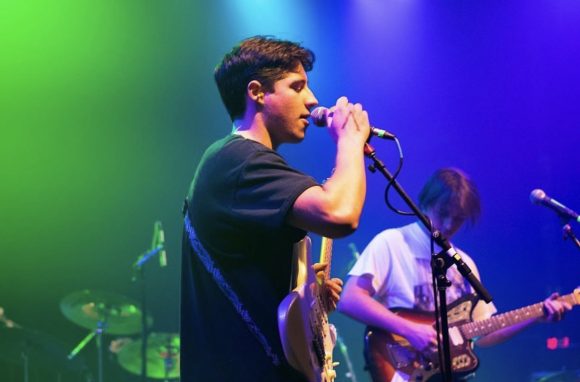 “TJ was into My Chemical Romance and Fall Out Boy — all of those cringey bands,” Hadjipetkov said. “One day TJ was like, ‘I’m gonna learn the bass,’ so I was like, ‘Then I’ll learn the guitar.’ And honestly, I just fell in love with that. I would say mine and TJ’s personal music journey started then.”

The Rocky Coasts didn’t get an official start until Hadjipetkov’s junior year of high school in 2018. That year, the band consisted solely of Hadjipetkov, Gembala, and Heraghty. Initially called Suburban Sound Machine, the trio played local venues to crowds of teenagers.

“We were trying so hard to be all cool and trippy,” laughed Hadjipetkov. “When we read those old lyrics now it’s just funny.”

Amidst mounting local popularity in Mendham, the band sought a name rebrand that matched their maturing music style.

Kiril says that the overall vibe of Boulder attracted him, Gembala, and Heraghty to continue their music career at the University of Colorado. “We felt like there was no Colorado indie music scene, and I just thought ‘Why not bring it to Colorado?'” Hajipetkov said.

In 2020, the band warmly welcomed a seasoned drummer and producer, Jason Shegoleff, and a fan-favorite shirtless saxophonist, Teak Biaggi.

“We’ve always established that we’re a family,” Hadjipetkov said. “We’re all very lucky to have the opportunity to do this, and we have to have each other’s backs.” 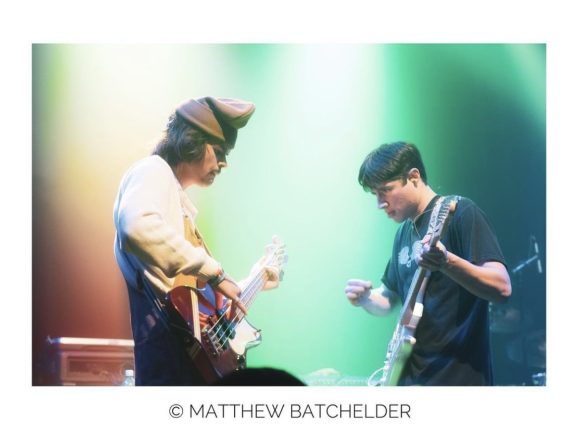 When Hadjipetkov Performs, You Listen.

When the culmination of hours-long band practices and songwriting comes into play, Hadjipetkov says the feeling is like no other. For the guitarist, performing live gives him a sense of control that is both freeing and deeply personal.

“Watching Kiril perform is the best experience of all time,” said Vallance. “You can tell just by the way he’s able to do things so seemingly effortlessly. Doing insane things with such ease. And he’s having so much fun. You can tell because you’re having fun with him.”

“It feels like a release, to an extent,” said Hadjipetkov, referencing his performances. “Most of my songs come from a place of not feeling good, necessarily. When you play it live it’s like you’re taking that negative reasoning and flipping it to make the best music. It feels good.” 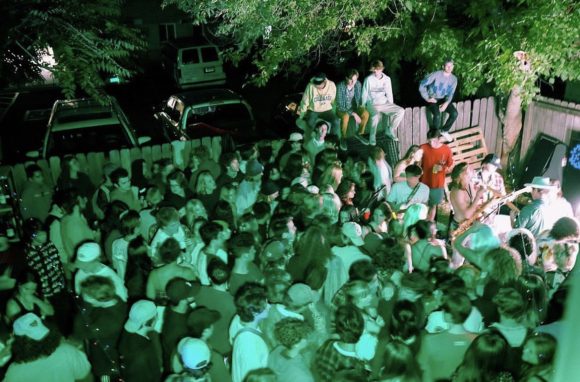 “Any Future For The Rocky Coasts Ain’t Bad”

With weekly concerts surging and an album released in March of 2022, The Rocky Coasts show no signs of slowing their mounting success. Hadjipetkov is in the process of writing various new songs — with titles that are yet to be dreamt up.

Hadjipetkov’s eternal dream remains to live and create within the world of music. The guitarist holds out hope for the possibility that The Rocky Coasts will continue down their path of success.

“I have a certain hope when I’m playing shows,” Hadjipetkov said. “I feel like I’m on the right path…deep down, I would hate to enter the workforce as an adult after school. I would love to continue to play in the band and to have people know who we are.”

For a musician that started playing the guitar because of a Nickelodeon movie, Hadjipetkov’s path to success has remained uniquely inspiring and successful.

“So, I guess any future for The Rocky Coasts ain’t bad,” laughed Hadjipetkov. “We’ll figure it out. We got some time.”