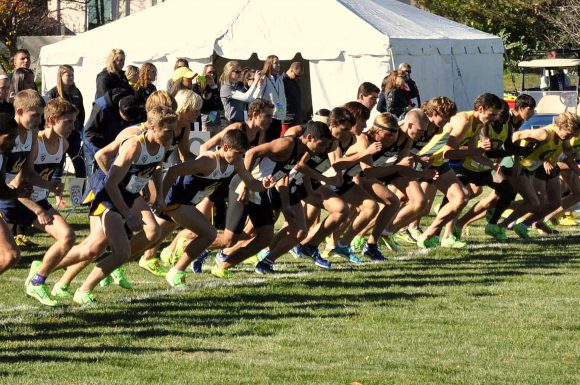 As the pandemic continues, the 2020-21 cross country schedule was quite different than in years past. Half of the schools in the country competed in the standard fall season while the other half, including the University of Colorado, are currently winding down the winter season. Due to the adjusted season, the Buffs will only compete in a maximum of four meets depending on if they qualify for the NCAA championships in mid-March.

This season, Colorado has competed in two meets with considerable success. CU opened with the Florida State University Winter Classic on Feb. 5. The then-No. 8 Buffs women won the Garnett 6k race, while the then-No. 13 men took third place in their 8k Garnett race, below Pac-12 rival No. 12 Stanford who won the race.

In the women’s Garnett race, the Buffs were led by senior Rachel McArthur, who finished fifth with a time of 20:20.

“It was a nice race for Rachel,” said head coach Mark Wetmore. “There were pretty much 15 women in a big blob. When it started to stretch out, some people got ahead of her. She’s a little rusty in cross country, and now we go back to work.”

On the men’s side, the 8k Garnett race garnered a lot of attention as it contained three of the top-15 teams in the country, including the Buffaloes.  While Stanford won the race, CU also fell behind No. 6 Iowa State in the tiebreaker for second place. It was still a solid race for the Buffs as seniors Eduardo Herrera and Alec Hornecker finished in the top-10.

Wetmore considered the day a success, especially for Herrera, who finished in second place at 23:03.4. Wetmore remarked on the dedicated work Herrera put in during quarantine to prepare for the season.

“He’s had a wonderful last six months,” Wetmore said. “He worked so hard this summer when everything was shut down and he was home alone… He is a completely different runner than a year ago.”

Two weeks after the FSU Winter Classic, the Buffaloes traveled to Las Vegas for the Battle Born Collegiate Challenge on Feb. 19. Because of the truncated season, this marked their last meet before the Pac-12 championships which begin on March 5. It was a relatively strong showing for both the men’s and women’s varsity teams.

The now-No. 10 CU men recorded a third-place finish but could not best two top-five teams, Northern Arizona and Stanford. On the women’s side, the No. 5 Buffs finished fifth in a very tight race that only had them out of third by two points.

Missing McArthur due to injury concerns, the CU women were led by graduate student Abby Nichols who ended up having her best race as a CU runner. She finished eighth with a time of 20:02.5 in the 6k race. Wetmore thought it was a race that suited Nichols well, and she did not disappoint.

“This is the race we knew Abby could run,” Wetmore said. “She was a little off two weeks ago but solved that problem. We were hoping for this and got it.”

The men had similar success to that of their first meet with repeat top-10 finishes for seniors Eduardo Herrera (3rd) and Alec Hornecker (7th). Herrera’s second top-five finished in as many races marked his stance as the true number one runner on the team.

With such a limited number of races this season, the Buffs will have to hope that their successes of the first two meets continue into the postseason. Colorado’s two top-10 groups will have to peak at the right time to make a run at NCAA glory.

The Colorado Buffaloes will race next in the Pac-12 Championships on March 5 at University Place, Washington. The men are scheduled to run at noon MST and the women at 1:00 p.m. MST.