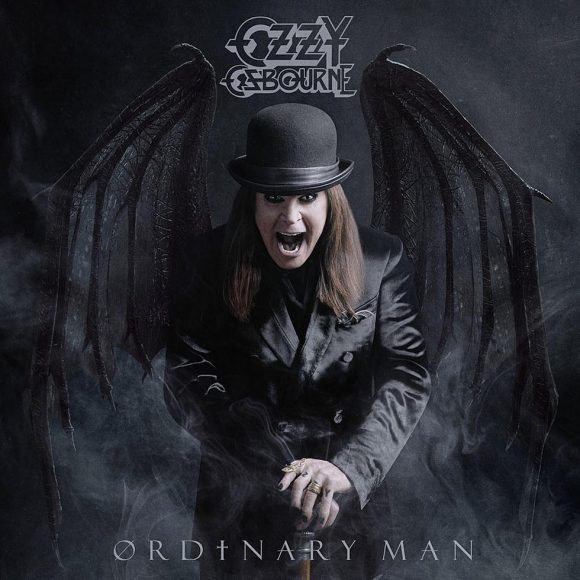 A decade after his previous solo release and a week after the 50th anniversary of Black Sabbath’s self-titled debut, Ozzy Osbourne released his new album on Friday, Feb. 21. With introspective and emotional themes and Osbourne’s reported health complications, “Ordinary Man” feels like an epilogue to a music career that spanned nearly half a century.

Although “Ordinary Man” is more mellow than most of Osbourne’s solo discography, the song structures in the record closely follow the heavy metal blueprint. With Guns N’ Roses’ Duff McKagan, Red Hot Chili Peppers’ Chad Smith and the prodigy producer Andrew Watt at the helm, instrumentation stays true to Osbourne’s roots and plays to his strengths. The album does not feel dated.

Just as in earlier Osbourne records like “Blizzard of Ozz,” the dynamic tracklist swings from slow-paced, melodic ballads to full-force heavy metal bangers. Due to Osbourne‘s masterful vocal delivery and well-polished production, these changes do not feel abrupt or disruptive. Instead, they present multiple facets of Osbourne‘s artistry cohesively.

“Ordinary Man” sees Osbourne hitting the most intimate and emotional lyrics in his discography. The majority of the album deals with topics like death, legacy and Osbourne coming to terms with his mortality. Given the context of Osbourne’s comments about his health complications interfering with the recording process, as well as reports about his fight against Parkinson’s disease, Osbourne’s lyrics feel more tangible than ever before.

Osbourne’s invincible rockstar persona has been replaced with a mortal, ordinary man. He is seen as vulnerable and sentimental. Especially on tracks like “Goodbye” and “Holy For Tonight,” Osbourne faces his mortality, imagining his thoughts on his own deathbed.

However, “Ordinary Man” is far from a sob story. Osbourne brings his energy and crazy personality, letting the introspective moments feel like a ride the listener is tagging along towards a happy resolution.

Some of the best moments in the album are from the title track, featuring the silky voice and piano of Elton John and a signature guitar solo from Slash as an outro. The track deals with Osbourne and John reminiscing about their legacy and looking back in retrospect at their long careers. The track’s pacing is catchy and melodic, while progressively building up to an epic outro with both guest artists.

After a long break, Osbourne has returned to the limelight last year with his feature on the Post Malone track, “Take What You Want,” which also appeared as the closing track in “Ordinary Man.” Osbourne closing out his potentially final album with features from the self-proclaimed rockstar is a fitting epilogue to his discography, as if he acknowledges the passing the torch to the new generation of rockstars.

Despite being far from a groundbreaking album, “Ordinary Man” is a solid project, which celebrates Osbourne‘s legendary 50-year run. Similar to Black Sabbath’s reunion after 28 years with their last album “13” and their farewell tour, Osbourne invites his fans to share a moment in his life and celebrate his legacy for one last time.