Creepy Colorado: The haunting history of the Stanley Hotel 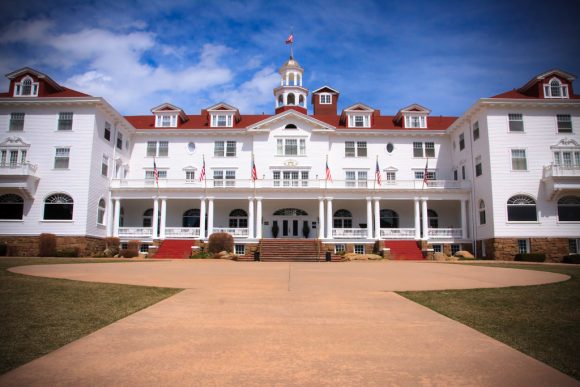 This piece is the first in a series of stories highlighting the creepier side of Colorado.

One snowy night in the Rocky Mountains of Colorado, Stephen King and his family drove the winding roads up to Estes Park, stumbling upon the Stanley Hotel as they tried to escape the frigid weather. Without proper heat for the winter, the hotel was only a day short of closing for the season — the Kings checked in for the night as the only guests with a limited staff. With the eerie loneliness of the hotel and the paranormal history, King was inspired to create his third and arguably most popular novel, “The Shining.”

The popularity of the novel, as well as the lore of the hauntings over the past century, have created a huge tourism industry for the Stanley Hotel. Without Stanley Kubrick’s movie adaptation of The Shining, it is questionable whether the Stanley would still be standing today. The hotel plays the film on a continuous loop in the guest room and a collection of King’s novels are displayed in the ghost tour room. Despite the hotel gaining its popularity from the novel and subsequently the film, it has a mysterious and haunted history that predates its macabre fame.

Freelan Oscar Stanley was a person of many talents, trades and interests. Freelan and his identical twin brother, Francis Edgar, were young inventors, creating all sorts of things from violins to maple syrup. This penchant for experimentation lead them to the design of the Stanley Steamer automobile. Unfortunately, a life-threatening case of tuberculosis sent Freelan Stanley and his wife, Flora, to the curative Rocky Mountains in Colorado. As a result, the couple found their way to Estes Park and began their new lives.

In 1909 Stanley built the infamous Stanley Hotel, beginning a century of mysteries and eerie happenings. Just two years after the hotel opened, Ms. Elizabeth Wilson was tending the rooms when a thunderstorm rolled through the mountains of Estes Park, wiping out all of the power in the Stanley Hotel. Going from room to room, the housekeepers carried lit candles to ignite the acetylene gas lamps.

Wilson approached a room that unknowingly would become the focal point of mysterious activity for more than a century to come: Room 217. As she made her way in, the odorless gas connected with the flame of the candle, immediately igniting into a fiery eruption and blasting Elizabeth through the floor into the MacGregor Dining Room. Despite the intense explosion, Elizabeth survived, only suffering two broken ankles.

Reportedly, the injured employees and guests were sent to a hospital in Longmont, although not much documentation of the patients exists. Even though Elizabeth walked away from her injuries in 1911, her ghost is said to still reside in the hotel. More specifically, in room 217. It has been rumored that in that room clothes are mysteriously folded or put away. It is said that Elizabeth was old-fashioned and proper, so when an unmarried couple comes to visit her, she will climb in bed between them throughout the night. Elizabeth Wilson’s life is just as mysterious as her afterlife. Despite the years working at the hotel and the documentation of the explosion and hospital records, not one photo can be found of Ms. Elizabeth Wilson.

The explosion sent the hotel spiraling into an era of spiritual activity. A majority of the haunts are known to occur on the fourth floor. From self-opening closets to the giggling and running children, this phantasmal floor of the hotel exhibits a lot of activity.

The most notable by far is room 428, where a ‘friendly’ cowboy often sits on the corner of the bed waiting to greet you. The grand stairway in the lobby has also been a huge site for seeing the apparitions of the hotel — a sort of vortex for the spirits to move from the main lobby all through the halls.

One guest reported taking pictures of this brilliant staircase only to find a strange womanly figure standing at the top in the photos.

There are many ways to experience the superstitions of the Stanley Hotel for yourself. Throughout October the Stanley presents the Twin Terror Weekends, including a murder mystery dinner, the Shining Ball and the Halloween Masquerade Party. There are also nightly ghosts tours that explore the dark history surrounding the hotel.

If you’re courageous enough, there is always the option to stay overnight in the notoriously haunted rooms.