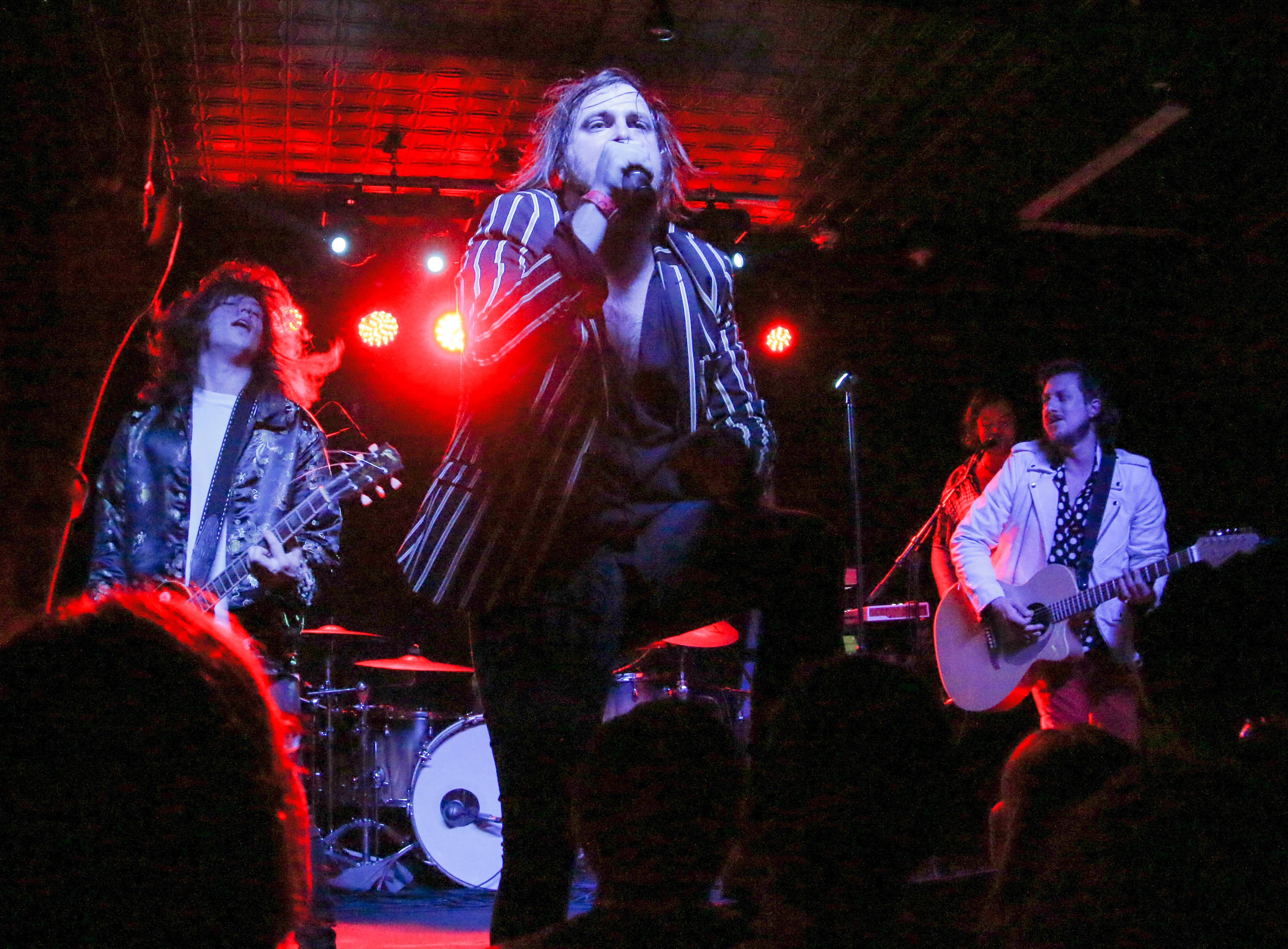 The Unlikely Candidates dominate the set right after when they get on it. May 10, 2019 (Hunter Allen / CU Independent)

Before we get to The Unlikely Candidates, let me first talk about Irontom’s thrilling performance. Irontom, a five-person indie-rock/neo-prog group from Los Angeles, draws influence from bands like Talking Heads, Led Zeppelin and Arctic Monkeys. With a set full of energy, they never left the audience bored during the May 10 concert. Between vocalist Harry Hayes and guitarist Zach Irons, they always had something to keep us in awe.

Following this, The Unlikely Candidates put on a chaotically explosive show from the moment they stepped on stage. The indie-rock group has done well over the past few years with multiple songs showing up in high chart positions in the alternative rock scene. Originating from Fort Worth, Texas, childhood friends Kyle Morris (lead vocalist) and Cole Male (guitarist) formed an acoustic group in 2008, and since then, they have recruited Brenton Carney (guitarist), Kevin Goddard (drummer) and Jared Hornbeek (bassist).

Opening up with their top-rated song on Spotify, “Call My Name,” they started the set on a solid note.  A song that is more poppy than the group’s other pieces, it proved a good opener, easy to sing along with and agreeable with the masses. The next highlights of the show were from songs “Fingers Crossed”, “Best I Ever Had”, “Danger to Myself” and “Novocaine,” with audiences resonating with these more relatable songs.

“Celebrate”, a song by the Dirty Heads featuring Unlikely Candidate was also performed. This melancholy track struck a chord with the audience, bringing up the concept of sacrificing time with family for greater success. Just because Denver is so great, the band also played a lesser known song called “Trampoline” which they usually leave out of their set. The audience immediately started screaming “Thank you!” as the beat began.

I will leave you with the absolute peaks of the show. “Ringer” is a very fun song that had everyone in the room dancing and singing along. Among their greatest hits, “Follow My Feet”, which made it to number six in the Adult Alternative Songs chart, and “Your Love Could Start A War,” are bangers that had everyone jumping high in the air. Artists from every band stuck around to mingle and chat with audience members at the restaurant afterwards. All in all, this intimate concert gave everyone that attended a fun night with splashes of absolute mayhem. 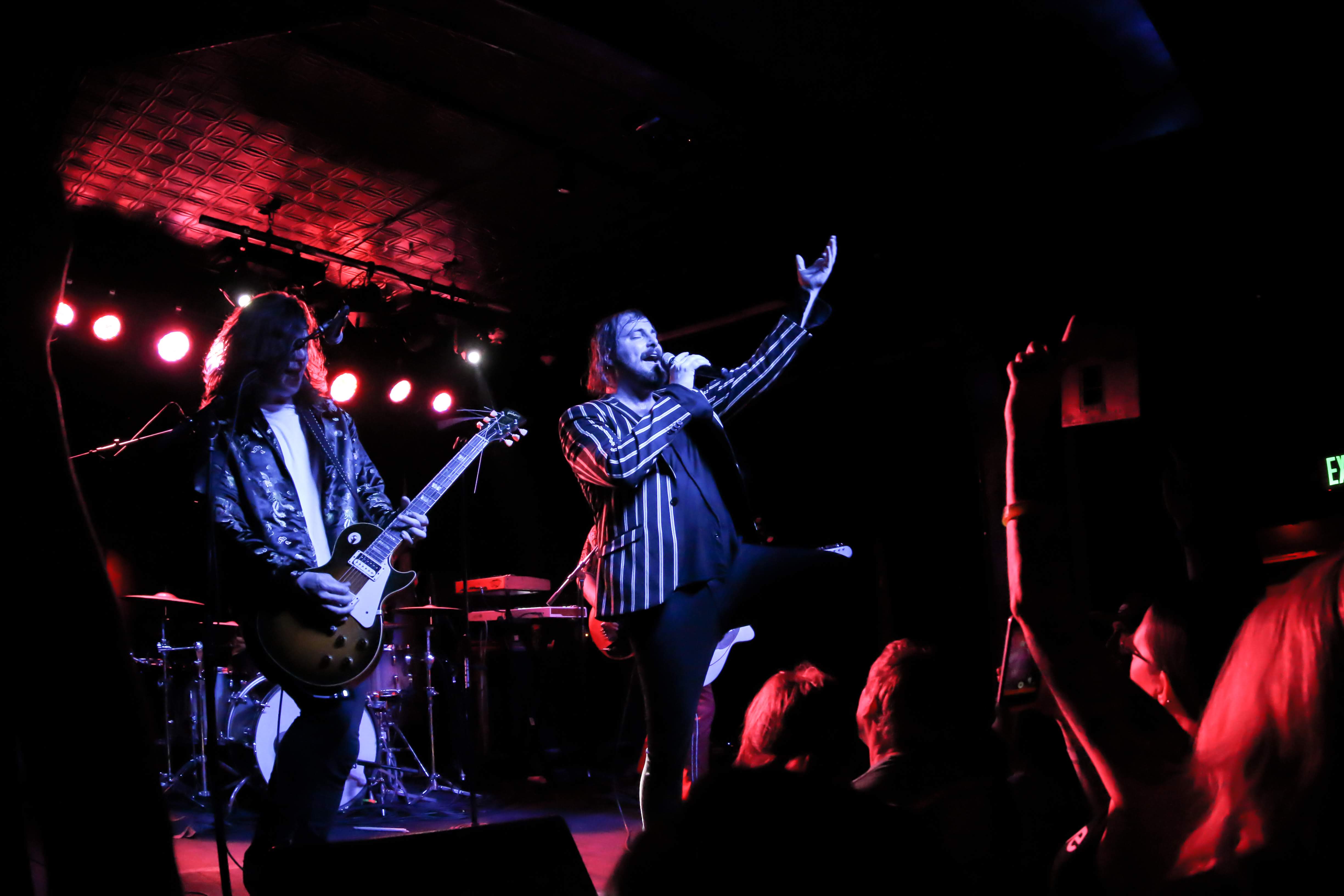 Building up for an exciting drop, the crowd prepares to jump. May 10, 2019 (Hunter Allen / CU Independent) 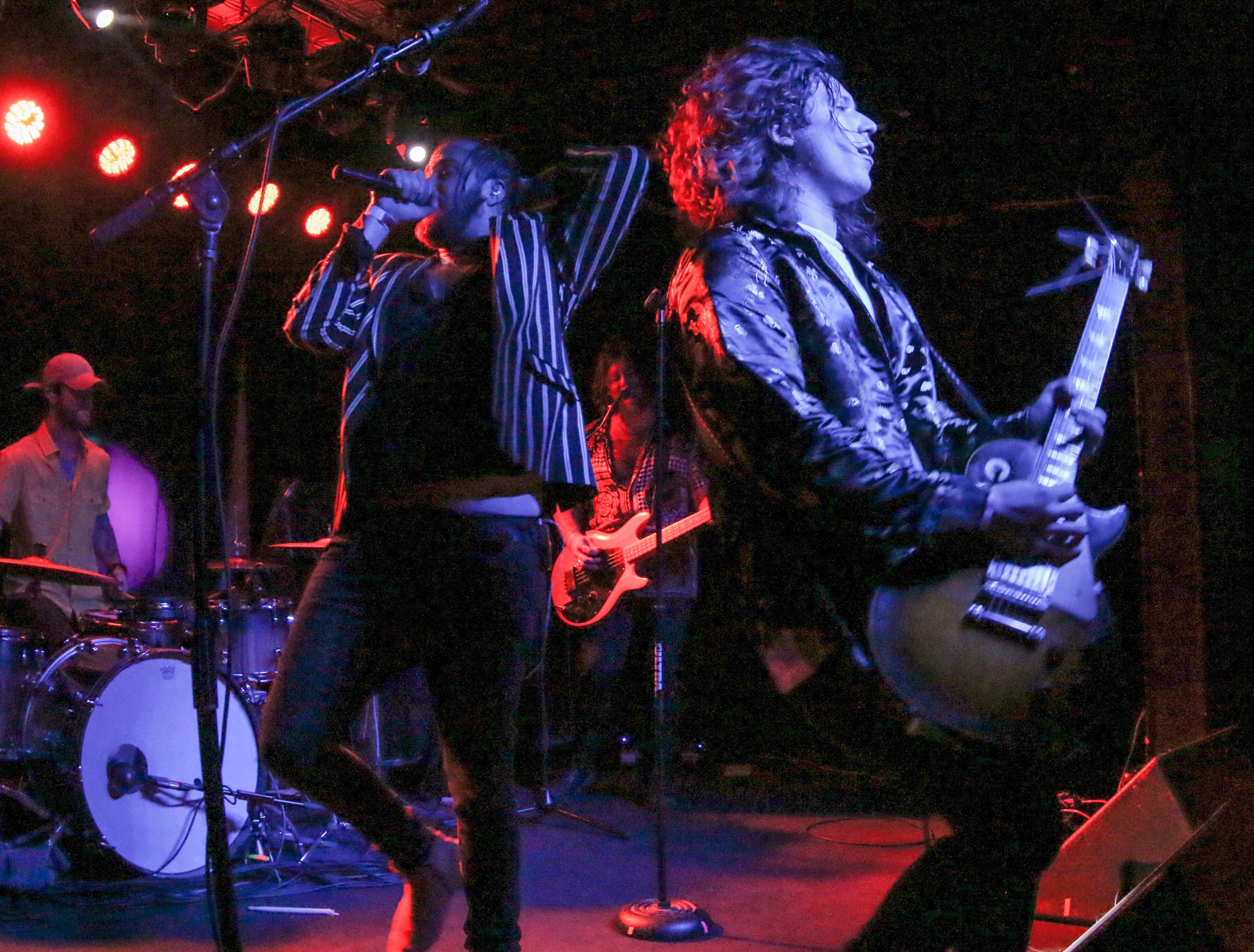 Opening the set with Call My Name, the Unlikely Candidates lead with their most popular song. May 10, 2019 (Hunter Allen / CU Independent) 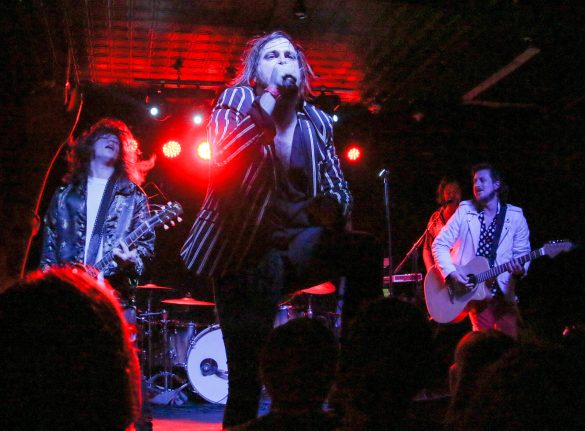 The Unlikely Candidates dominate the set right after when they get on it. May 10, 2019 (Hunter Allen / CU Independent) 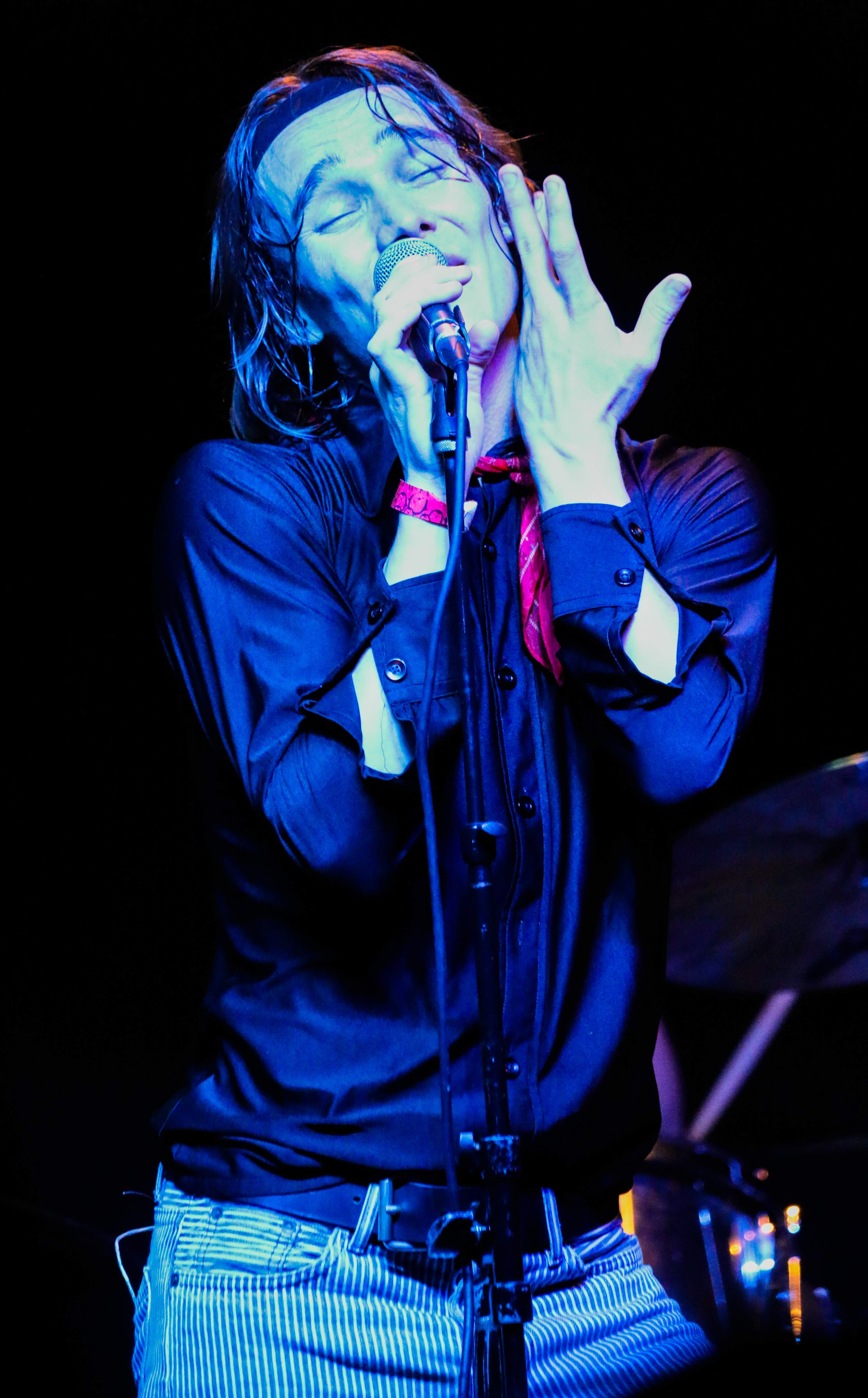 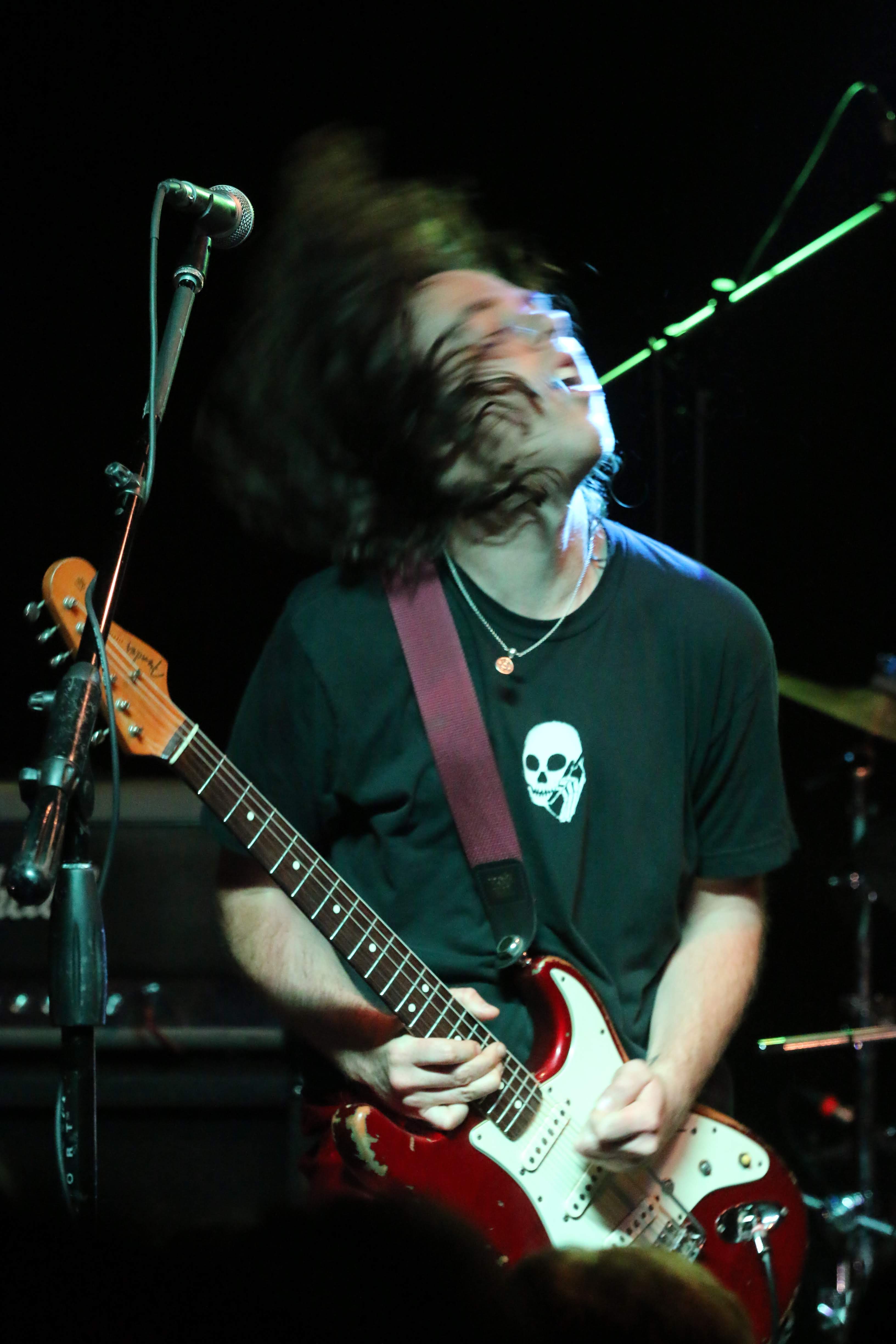 Left alone in the spotlight, guitarist Zach Irons of Irontom lights the place on fire with guitar. May 10, 2019 (Hunter Allen / CU Independent) 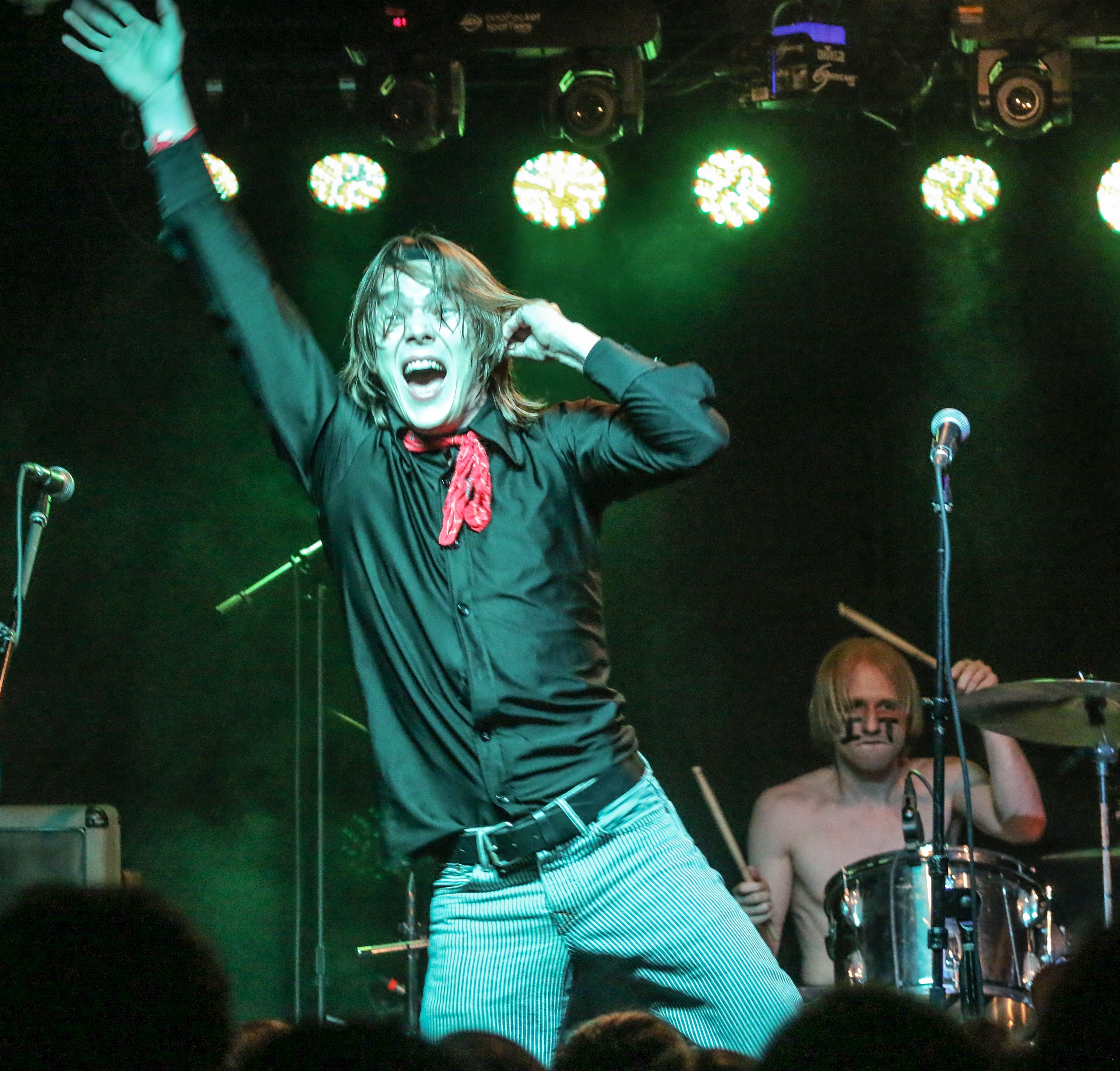 Lead singer of Irontom, Harry Hayes warms up the crowd with grand movement as Dylan Williams revs up the drums. May 10, 2019 (Hunter Allen / CU Independent)