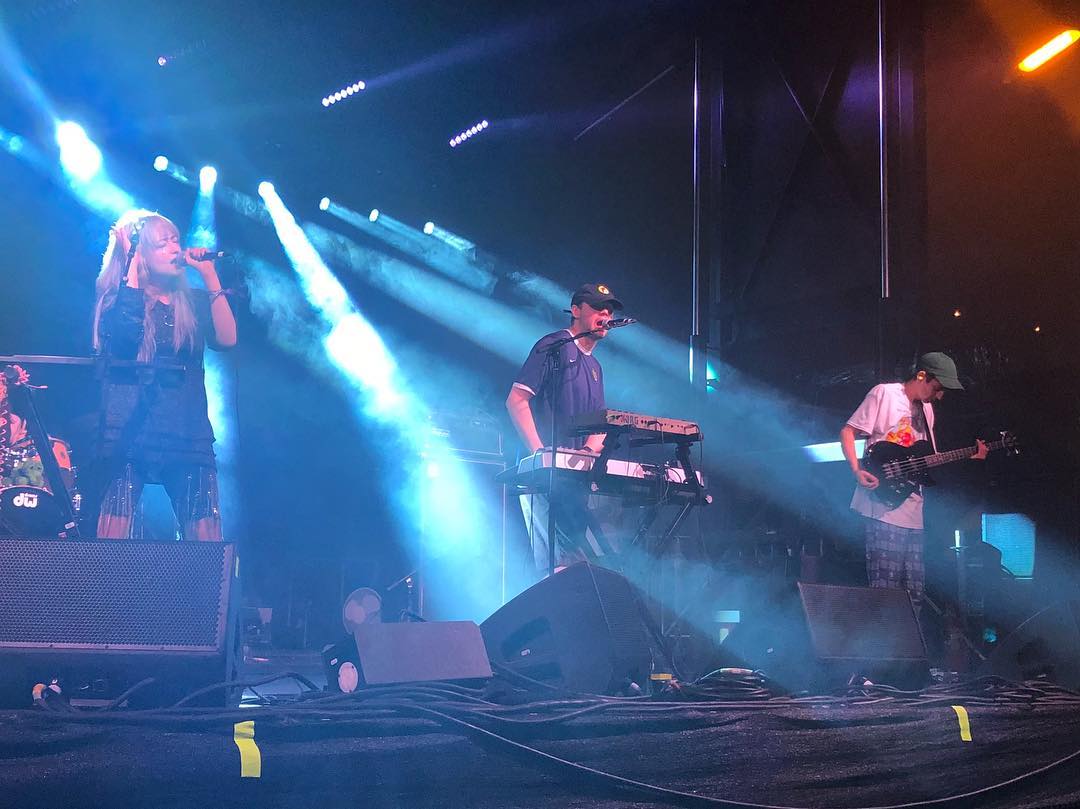 To listen to a Kero Kero song is to “walk home from your last class on your first day of school with a skip in your step,” an acquaintance and I concluded in the lobby of the venue before the show began. Their music is sugary and playful, and yet on their latest efforts, 2018’s Time n’ Place and Totep EP, we hear signals of the band adding a layer of distorted adolescence to their typical tranquil melodies.

At the show, the band, fronted by Sarah Perry Midori, proved to translate this new image extraordinarily well on stage. Not only does Midori have a great voice, but she could scream too — as she demonstrated at the end of the hazy “Only Acting”.

I never thought I would see such a large quantity of adult men mosh to a song about flamingos featuring a slide whistle, never mind a tune praising the merits of jumping on a trampoline. But sure enough, the entire front of the house was pushing, surfing and singing along to Midori’s work as she held up a stuffed animal of the pink bird like Simba in The Lion King.

The band appropriately opened the night with the title track off their first album “Intro Bonito,” which won them a cult following in 2014. While you can understand the hype by listening to just about any of their records to completion, the live performance made it abundantly clear that Kero Kero’s appeal lies in the fact that they service non-mainstream listeners with a hard-to-find contagious joy.

It’s a joy that doesn’t take silliness for granted and invites fans to not take themselves too seriously. In doing so, with ridiculously catchy pop inspired hooks and fun synths interlaced with Japanese lyrics, they are innovators with a monopoly over the danceable indie-pop, “I don’t know why I can’t stop smiling” market.

In an era that rolls its eyes at the droves of think-pieces heralding its cynicism and isolationism, Kero Kero Bonito is doing something special. Everyone at the Oriental Theater knew it. Hopefully, so did the band, after they were met with uproarious applause upon exiting the stage for the last time.