Gun safety measures emphasized at “Not One More” concert and rally 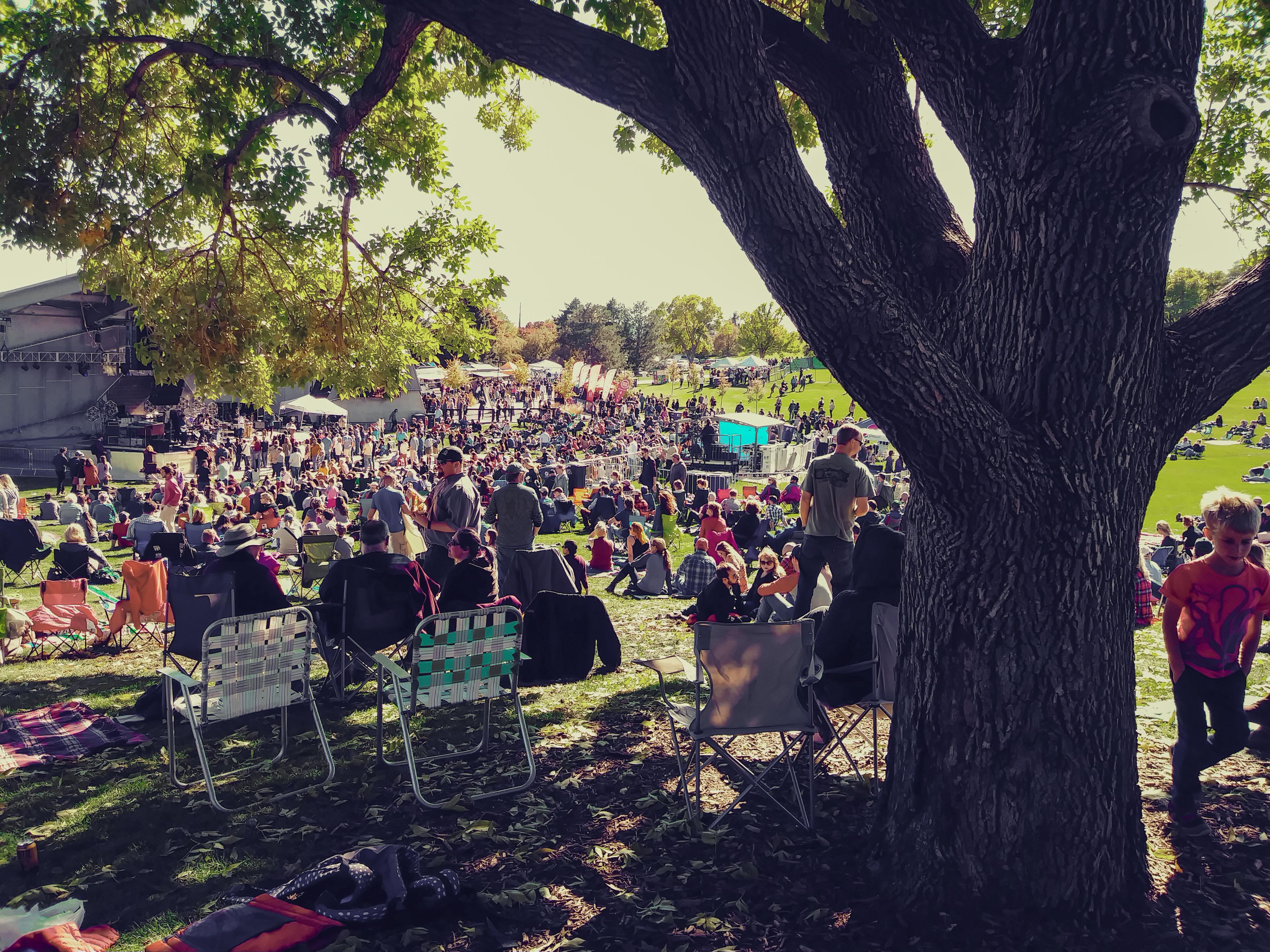 A view of the “Not One More” concert and rally against gun violence in Denver. Oct. 13, 2018. (Dustin Martinez/ CU Independent)

Thousands attended the “Not One More” concert and rally at Ruby Hill Park in Denver on Sunday, Oct. 13. The event included several musical groups and artists as well as speakers who emphasized voter engagement and the issues surrounding gun violence.

The Marigold Project Foundation, an organization founded by singer and songwriter Nathaniel Rateliff, hosted the event. The foundation is described as supporting “community and nonprofit organizations that work on issues of economic and social justice.”

The event started with a speech from student organizer Kaylee Tyner. Tyner is a member of Team ENOUGH, a youth-led initiative focused on gun violence prevention.

Many professional organization speakers took the stage to voice their concerns towards gun violence and safety initiatives, including Andrew Patrick from the Coalition to Stop Gun Violence; Stasha Rhodes of the Giffords Law Center; and Chelsea Parsons, a member of the Center for American Progress.

Among these speakers was a CU student, Olivia Gardner. Gardner and others encouraged attendees to engage in the voting process this November by voting for representatives who will take action to minimize gun attacks.

The musical performances included the Denver Children’s Choir, Kam Franklin and Mocochetes, a Mexican funk band who define themselves as “protest music you can dance to.”

“We’ve been talking about it since March,” Rateliff said. “When there was another big shooting here, we started to talk about how we wanted to do something. We were hoping to do something to change legislation and bring people together to get out and vote.”

Rateliff wanted to use his platform to keep this issue going forward in the media. The project in this event brought many different aspects of the community to show that it’s the community that wants this change.

Around 4,000 people were estimated to attend the concert and rally according to Kari Nott, the events director.

Nott stated the event’s purpose was to raise awareness for the need for gun safety measures, specifically in Colorado. Nott believes legislation such as Colorado’s “red flag” bill are necessary. The would allow Colorado to seize guns from those seen as a high risk to themselves or others. This bill passed through the House of Representatives but fell one vote short in a Senate committee.

The concert and rally intended to bring supporters of gun safety together to support this type of legislation.

“We wanted everybody to be involved,” Nott said.

Many audience members also expressed their views on the subject. Christian Palmer, a mental health professional from Colorado Springs, came to the concert to see bands perform as well as to support the need for gun safety measures.

“We just need to follow the gun laws in effect,” Palmer said. “That would be an amazing start.”

Colorado has seen various incidents of mass shootings such as the Columbine High School shooting in 1999 and the 2012 Aurora shooting.

“There needs to be greater study of the problem,” Palmer said. “There’s a lot more to it than just the violence part.”

Is college student Majoring in Business and Management at CU Boulder. After undergraduate studies hopes to get accepted into a law school.