Opinion: Veterans speak on the challenges of being female in the military 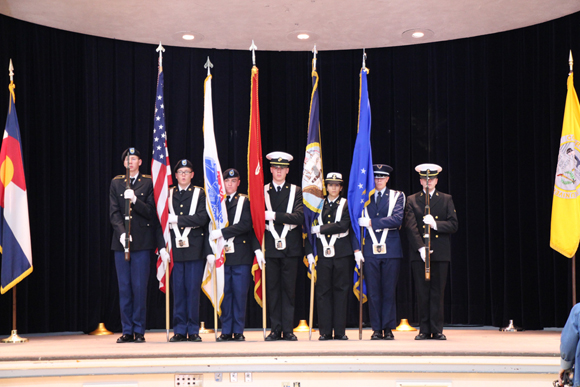 Prior to 2005, women in the United States Marine Corps wore rank insignia that was 70 percent the size of their male counterpart’s insignia. Essentially, these marines were told they equated to only 70 percent the capability of male marines. I was completely unaware of this disturbingly poetic analogy, even as a veteran, until this past Tuesday.

Four days before Veterans Day, I had the pleasure of listening to four female combat veterans tell their stories. The panel, hosted by the CU Boulder Veterans Alumni Club and Veterans Speak CO, was fittingly named “A Women’s Perspective: Combat and Service.”

The panel consisted of four women each representing a branch of the United States military: The Marine Corps, Navy, Army and Air Force. The stories they told were both eye-opening and inspiring. With a combined service stretching from the Gulf War to Operation Enduring Freedom, these prior service members have resumes that could both embarrass and defeat those of most males serving in the military today. However, these veterans can’t wear resumes on their sleeves.

Listening to these veterans speak, one would never initially guess that they have anything to prove. The women spoke with confidence and their heads held high. They owned the room. However, the strong and stern words that came effortlessly told stories of duality — women first, service members second.

The veterans each had very typical reasons for joining the military: finances, college tuition, loss of direction, veteran family members, etc. Just the same, they came from typical upbringings. On the surface, they were typical veterans. Yet, they shined in their service, both during and after, through a lens much different than mine.

Aspects of the military familiar to me as a male became distorted and questionable.

While serving, women are faced with unique sacrifices both on duty and at home.

First, light banter that is common in the military turns to discrimination for female members to leap over. While they see a diverse group, the men see a split between men and women. Often, the men question the mental and physical capabilities of women and turn them into jokes. In return, the women are forced to prove themselves while the men remain capable until proven otherwise.

One panelist recounted a time when, during physical training, her platoon practiced the fireman’s carry. The male marines jokingly paired her with the heaviest man in the platoon. This was a test. Although she felt singled out, the marine had no choice but to prove that she was capable.

The women of the panel said these truths forced them to adopt tougher and stronger exteriors and work harder than the men around them. At times, this caused a rift between them and their brothers. In trying to keep up with the boys — due to the men feeling intimidated by strong women — these veterans would feel further alienated.

The irony is, in many cases, women outperform men in several areas. One panelist, a former Navy helicopter pilot, informed me that women are better equipped to fly. In fact, due to faster response times and graceful handling of the controls, women are less likely to crash a helicopter than male pilots. Yet, women account for only a small percentage of helicopter pilots in the military.

Additionally, women service members give up a lot at home. Having a successful family is difficult. The men are expected to have stay-at-home wives. The women of the military have husbands, and society pressures men to work. Because military members can deploy at any moment and male spouses usually work during the day, having children may not always be an option.

One of the panelists missed her opportunity to have a child entirely. She put having a kid on the back burner to avoid letting her team down or single herself out. However, by the time her service ended it was too late. This veteran attributed her loss to the pressure to perform and lack of programs for female members.

After serving, being a female veteran isn’t much better. In fact, it may be worse.
Some of the most rewarding aspects of serving come after service itself. Veteran benefits that civilians immediately recognize include tax-free plates, the GI Bill, ID cards and health care. Women veterans who are proud of their service also wear campaign hats and T-shirts that can be the butt of many jokes. For females, exercising benefits can diminish pride in their service and cause frustration.

Each veteran on the panel had a story to tell about men who couldn’t believe they served. One of the veterans recalled a time when a man approached her vehicle, after seeing her license plates, in order to thank her husband for his service. Her husband didn’t serve. The veteran vehicle plates were awarded to her.

Another panelist had been asked by a man if she was using her husband’s GI Bill benefits when she was enrolling in school.

One veteran was even challenged by another (male) veteran. He asked her questions about the military, implying that she was lying about her service. Her response was simply, “Don’t challenge me.”

Society sees veterans as men. Because of this, women who serve are always females first. Undue questions and explanations are necessary. Reminders of physical differences are plentiful, both inside and outside of the military.

These women live a life of duality. Although they say they are veterans, others see them as women veterans.

However, there is a silver lining. The women of the panel are very proud of their service and other female service members. They face challenges and diversity with a sense of pride and never back down. Because strong females carry stronger outlooks on life, they find solace in being the outliers of the bunch.

Veteran Harley Powell was born and raised in Oklahoma, and at age 19 he enlisted into the United States Army. As an infantryman soldier, he was stationed in Oahu, Hawaii. After three years of shooting guns, rucking up mountains, and failing to surf in the Pacific, he moved to Colorado to pursue his love of writing and an education. He currently attends the University of Colorado at Boulder where he studies English.