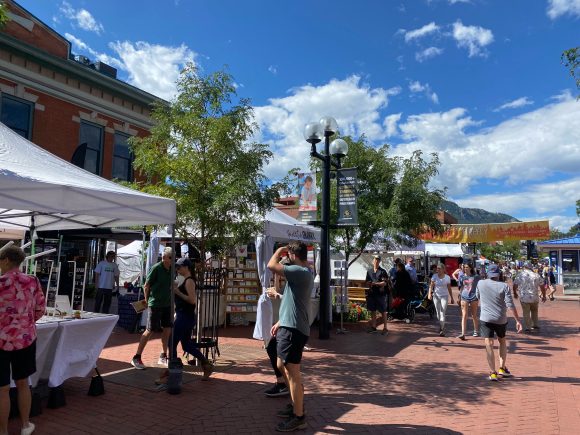 On Sept. 16, 17 and 18 in downtown Boulder, families and friends gathered to enjoy artisan market vendors, live music and delicious food and drinks for this year’s Boulder Fall Fest. The annual family-oriented event has taken place in the community for over 35 years. For the last five years, the festival has featured Firefly Handmade Markets, a Boulder-based market that showcases creative local artisans and designers. This year’s lineup included over eighty curated artisans for the three-day festival.

“I always love Fall Fest,” said Juni Margrie, the founder of Juni Margrie Ceramics. “It’s just a really nice time of year with a great crowd and a great atmosphere.”

Margrie, an Australian aerospace engineer, had an unconventional path into ceramics. In 2015, after moving to Savannah, Georgia, she started taking ceramic classes at a local studio and soon discovered her passion for the craft.  She primarily works with porcelain, decorating it with colorful flowers and plants.

“I turned to porcelain because it was such a beautiful clay body to work with ,” Margrie said. “I also love botanicals, so it seemed like a good partnership between the botanicals and the porcelain.” 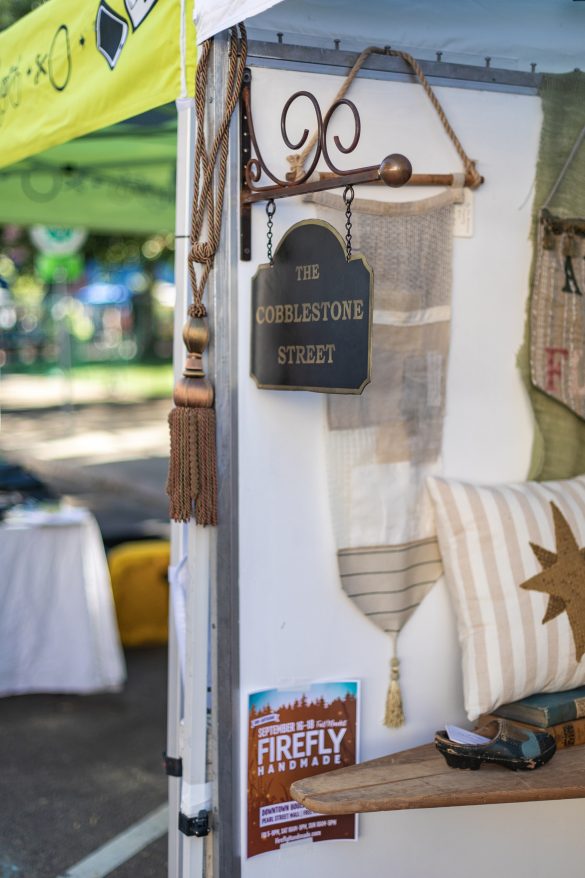 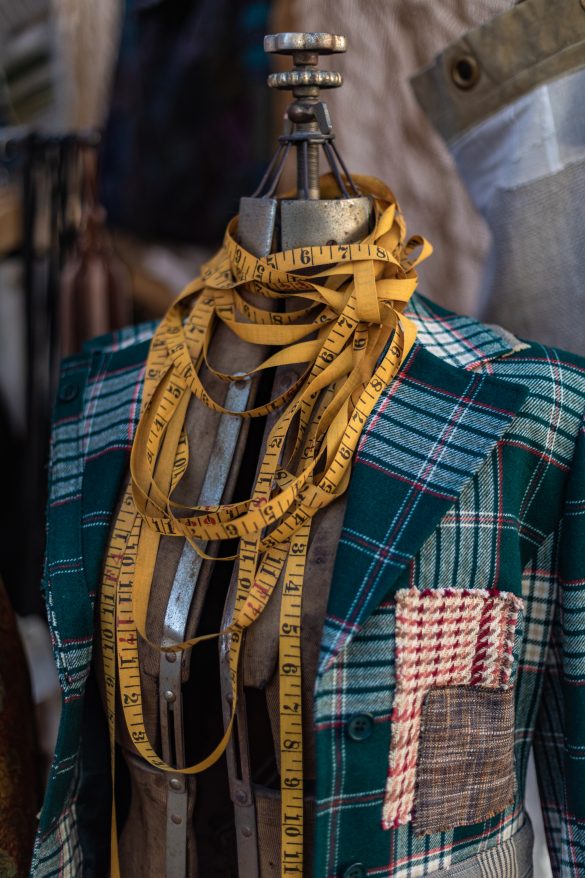 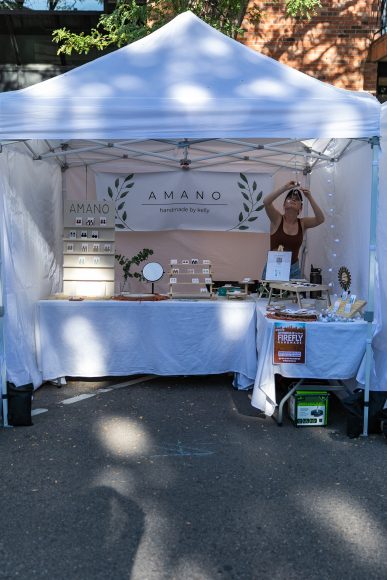 Lauren Toby, the founder of Meltdown Studio Jewelry, has been a part of Firefly Handmade for four years. Based in Albuquerque, New Mexico, she drove for six hours to come to the Fall Fest this weekend.

“I opened my studio in 2006 to offer a studio that was affordable and that people could use,” Toby said. “Equipment for jewelry can be expensive, so I want to have a studio I could work out of as a recent graduate and to offer that to other people.”

At her studio, Toby offers jewelry making and lapidary classes to teach people how to use the tools, as well as a co-working space with permanent bench rentals for local jewelry artists.

“Primarily, I’m an educator,” Toby said. “I teach all the techniques, from casting to lapidary foundation, and then I produce my own line of jewelry when I can.” 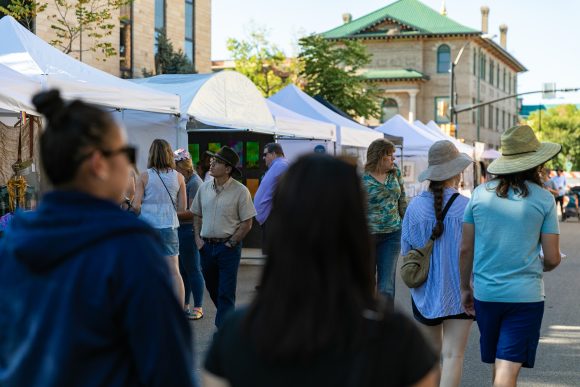 In addition to jewelry and crafts, Fall Fest also featured artisan food vendors. For example, Yummy Lotus, founded by Alex Hesse, is a Denver-based gluten-free and vegan pepper jam company. Hesse has been a part of Firefly Handmade since 2019, and this is her second year at the Fall Fest.

“I have a background in restaurants and catering, so I was creating a lot of menus for clients and wanted to create something for myself,” Hesse said. “I did a couple test markets and the jams really took off. I always tease that jams chose me, and I didn’t choose it. So now I create recipes around my product and how to use it in cooking and cocktails, and it’s been a really fun journey.” 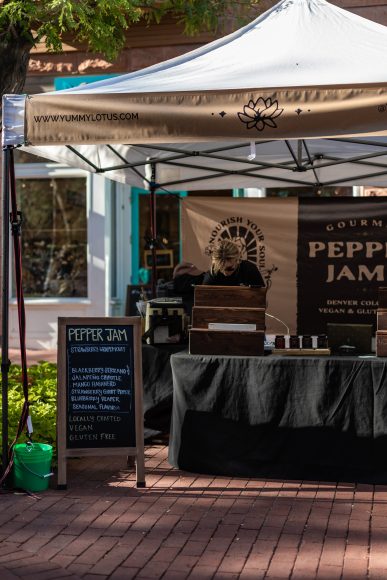 Yummy Lotus, a vendor selling vegan and gluten-free pepper jams, packs up their stand at the end of Fall Fest. (Io Hartman/CU Independent) 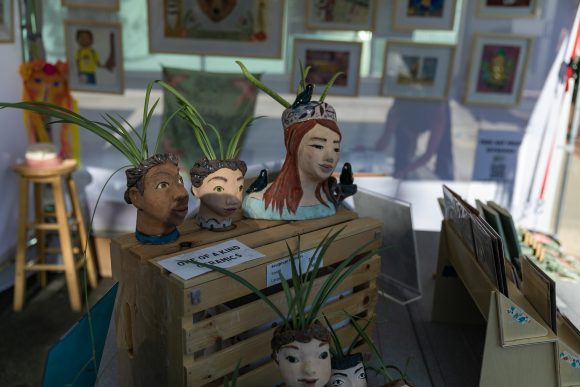 Overall, this year’s Boulder Fall Fest once again united the local community, bringing together small businesses and community members to take part in this special tradition. 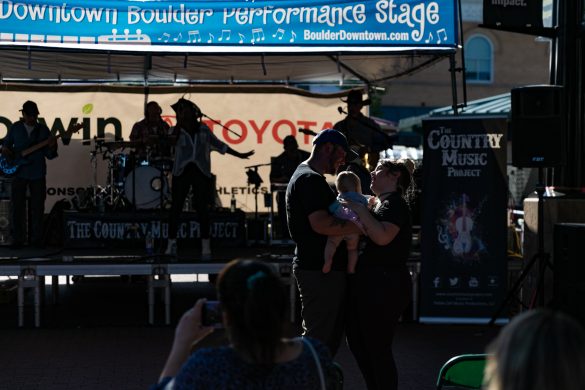 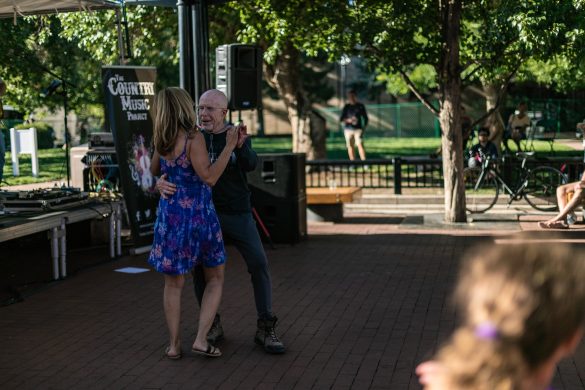 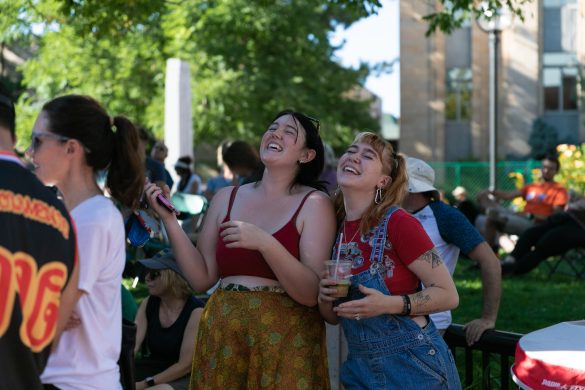 “We’re here because we have to be”: Workforce on...