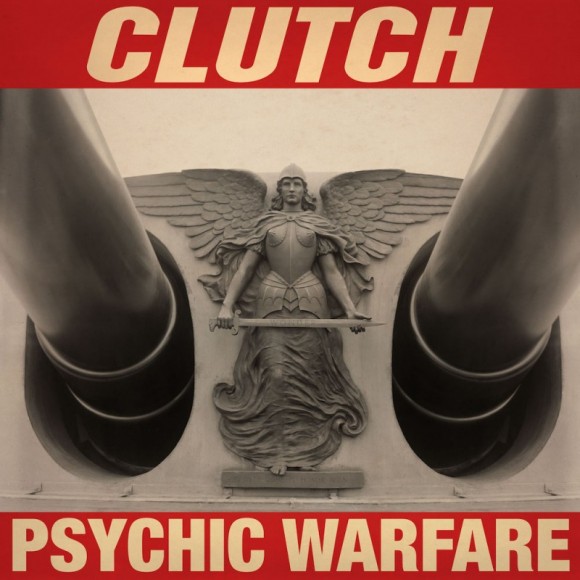 Every so often as a music aficionado, something truly magical happens. One hears an album and it instantly clicks. There’s no acclimation to the sound, there’s no cognitive dissonance about whether or not the album is good. It just instantly works, and everything about it is fantastic. Well, leave it to a band as consistently awesome as Clutch to put out one of the few records like that in 2015.

Clutch is a Maryland-based rock band that has been around for almost 25 years, and normally a band with that kind of pedigree can be expected to get stale after a while, but that’s never been the case for these guys. They’re masters of tweaking their sound in subtle ways, showing real creative evolution while still undeniably sounding like themselves. From the stoner-rock slow jams of their self-titled album to the expansive celebration of rock ‘n roll that was 2013’s Earth Rocker, Clutch has always put out a quality product. Well, except for Pure Rock Fury, obviously. Even lead singer Neil Fallon has said that he doesn’t like that record.

Psychic Warfare continues this standard of musical excellence, starting off with the thumping, energetic “X-Ray Visions.” Hip-swingin’, blues-inspired groove has long been a staple of Clutch’s music and that is readily apparent in this song as guitarist Tim Sult dances through the fun-loving rhythm laid down by drummer Jean-Paul Gaster and bassist Dan Maines. Above it all, Fallon’s grizzled vocal delivery soars like an old Mustang cruising down the freeway as he relays the story of a possible psychic and definite paranoiac: “Telekinetic dynamite/Psychic warfare is real!” Fallon, incidentally, is one of the best songwriters in rock today; his lyrics are an endearingly dorky mishmash of collegiate-level literature, arcane vocabulary and pop sci-fi tropes. It’s the perfect accompaniment to the smirking bad boy vibe of Clutch’s instrumentals.

“X-Ray Visions” segues into the panicky, crash-stomp beat of “Firebirds.” The guitars on this track come in fast and low, providing a dash of snarling meanness that perfectly compliments the delusional twitchiness of Fallon’s “X-Ray Visions” character. It’s all too easy to picture him roaring through the California desert in his battered Datsun, one sweaty palm atop the steering wheel and another death-gripping the shifter, eyes darting toward the rear-view mirror every few seconds. “Firebirds” is also the catchiest track on the album. It’s the kind of song that, if played in a car, will have the driver breaking the speed limit involuntarily.

After this stunning opening salvo, Psychic Warfare seems to say “We’re just getting started.” The album slows things down a bit for “A Quick Death in Texas,” a funky little piece of ZZ Top worship with an infectiously catchy riff. Sult’s guitar parts don’t just get stuck in the brain, they get anchored to it with eyebolts and steel chains.

“Sucker for the Witch” and “Your Love is Incarceration” are both in the vein of Delta blues “woman done me wrong” anthems, updated with some hard rock kick. The latter of these two tracks in particular is pure, weaponized sex, bursting with a fat, groovy instrumental that would get the chastest nun to break into a coital sweat with dancing.

This album has its slow and introspective moments too, like the fantastic “Our Lady of Electric Light,” a rather wistful ballad detailing the interior of a grungy dive bar, or the six-minute-long closing track, “Son of Virginia,” a proud swampland dirge that will have listeners reaching for their lighters anytime they hear it. This track comes as a bit of a relief since Clutch can sometimes have a bit of a problem knowing how to close out their albums. That’s not the case here; this track floats off into the horizon like a ferry on the Potomac disappearing into the sunset.

Tracks in the latter third of the album tend to bite a little harder, exemplified by the machine-gun riffs on the establishment-mocking “Noble Savage” or the galloping rhythm on “Decapitation Blues,” a song about a real-life neck surgery Fallon underwent that left him unable to headbang, which is ironic considering that not headbanging to this track is next to impossible.

Since the 1990s, the state of rock music has been a topic of heavily divisive debate, and no matter where one’s opinion lies, it’s undeniable that rock has certainly changed from its heyday. Well, Clutch never got that memo. They’re the last true rock ‘n roll band on earth who are unafraid to remind people that rock is also about hard-hitting instrumentals and a bit of grinning, self-aware fun, not just eye-rolling angst scoffing at the terrible post-modernity of it all. Psychic Warfare is not just a shining example of the best that rock music has to offer; it’s a shining example of why Clutch should be everybody’s favorite band.

Thomas Roller is an Advertising major at CU Boulder. You can find him in the cafeteria, desperately trying to ignore his essay assignments and playing air guitar with unsettling fervor.