Victory eludes Buffs once again in overtime loss to UCLA

If recent play is any indication, Colorado is bound to get a big Pac-12 win soon, but it didn’t happen Saturday against No. 25 UCLA. The Buffs fell 40-37 in double overtime.

But it’s not all doom and gloom.

“I saw a change in our football team in a Pac-12 game against a top-25 team and I was proud of that,” said Colorado head coach Mike MacIntyre. CU hasn’t beaten a ranked team since 2007 and it was oh-so-close to doing so on Saturday.

Trailing 31-14 in the fourth quarter, Colorado stormed back to tie the game with 36 seconds left on a Will Oliver field goal. The Buffs drove down deep into UCLA territory at the end of regulation, but decided against going for it on fourth and two.

In overtime, the Buffs settled for field goals, which was good enough to force another overtime. A field goal in the second didn’t cut it. Bruins junior quarterback Brett Hundley took over UCLA’s winning drive, rushing for all of the needed 25 yards, including an eight-yard quarterback draw to win it with a touchdown.

Despite a strong finish, it was a rough start for the Buffs. After a dismal first quarter, they were down 17-0. The Buffs gave up a 92-yard run to UCLA sophomore running back Paul Perkins on the Bruins’ second play. But they responded as well as they have all year, outscoring UCLA 14-7 in the second quarter thanks in large part to the CU running game.

At the end of the first half, senior wide receiver D.D. Goodson had a reception that brought the ball to the UCLA four-yard line. It looked like he went out of bounds, which would have stopped the clock at 23 seconds. But referees ruled his forward progress stopped before he hit the sideline, and the game clock continued to run. Colorado quarterback Sefo Liufau had no idea. An offensive lineman was called for a false start — probably expecting the ball to be snapped before time ran out — with one second left. By rule, there was a 10-second run-off that ended the half.

“We thought that [Goodson] stepped out of bounds and we got the clock stop,” Liufau said. “We would have had a play off…it’s just a matter of communication.”

MacIntyre was screaming at Liufau on the sidelines trying to get him to spike the ball, but he didn’t get the message.

“It’s my fault,” MacIntyre said. “We saw him go out of bounds and stopped the clock, but then [the official] went and started it again…I tried to get Sefo to spike it, but he got confused and then the clock ran out.”

If you had to pinpoint the Buffs’ demise on a particular statistic, it would be their 309 yards allowed on the ground. While UCLA’s Perkins (187 yards) did a lot of his damage on his first run, Hundley ran read-option keepers to a tee all game and also scrambled for plenty of yards. He finished with 110 yards on the ground.

But the CU secondary stifled Hundley in the passing game. He led the nation coming into the game in completion percentage at 72.5, but Saturday he only threw for 200 yards passing on 24 of 39 throwing. He didn’t have a pass over 20 yards.

The Colorado running back corps, missing junior Christian Powell again this week (concussion), was easily the biggest bright spot for the Buffs. Sophmore Michael Adkins highlighted the position with 111 yards on 17 carries. Senior Tony Jones added 72 and CU ran for a total of 241, its highest on the season.

Spout out as many stats as you want, though — the Buffs still lost. They clearly improved from last week against USC, but at some point Colorado will need something to show for it.

“It’s definitely getting old,” freshman defensive end Derek McCartney said about losing close games. “We’re definitely frustrated, and we were close and we wanted to get that win.”

Colorado will have a chance to rebound next Saturday, Nov. 1 against Washington at home. The game will be broadcast on the Pac-12 Network at 11 a.m. The Huskies are 5-2 overall and 1-2 in the Pac-12.

Notes: Sophomore defensive back Tedric Thompson was carted off the field in overtime. Addison Gillam left the game with the flu. This was the second double-overtime game this season for the Buffs, who lost at California earlier this year. Liufau broke the school single-season passing record, previously 22, with his 23rd. Due to low attendance (37,442), the entire crowd shifted in overtime to the side of the field where the action was happening. 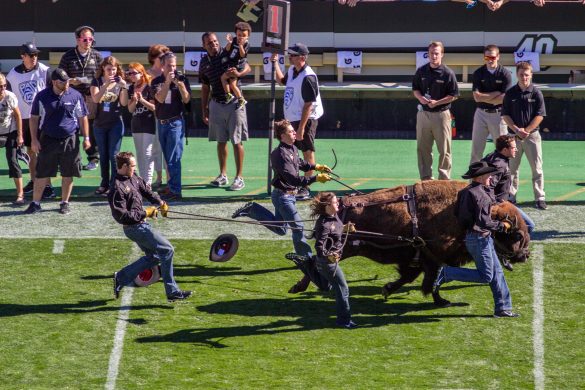 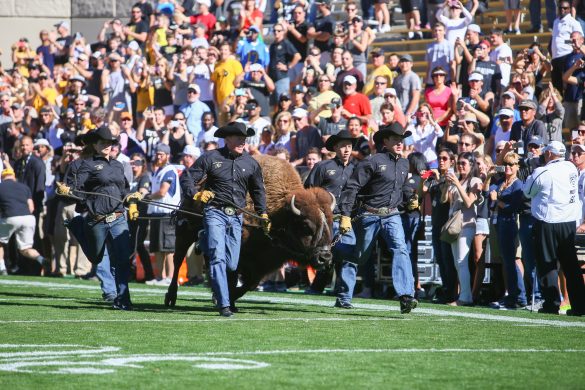 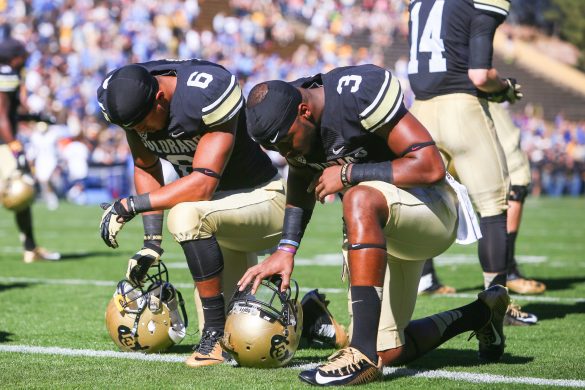 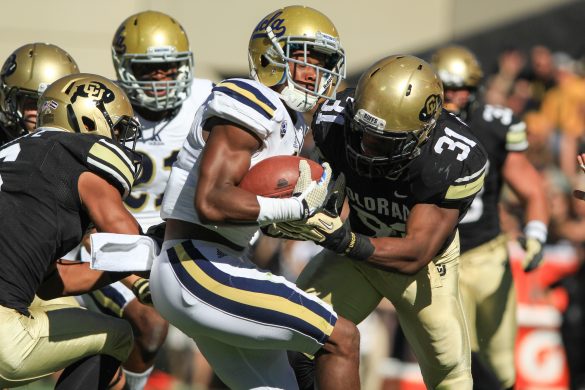 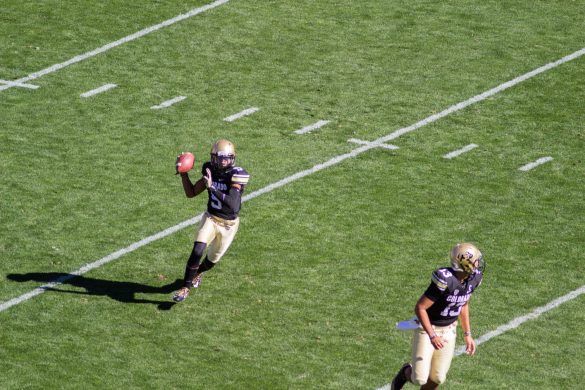 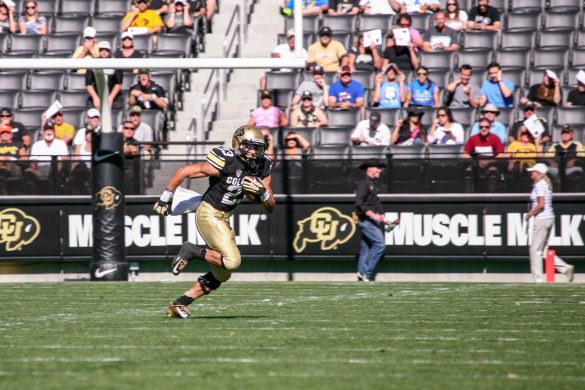 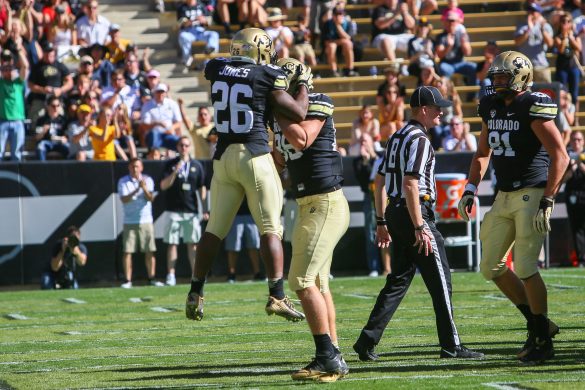 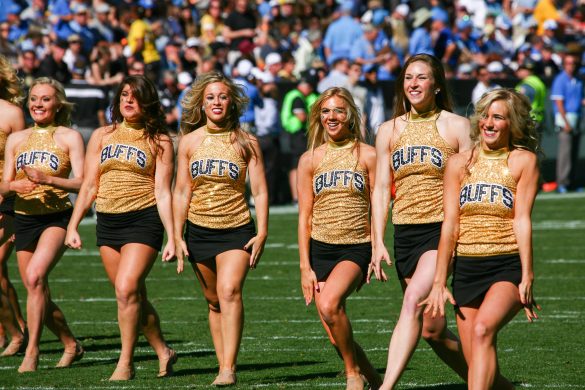 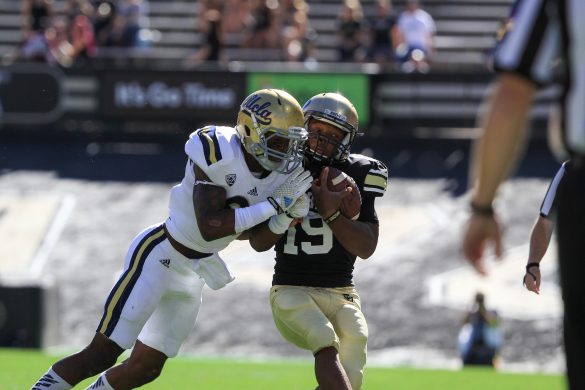 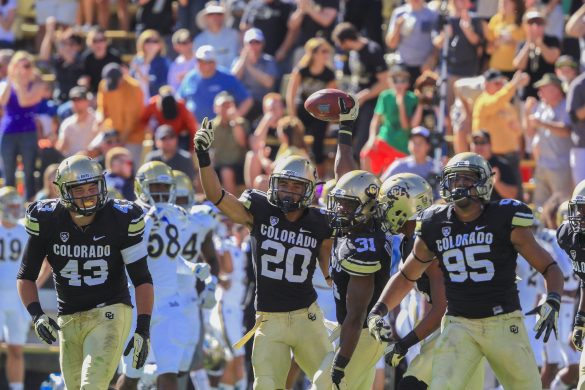 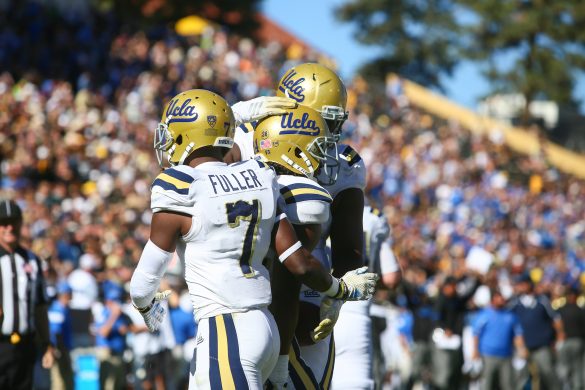 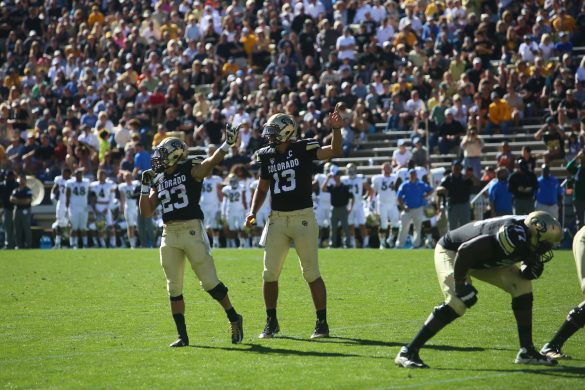 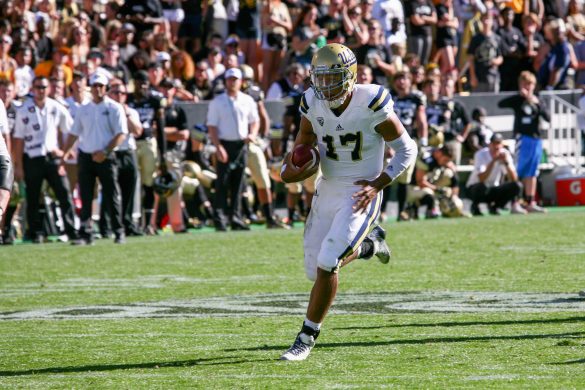 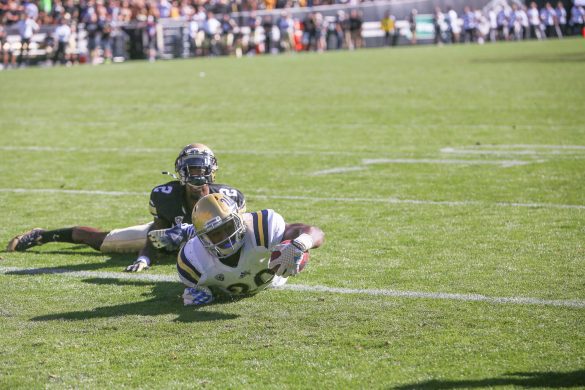 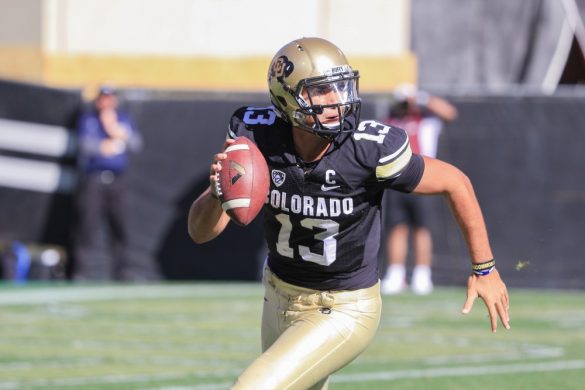 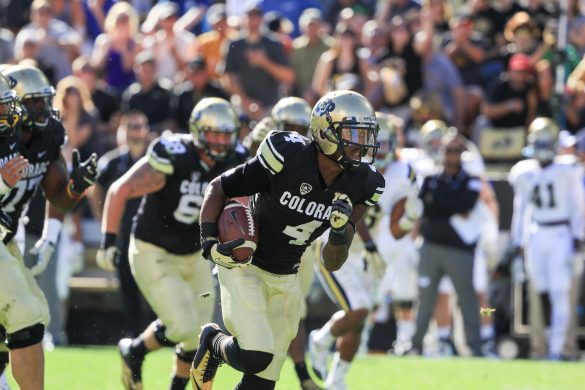 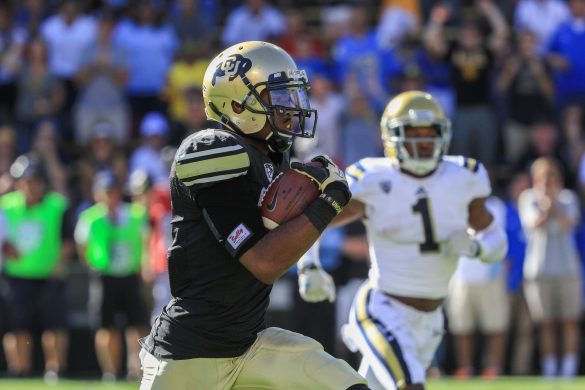 Wide receiver Bryce Bobo breaks away for a touchdown in the 4th quarter of play against UCLA on Oct. 25 2014. (Nigel Amstock /CU Independent File) 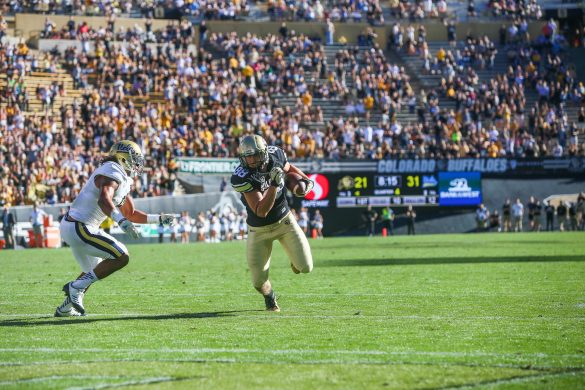 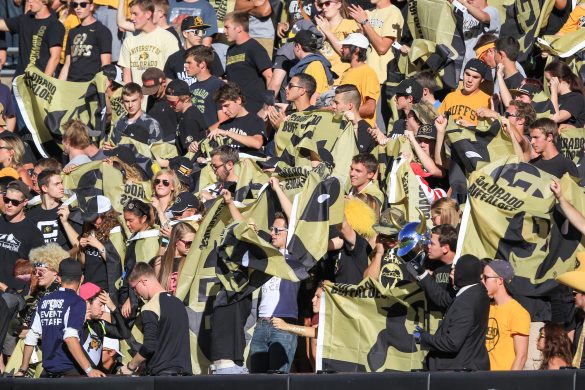 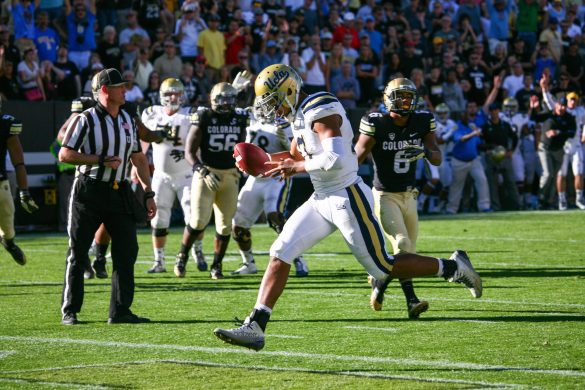 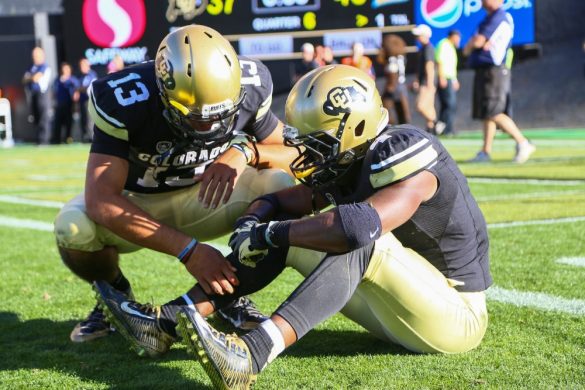