What to know about ski passes and student discounts 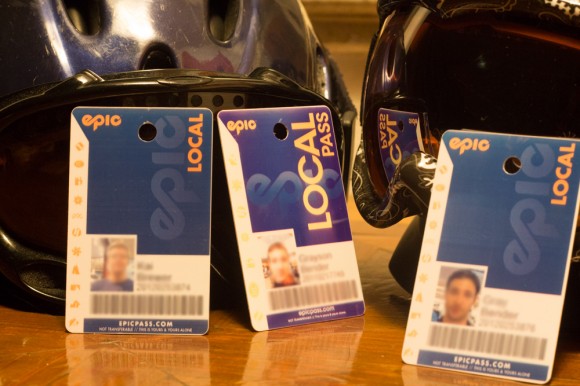 Ski and snowboard fans get their season passes early. With Keystone set to open on Oct. 31, the season is just around the corner. (Gray Bender/CU Independent)

As we get further from summer we get closer to snow, and with snow comes the ski and snowboard season.

If you’re looking to get a lift pass this year, there are various options available: Epic Pass, Epic Local Pass, Summit Value Pass, Keystone A-Basin Pass and Keystone A-Basin 4-pack. Deals and options are also given to college students with at least 12 credits for undergrads or six for graduate students.

“The best deal [for] the price has to be the Epic Local, especially if you are the kind of person either planning a road trip or thinking about a road trip,” said Michael Peck of Vail Resorts. “In California, Colorado or Utah you will be able to find some good snow.”

At $749 for adults and $389 for kids, the Epic Pass offers access to Vail, Beaver Creek and A-Basin. These prices are available through Oct. 12. The Epic Local Pass ($499 for students), which used to be known as the Colorado Pass, offers 10 days of total access to Vail and Beaver Creek, but has holiday restrictions.

The Summit Value Pass allows access to Breckenridge, Keystone and A-Basin but also has restrictions on holidays, charging a $59 fee if you want to ski on a restricted day.

“For Boulder, I’m always a little surprised, but I would say the full Epic sells the most,” Peck said. “It may be because there are so many active people that want the full 10 days at Vail and Beaver Creek. The people with the full Epic tend to go more often.”

Peck also said insurance is something most people don’t consider when buying passes.

“When people buy their passes it is really important they consider pass insurance,” Peck said. “People may get an injury and can’t get their money back without [it]. Pass insurance is $20; that is like a couple of beers. People do not think to buy it, but to protect your investment it is a good idea.”

Dave Brown, a sophomore majoring in Spanish and Portuguese who has been snowboarding for eight years, said each park offers different perks.

“A perfect day snowboarding would be to do back country runs until lunch and then do park for the rest of the day,” said Brown. “For your late year skiing, A-Basin is where you want to go. I don’t usually go to A-Basin in the middle of the year because their park is smaller. I would do Keystone because of the park and back country.”

When purchasing a pass, students should to go into the store and show their BuffOne card to prove they are a full-time student and receive a discount.