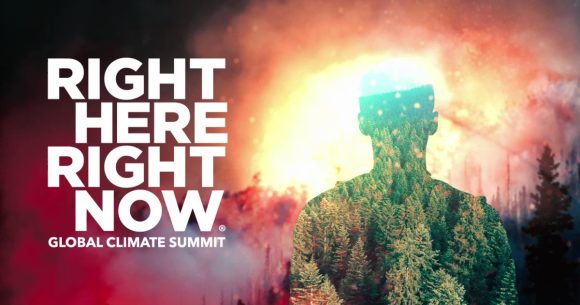 On Dec. 1-4, United Nations Human Rights and the University of Colorado Boulder will co-host the Right Here, Right Now Global Climate Summit, a three-day conference highlighting the relationship between climate change and human rights. The goal of the summit is to raise awareness of climate change and to encourage people to take action right here and right now.

The summit will include presentations from leaders in human rights, science, politics, culture and more. Each day, different keynote speakers and new panel of moderators will be featured. The keynote speakers include Sheila Watt-Cloutier, a Canadian Inuk activist; Mary Robinson, Ireland’s first female president; and Kumi Naidoo, a South African rights and climate activist.

Cloutier, the keynote speaker for the first day, Dec. 2, is a global advocate for indigenous rights and health, who focuses on the impact of climate change on human rights. In 2005, she created the world’s first international legal action on climate change, a petition to the Inter-American Commission on Human Rights alleging that U.S. fossil fuel emissions violated Inuit cultural and environmental human rights. She has also written an award-winning memoir, “The Right to Be Cold: One Woman’s Story of Protecting Her Culture, the Arctic and the Whole Planet.”

For second day of the summit, Dec. 3, Robinson will be featured as the keynote speaker. Robinson is the leader and founder of the Mary Robinson Foundation – Climate Justice, an organization that advocates for disempowered people who are impated climate change. Robinson’s keynote speech, entitled “Understanding Climate Change as a Matter of Human Rights,” will outline the connection between human rights and climate change, while also encouraging the audience to work together to fight for a sustainable future.

On Sunday, Dec. 4, Naidoo give the keynote speech for the final day of the summit. Naidoo previously served as the international executive director of Greenpeace International and the secretary general of Amnesty International. He currently serves as a global ambassador for Africans Rising of Justice, Peace and Dignity.

While the climate summit brings together global and local experts from all over the world, activists at CU Boulder aim to advocate for change as well in their local community.

On Friday, Dec. 2, Fossil Free CU, an organization of students, faculty, alumni and community members, will hold a demonstration simultaneously with the climate summit. They will be demanding that the campus divest from fossil fuels.

The organization launched a petition in October, calling on the CU system to divest from fossil fuel companies by 2027 and to reinvest that funding into a transition to clean energy.

“Through its investments, the university consents to the devastation inflicted by the fossil fuel industry, and thus endangers the future of CU students, perpetuates systemic injustices against marginalized communities, harms the University’s reputation as a global climate leader and threatens Coloradan communities,” reads the petition.

On Friday, demonstrators, dressed in orange hats reading “DIVEST” in fossil fuels and CU Boulder t-shirts, will gather on the north side of the University Memorial Center at 12 p.m. to begin the march. They will deliver the petition to the south side of the Benson Earth Science Building to encourage the university to invest in a sustainable future for its students. The petition asks that administration responds by the end of the summit.

The Right Here, Right Now Climate Summit will take place from Dec. 1-4 in the Glenn Miller Ballroom at the UMC. Attendees can also join in virtually. Registration is free and open to the public on the Climate Summit website.

Addison is a Business Marketing and Real Estate major at CU, but she also loves journalism writing. Covering news stories is her favorite. When she is not doing schoolwork or writing, she enjoys dancing, swimming, skiing, and hiking. This is her 3rd semester on the CUI writers team.