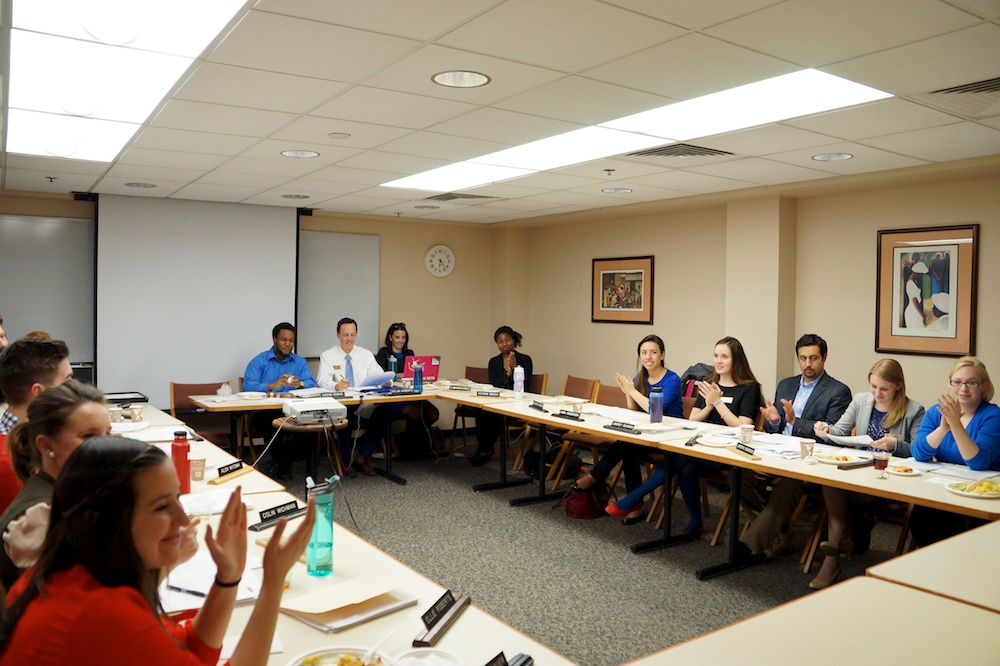 Members of the CUSG Legislative Council meet Wednesday, March 5, 2014, in the UMC. The council approved a hike in the University Memorial Center’s budget for new expenditures. (Alison Noon/CU Independent)

On the second-to-last night of annual budget allocations, the council voted for the UMC to receive student-wage increases, a new multimedia position and funding for maintenance projects — augmentations outside standard budget increases for utility fees, staff support, interest and bonds.

Carlos Garcia, executive director of the UMC, said some of the work that will be performed by the A/V manager is being handled by various UMC staffers.

Roxanne Ruggles, assistant director of UMC events planning and catering, said the A/V manager would expand basic services that are already provided. The manager will oversee student use of technology in the UMC, increase revenue into the Glenn Miller ballroom and modernize UMC technology.

“They will incorporate the technology into the century that we live [in],” Ruggles said.

The position will not be funded by student fees. Instead, it will come from revenue already garnered by UMC sales and from revenue expected to be generated by the new position.

The UMC’s building capital fund was awarded $183,318 for current and future maintenance projects.

“It’s a 60-year-old building, and we have to take care of it,” McCaffrey said.

Student government approved a total UMC budget of $6,795,141. Legislative Council is expected to vote on a final 2014-2015 budget Thursday night.