Buffs can’t keep up with Bruins, fall to fifth in Pac-12

The University of Colorado men’s basketball team couldn’t secure an important Pac-12 victory Thursday night as the Buffaloes (18-7, 7-5) lost on the road to UCLA, 92-74. Tad Boyle was looking for his first victory against the Bruins as Colorado’s coach.

A win would have put the Buffs in second place in the Pac-12 standings, but the loss dropped them down to fifth. Colorado is only 1-4 on the road in Pac-12 play this year.

The Buffs led by as many as 12 in the first half, but Colorado couldn’t keep up with the UCLA offense, which shot 11-22 from three-point range and scored 56 points in the second half.

Both sides made several runs to secure their respective leads. Colorado had a pair of separate 9-0 runs in the first half after UCLA started the game up 9-2. An 11-0 run with 12:11 left to play gave the Bruins their first lead since 13:48 left in the first half. The lead was never relinquished.

The trio of junior guard Askia Booker and sophmore forwards Josh Scott and Xavier Johnson combined to score 50 of Colorado’s 74 points. Booker had a career-high 12 assists, highlighted by an alley-oop pass to freshman guard Jaron Hopkins, which resulted in a dunk in the second half. Scott was also efficient, shooting 8-12 from the field and recording 20 points. Johnson added 9 rebounds.

UCLA sophomore guard Kyle Anderson lead the Bruins with 22 points. Freshman guard Bryce Alford hit 4 out of 5 of his three-pointers to add 14 points. The Bruins outrebounded the Buffs 25-17 and hit 11 of their 12 free throws. 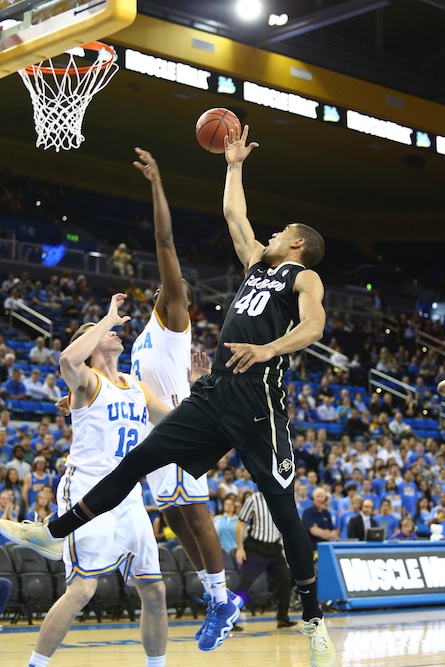 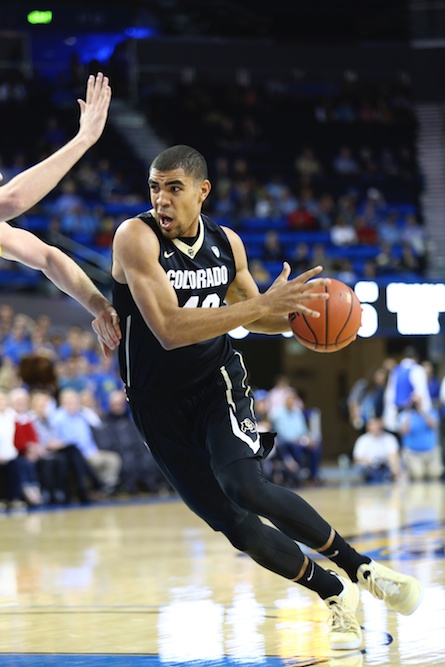 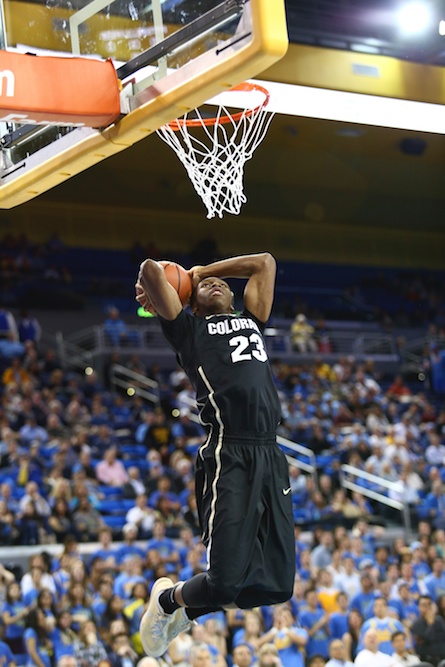 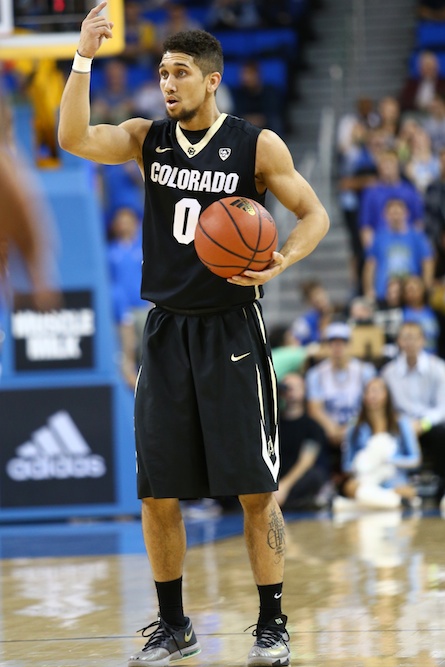 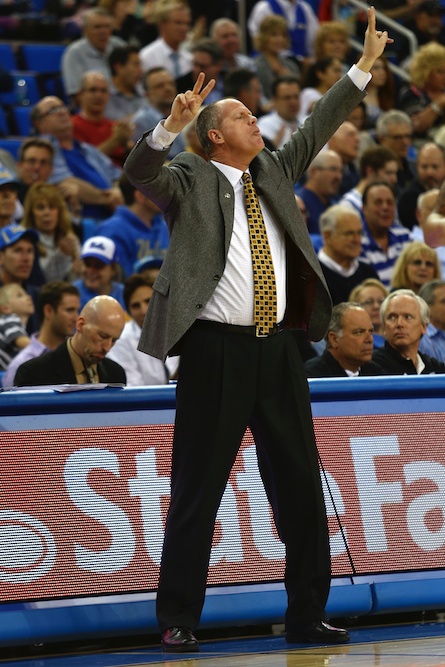 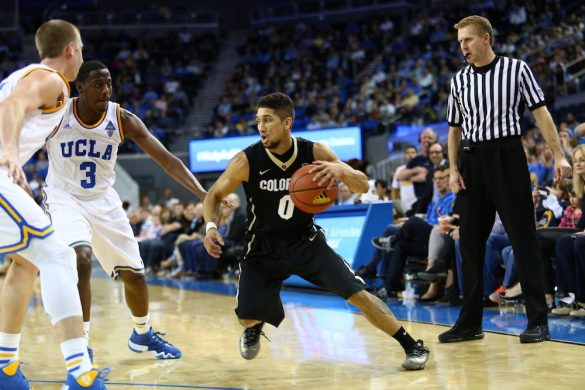 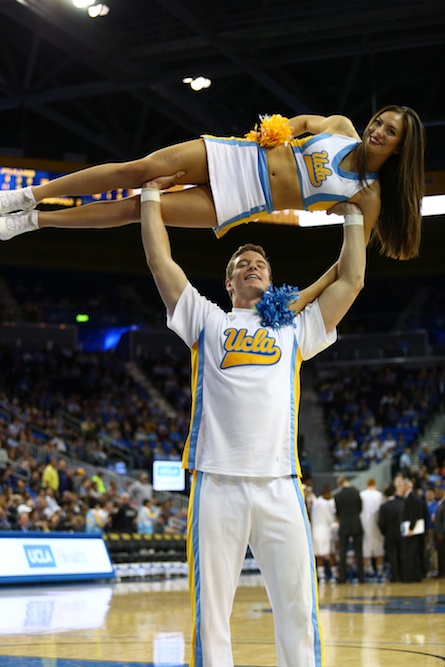 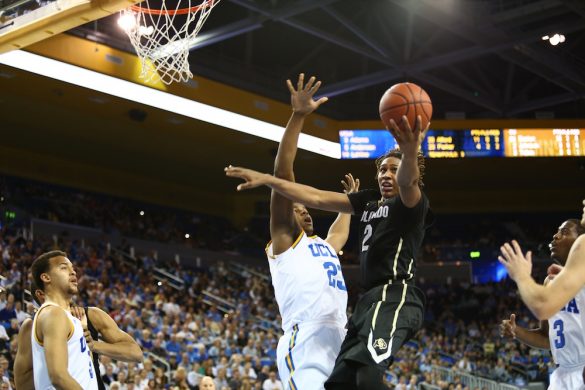 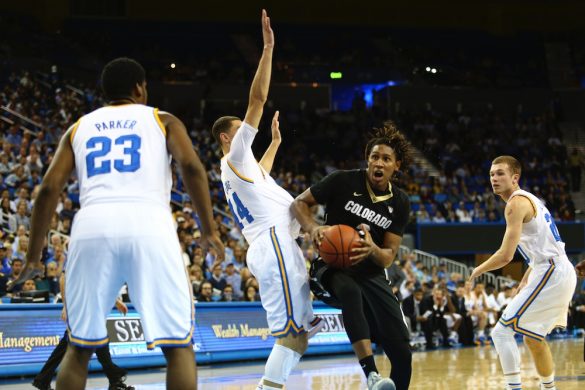 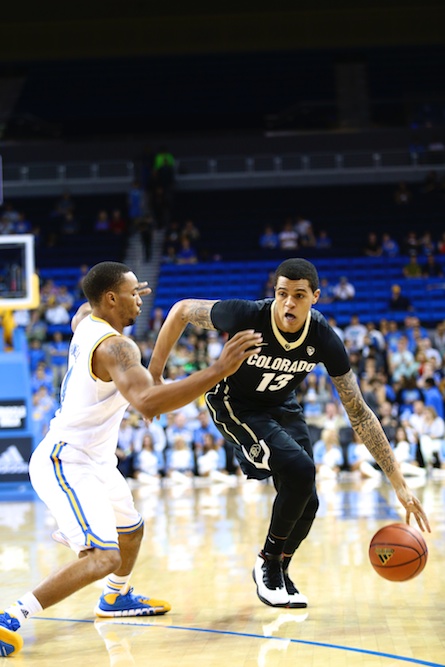 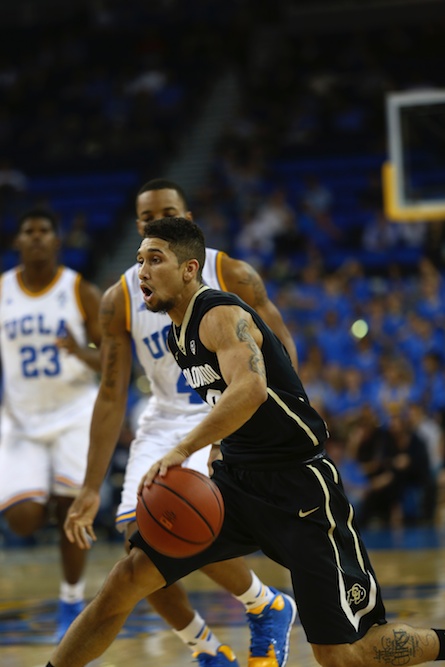 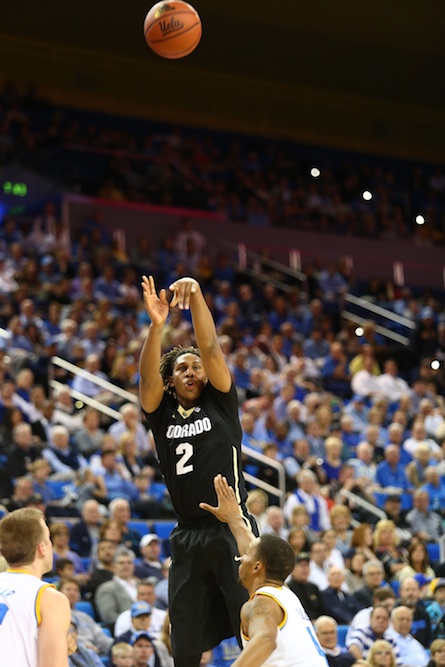 The Buffs play again Sunday at the University of Southern California. Tip-off is scheduled for 6 p.m. MST.