“The Drowsy Chaperone” at CU, a parody of Broadway’s golden era 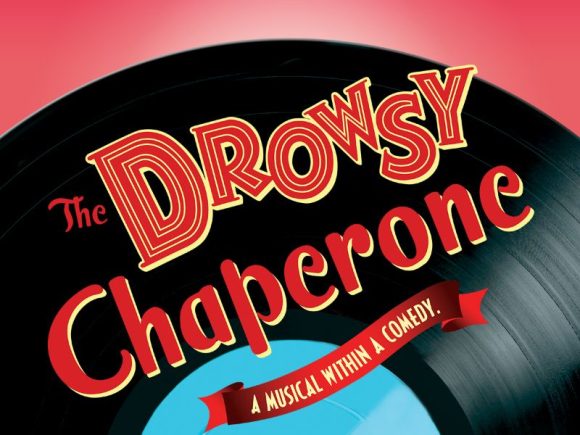 “I hate theater,” a voice says from the darkened stage. “Well, it’s so disappointing, isn’t it?”

This voice belongs to the Person in Chair, a depressed recluse who sits alone in their small studio apartment. A fan of vintage musicals, they decide to put on their favorite Broadway show, “The Drowsy Chaperone,” to cheer themselves up.

On Nov. 10, the University of Colorado Boulder College of Music’s BM/MT program will present the opening night of “The Drowsy Chaperone” in the Imig Music Building’s Music Theater space. CU’s production, which will run Nov. 10-13, offers a modernized version of the satirical musical that is more culturally sensitive and inclusive.

“The show is a satire, a commentary on the ways that Broadway shows in the past have reduced people from other cultures to stereotypes that we find comedic for entertainment value,” said music director Collin Sinclair, a CU alum who graduated earlier this year. “It is a fine line to walk between effective satire and being inappropriate.”

In the post-COVID era, the BM/MT program  wanted to make their production of “The Drowsy Chaperone” relevant for the CU community. The Person in Chair’s solitary existence is a nod to the isolation and loneliness experienced by many people during COVID, while the character’s deep connection with the musical serves as a reminder of the healing power of music.

“Thank goodness ‘The Drowsy Chaperone’ exists to lift their spirits,” wrote stage director Justin Johnson in the program notes. “We all have things that help us escape for a bit when this world gets to be too much. I just hope this show can be a reminder that we can all find people who make us feel loved and keep us from feeling lonely.”

“The Drowsy Chaperone,” which debuted at the Toronto Fringe Festival in 1998, has received critical acclaim. Since opening on Broadway in 2006, the show has won five Tony Awards, including for Best Book and Best Original Score.

The show features music by Lisa Lambert and Greg Morrison, based on a book by Bob Martin and Don McKellar.

The plot of “The Drowsy Chaperone,” a fictional show-within-a-show, centers on Janet Van de Graaff (portrayed by Ellie Karp), a Broadway starlet who is preparing to give up her show career to marry oil tycoon Robert Martin (Sam Meyer). Before the wedding, a group of gangsters attempt to sabotage the couple’s relationship, under orders from their boss, Broadway investor Feldzieg (Kees Nachbahr) who is relying on Janet’s stardom for profit. Meanwhile, Janet discusses her doubts about the groom with the Drowsy Chaperone (Libby Shull). Later, Janet dresses up as a French woman to seduce Robert and succeeds, leading to a painful misunderstanding.

Chaos soon ensues with mistaken identities, dream sequences, deus ex machina and satirical moments, as the show’s many characters fall in and out of love and try to find their raison d’être. Meanwhile, the Person in Chair (Lou Abecassis) watches in delight from the sidelines, at times offering lengthy fan commentary about the show and cast.

As the show plays into the cliches and tropes of the classic Broadway era for comedic effect, at times, it may feel outdated or even at times offensive with sexist or racist humor. CU has removed most of this content from their production, in part by the request of licensing company Musical Theater International.

For example, Man in Chair became Person in Chair to be more gender inclusive. Another update includes Janet referring Robert as her “funny bunny,” instead of “little monkey,” a pet name which may be perceived as a racial slur. In addition, CU’s production cuts the infamous “Message from a Nightingale” song, which accidentally appears in the show at the beginning of Act II due to a mix-up in the narrator’s record collection. This song, taken from the fictional musical “The Enchanted Nightingale,” portrays exaggerated caricatures of Chinese people and called for fake accents and “oriental” costumes. The creative team decided this number would not be appropriate to perform, even as a parody of the Broadway’s racist past.

Through the modernized version of “The Drowsy Chaperone, the CU production parodies the excesses of the Broadway genres in a comedic way, while acknowledging some of the cliches have no place in modern theater, even for nostalgia’s sake. The result is a show that celebrates the better parts of Broadway’s golden era — good old-fashioned entertainment with catchy tunes and happy endings.

“Everyone in the show within the show is playing a caricature,” Sinclair said. “They are supposed to be way over-the-top performative to be funny, as an escape from reality for [the Person in Chair and the audience].”

“The music is designed to be very catchy,” Sinclair said. “I found myself whistling these tunes in my car and while walking around [campus]. I think the audience will have the music stuck in their heads for days.”

“The Drowsy Chaperone” will open at 7:30 p.m. on Nov. 10 and will run through Nov. 13. Find more information about the show on CU Presents here.