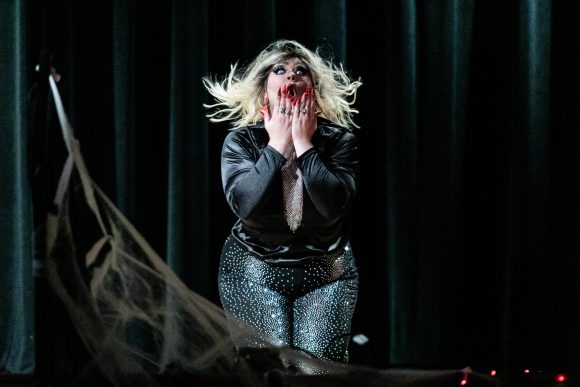 Drag clown Mo Whoremoans embraces the silly and fun side of horror. With their black and white, striped and polka dot jumpsuit, mermaid blue hair and mime makeup, they look like a far less scary version of Art the Clown, the demonic character from the horror film “Terrifier.” Onstage, Mo Whoremoans puts on a frenzied, circus-like routine with miming, dancing and even a rubber chicken. 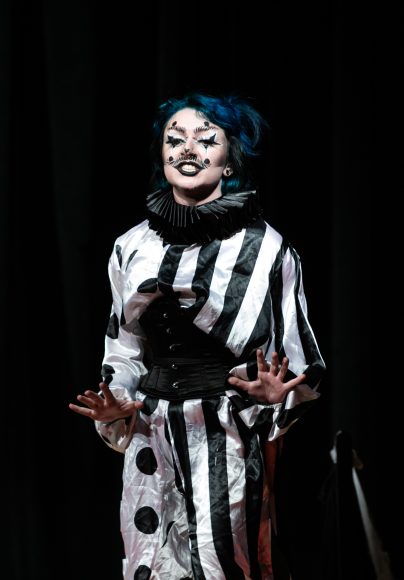 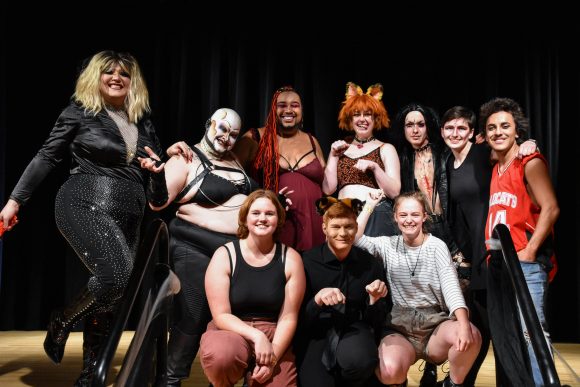 “It’s a really good starting place for a lot of drag performers,” said senior Morgan Collins, known onstage as Mo Whoremoans. “My first show was the CU drag show in 2018, and now I get paid for [performing drag] in Denver.”

This is GSA’s second Halloween-themed drag show of 2022, following “Paranormal Activity” hosted last semester on Easter Sunday, April 17. Over half of those performers and the hosts returned for “Grave Affair” for another eclectic, spooky show.

“Are you ready for the type of spooky and scary that makes you wonder what you’ve done with your life to end up here with us?” Wild Cherry Quartz asked, flipping her long, ruby-red dreadlocks. “Are you ready to question your life choices?” 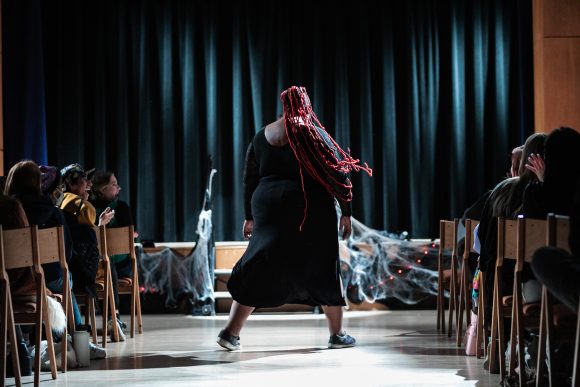 Drag host and performer Wild Cherry Quartz walked through the aisle in the audience during their performance on Oct. 23, 2022. (Io Hartman/CU Independent) 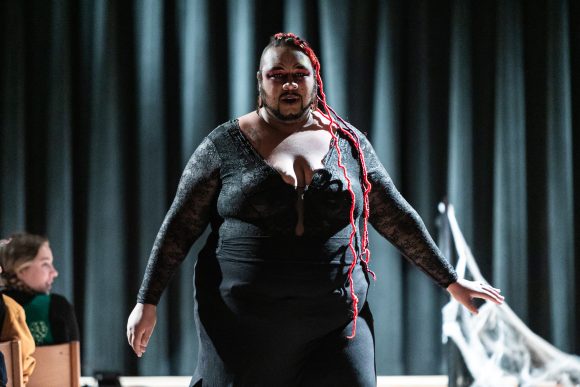 Then, the freakiness began. Calder Goodlay waltzed onstage dressed as the Red Puppet from the comedy-horror internet series “Don’t Hug Me I’m Scared,” wearing a neon red outfit with a massive costume headpiece. As hard rock music blared, he danced and stripped off this outfit, revealing grotesque skeleton makeup and a black crop top. 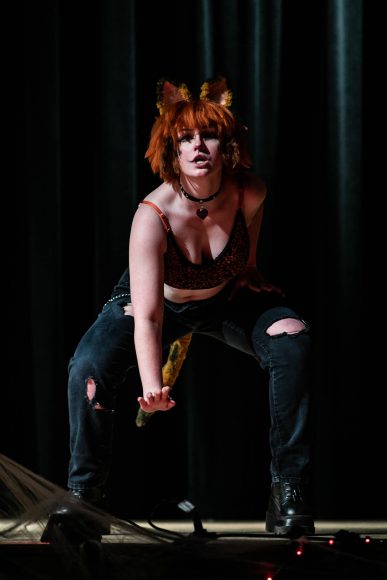 The other performers presented costumes and performances across the spectrum of spooky. Madonna Horowitz dressed as a leather-clad grim reaper with a mini scythe, her bloody chest and face covered with spiders. Little Meow Meow, a self-described “sexy Garfield” with orange kitty ears, a tail and a leather collar, writhed onstage to a very explicit song. Park danced in a classy all-black outfit along with the groove of Hozier’s “Take Me To Church.” King Vaughnz Spanic played the role of the boyband heartthrob. Swaggering around in a sleeveless red sports jersey and baggy jeans, he lip-synched his heart out to an angsty rock song and dropped to his knees for an epic solo on a tiny, red blow-up guitar. 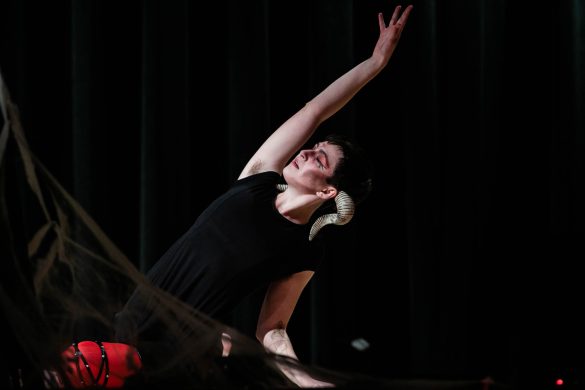 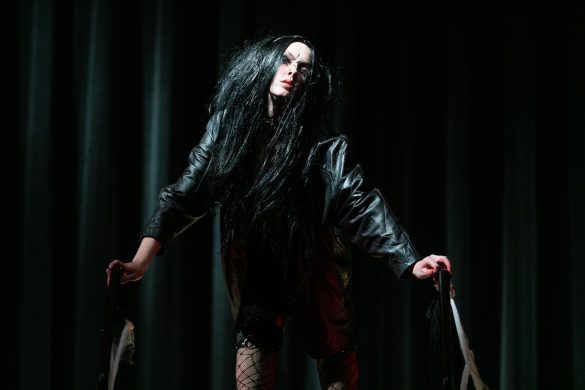 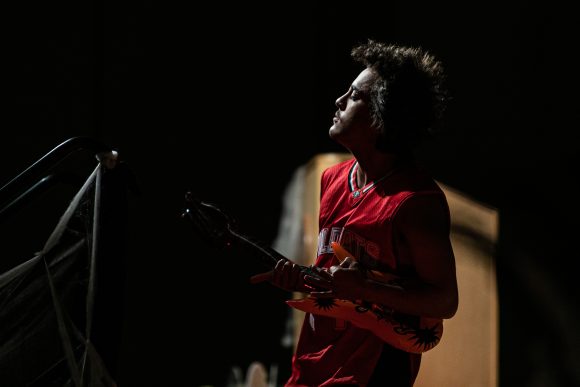 “I typically go for super emotional and vulnerable,” King Vaughnz Spanic said. “As a trans person, I’ve gone through [a lot], so I try to deal with that. Or I go sexual and sensual. There’s not really an in-between. Drag queen Jessica L’Whor described me as a ‘wholesome, respectable fuckboy.’” 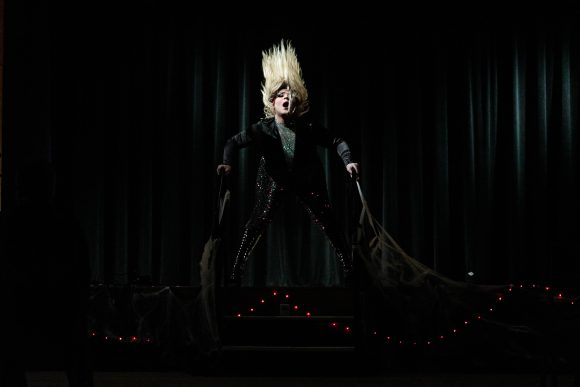 “Drag is really important safe space for queer people,” said GSA Event Coordinator Jenna Rothe, a senior at CU Boulder. “It’s a way to express themselves, to put on a personality and show what they can do.” 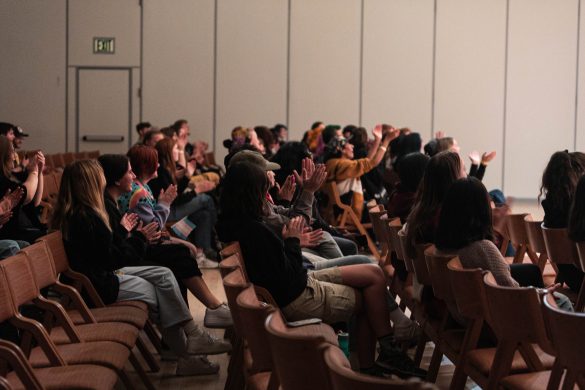 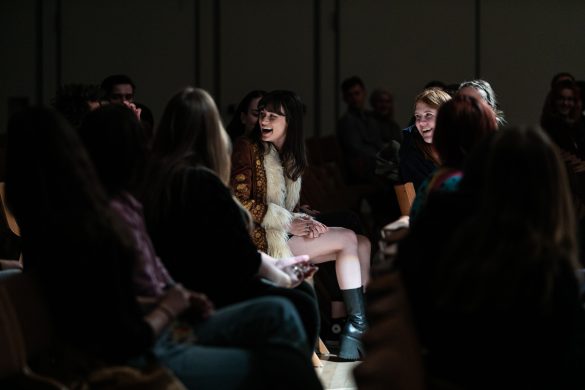 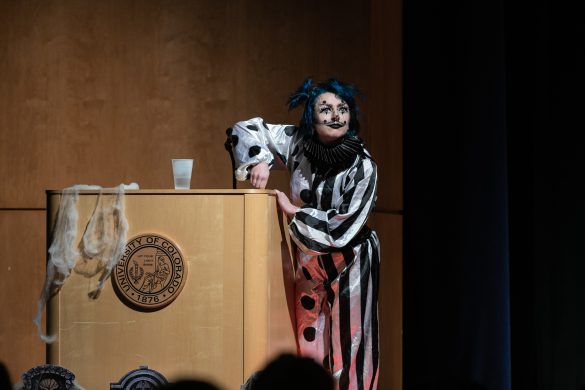 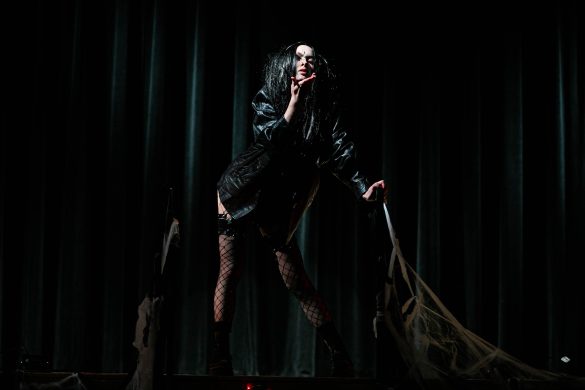 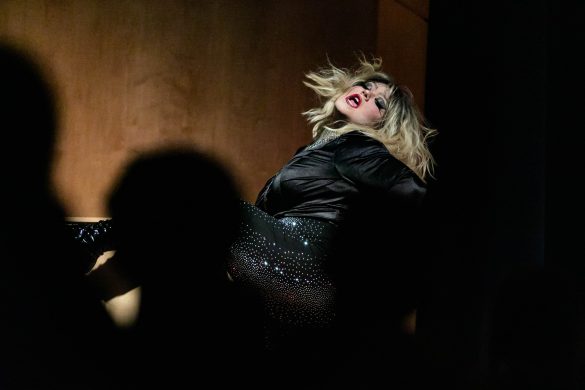 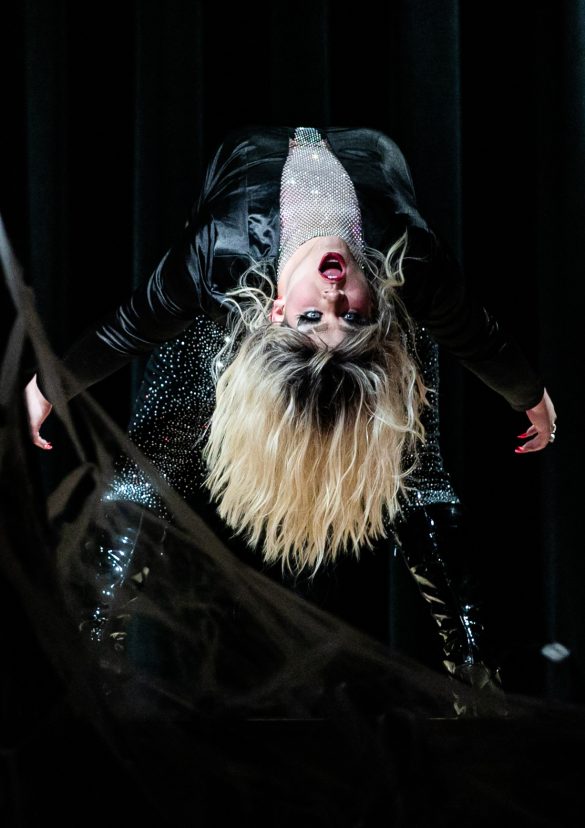 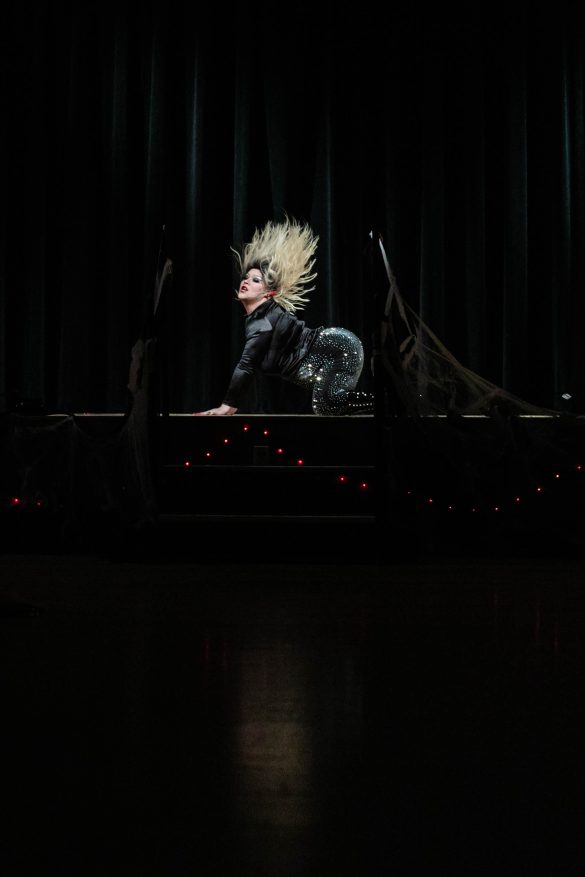 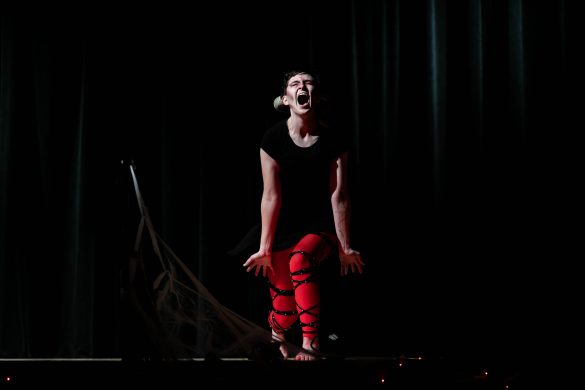 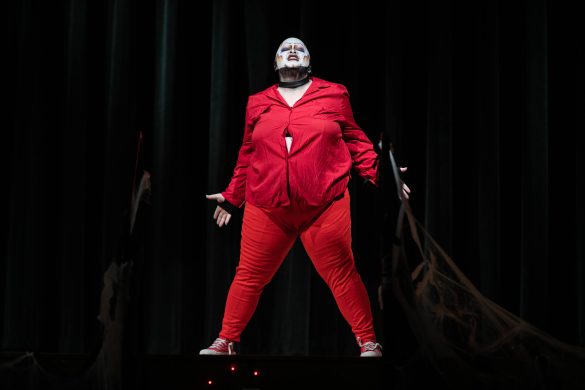 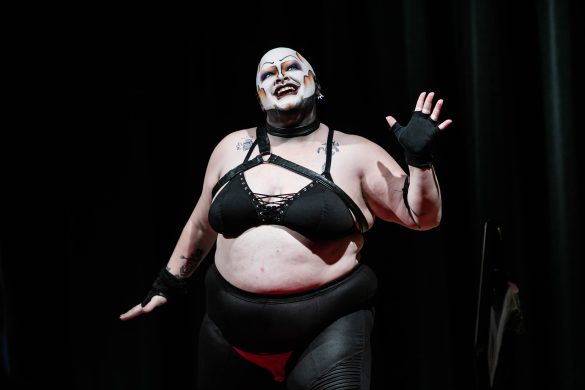 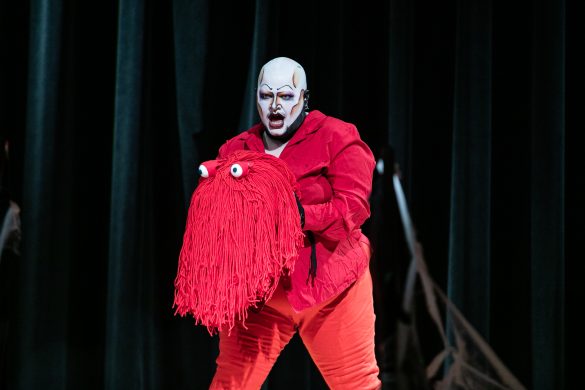 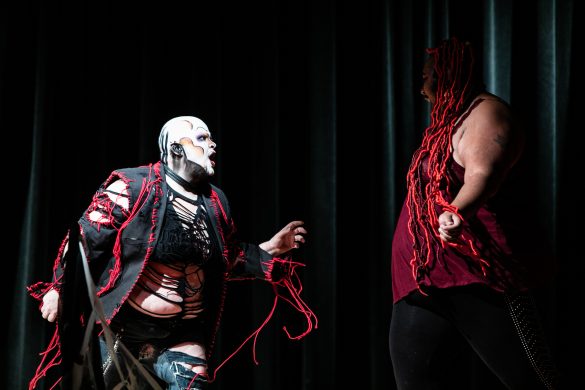 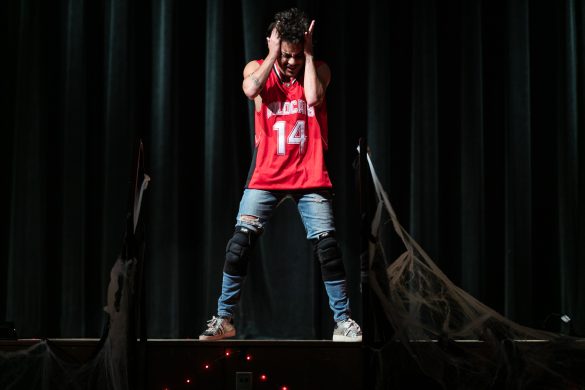 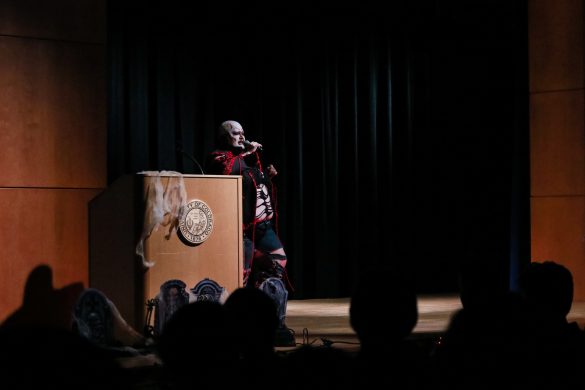