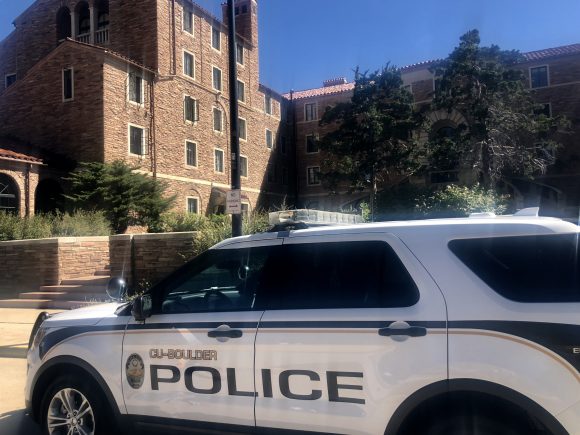 The University of Colorado Boulder Police Department(CUPD) responded to a report of felony menacing at the Marine Court Apartments, part of graduate and family housing, at 11:12 p.m. on Tuesday, Oct. 11.

Police said the suspect threatened a person while attempting to steal a bike, saying he had a hammer. The suspect fled on foot and the bike was left at the scene with its lock destroyed, according to police.

The CU Boulder Alerts system sent out a safety alert to community members via email at 1:49 a.m. on Oct. 12, over two hours after police responded to the report.

In the message, officials said the report met the requirements for the second level of the updated alert system, a safety alert, which is issued via email for crimes committed on or near campus.

Police described the subject as a white male in his mid-30s, about 5-foot-10, 180 pounds, with a thin build and brown hair. The suspect was wearing a black hoodie, dark sweatpants and was carrying a dark-colored backpack.

Police are still searching for the suspect.

Celia Frazier is studying journalism and Spanish at CU Boulder. She enjoys covering news and environmental issues. When she's not writing, she enjoys hiking, climbing, and watching documentaries. This is her first semester with the CU Independent.