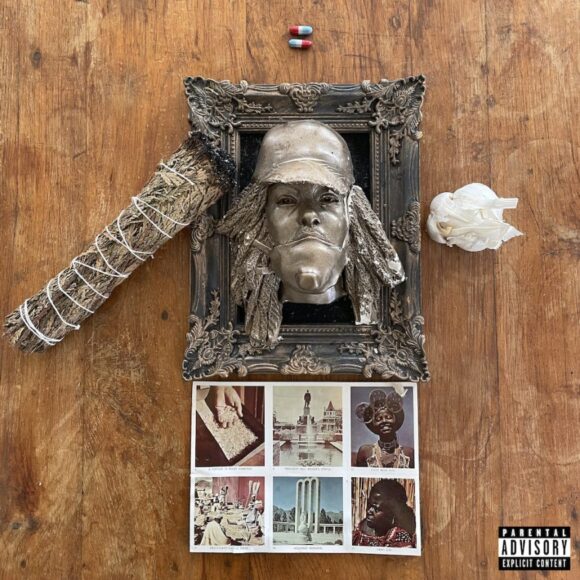 Thebe Neruda Kgositsile, known as Earl Sweatshirt, has never shied away from controversial topics. In fact, he has shined his brightest when he delves into the depths of delinquency, depression and death.

On his latest album “Sick!”, released on January 14, Earl continues this trend but with a more refined maturity. Within 10 tracks and over 24 minutes, he tackles acceptance and growth while taking a snapshot of daily life during COVID-19 lockdowns in 2020.

Prior to the outbreak of the pandemic, Earl was working on an album that was concerned with lighter themes that differed from the reality faced by many individuals in the past few years. Earl pivoted his art to imitate this newfound reality. “People were sick, angry, isolated and restless. I leaned into the chaos,” he said in an interview with Apple Music. This album embraces this chaos, forcing the listener to trust in Earl’s ability to navigate through it.

Earl spent his early years in Los Angeles, California. At an early age, he began rapping under his first moniker Sly Tendencies. Through the social media platform MySpace, Earl encountered Tyler, The Creator. After developing a relationship, he changed his name to Earl Sweatshirt and joined Tyler’s rap group Odd Future. He soon released his critically acclaimed mixtape “Earl.” While highly praised by critics, many were concerned about the lyrical content. A young Earl’s songs would poke fun at sexual assault and murder. This lack of self-awareness coupled with delinquency led to his mother sending him to a retreat for at-risk boys.

After this short hiatus, he returned and released his highly anticipated debut album “Doris,” which debuted at number five on the U.S. Billboard 200. Doris focuses on the aftermath of his newfound fame and its impact on his relationships. During this period of time, he had lost his grandmother. This loss paired with his strained relationship with his mother lead to Earl’s next few musical releases; “I Don’t Like Shit, I Don’t Go Outside,” an album that delves into depression and “Some Rap Songs,” an album that came after the passing of his father.

On Earl’s newest album, he only continues his excellence. This time around, his maturity and newfound perspective is omnipresent as he speaks about the impacts of fatherhood, the trials of a global pandemic, and the role of an artist. He quickly injects the thesis of this catalog on the intro with the support of a synth, bass and sample. The sample is constant, acting as the canvas for Earl to paint. Twelve seconds into the song, he states “don’t cross the picket line and get the virus.” Through this line, he reflects on the pandemic that left many out of work or operating remotely. By utilizing figurative speech he carefully captures the nuances of this time.

“Fever in a cabin” plays on the phrase cabin fever to demonstrate the feelings many felt as lockdown mandates swept the world. On the title track, he sluggishly says, “Can’t go out sad, can’t go outside no more cause n***** sick.” He does not stray from this truth in this first offering, very much affirming to the listener that he will not offer distractions from the reality of our situations. In the closing seconds of “Vision,” a vocal sample takes this even further, proclaiming “the magic of truth is much more powerful than the magic of make-believe.” But, compared to his previous offerings, Earl does not seek to dwell in the nihilistic depths of truth. Instead, he seeks to bring solace.

He masterfully brought this on the song “2010.” In this celebratory song, Earl reminisces about his troubled past and his status, featuring lyrics such as “long way to go, we already came far” and “threw me loose change, look what I made of it.” Earl’s play on idioms turns these statements into descriptors for his current situation. This theme is prevalent throughout the project. In the song “God Laughs,” he speaks of seeking redemption, “swamp marching on the quest for my lost halo.” In the title track, we are met with production that seems to submerge the listener. Alongside distorted drums, Earl employs a sluggish flow. “I heard life’s a trip, get it how you live, I guess it’s all you get, take it on the chin,” he says. He continues the theme of accepting the truth of one’s situation.

Overall, he seeks to demonstrate growth throughout this album. He alludes to his past work to present this point. He raps that he “walked outside” and “it was still gorgeous,” alluding to his album “I Don’t Like Shit, I Don’t Go Outside.” Instead of staying inside and feeling depressed, he chooses to push past his fear and anxiety to go outside and enjoy the beauty of nature.

Unlike many of his contemporaries, Earl repels the industrial pressure to recreate his previous works. He is no longer the 16-year-old who was rapping about “nuts to bust, and butts to fuck, and ups to shut” or saying “Earl puts the ass in assassin” on his first album. He acknowledges his own growth. He refuses to allow his fans or his critics to tarnish his artistic integrity. Halfway through the album, we hear the voice of Fela Kuti, a Nigerian multi-instrumentalist known for pioneering the genre of Afrobeat, saying, “Art is what is happening at a particular time of a people’s development or underdevelopment. Music has to be for revolution.” Lines like this demonstrate how Earl has fully accepted his role as an artist.

On “Sick!”, he hopes to produce a soundtrack for the times we currently face. Something that will ensure he “lives after he’s dead,” as he said in his interview with Apple Music. In this age of heavily saturated artistic environments paired with the dwindling attention span of the average listener, more and more artists only have five minutes of fame. Earl strives to create music that not only captures the essence of a time but outlives him.