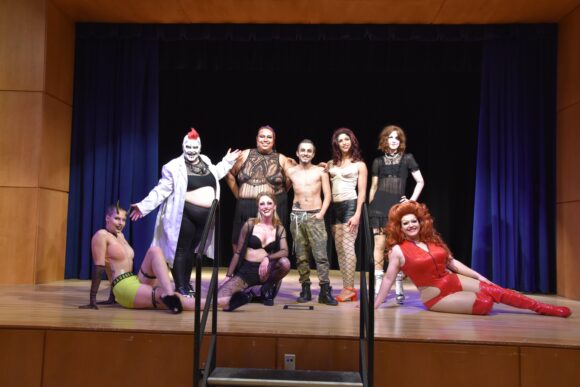 “What’s a skeleton’s favorite snack?” shouted drag king Calder Goodlay for the third time, shaking his red Mohawk in frustration. With his clownish face paint, platform boots and studded bracelets, he looked like a cartoonish combination of KISS and Pennywise at a Halloween costume party.

As the crowd roared with laughter, Goodlay demanded, “Why must you fail me so often?” and then screamed, “Ribs! Spare ribs!” 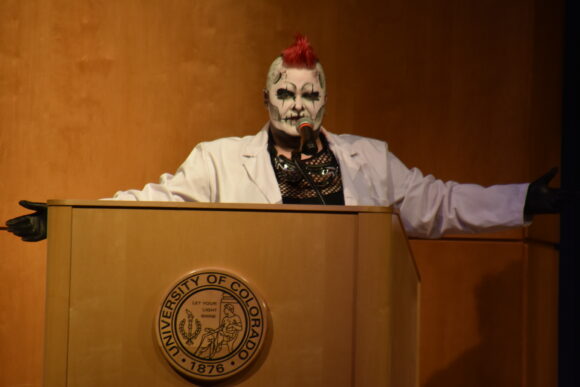 In previous years, the show has been held in a packed gym at CU’s Recreation Center during the fall semester. However, due to organizational issues, this year’s Halloween-themed show was rescheduled from November to Easter Sunday, resulting in a far smaller turnout than in previous years.

“On GSA’s board, it is all new folks now,” sophomore Quinn Rubin added. “We had no veterans from the last time this was put on in 2019.”

Denver-based drag queen Kat Danger was undoubtedly the most seasoned performer. She cut a striking figure — dressed all in bright red from her vinyl thigh-high boots to her voluminous wig. Her routine featured sensuous dancing and impressive acrobatics, including full splits and a handstand. 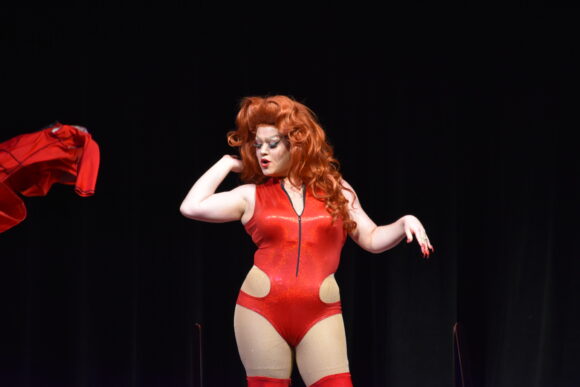 King Vaughnz, who has previously been mentored by Goodlay, seemed at ease and confident onstage. With his tough guy demeanor and military outfit, he swaggered around the ballroom. Then, near the end of his set, he ripped off his shirt — to the surprise and delight of the crowd — and then randomly pulled out a colorful sock puppet.

Between acts, the crowd cheered on the stage kitten, the stage manager with kitty ears who picked up the “drag droppings” — the items left onstage by the performers.

“We’ve got a kitten for that,” joked Quartz during an interlude, flipping aside their lengthy purple dreadlocks and waving around a rainbow fan.

The other performers presented an array of diverse routines. Christopher Allure leaned into a non-binary aesthetic, stripping off his mask and cape to reveal a sparkly corset with angel wings and a pleated skirt. Daddy Wood and Madonna Horowitz performed simple, yet seductive chair sequences, while Lucia jammed out to a rock mashup of Britney’s “Toxic.” Pietro Painslut closed the show with an eclectic routine. With his blue glittery eyebrows and beard, tiny devil horns and vampire teeth, he sauntered around in pajamas, did a full splits and then stripped down to neon yellow boxers. 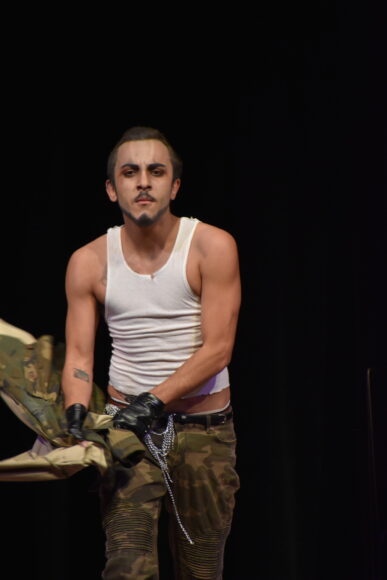 Through these different performances, GSA’s annual drag show displayed the diversity of CU Boulder’s drag community — one of the main goals of the event. 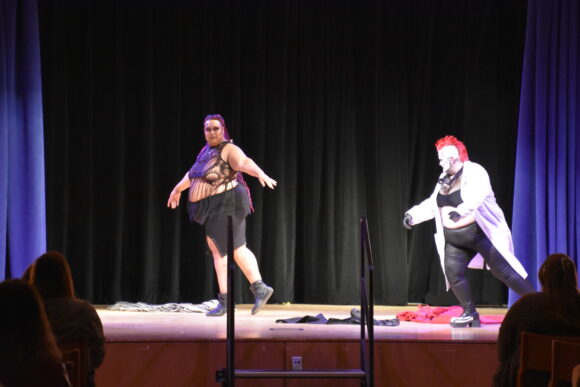 Simone likewise hopes the show will encourage more people at CU to get involved in the local drag community — and perhaps even try out drag for themselves.

“Drag is for everyone to enjoy,” Simone said. “It’s a fun way of performing and expressing yourself that everyone can get involved in.”