Preview: A female astronaut left behind in “They Promised Her The Moon” 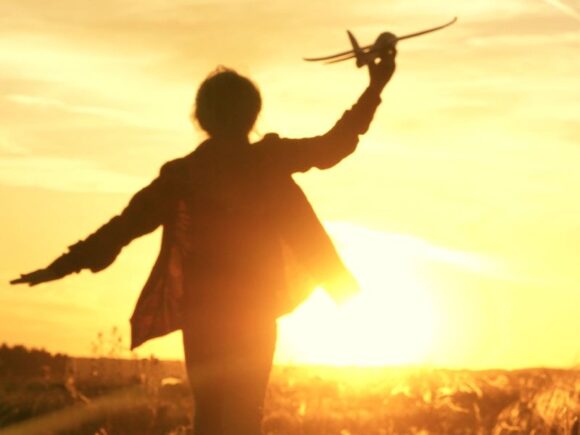 Geraldyn “Jerrie” Cobb, an American aviator, was the first woman to pass astronaut training in the early 1960s. However, when the now-famous men of the Mercury Seven went to space, she and other women of the Mercury 13 were excluded from the program due to their gender.

To recount Cobb’s story, Laurel Ollstein, a Los Angeles-based playwright, director and actress, wrote the play “They Promised Her The Moon” in 2017.

The University of Colorado Boulder’s Department of Theater and Dance will be performing “They Promised Her The Moon” in the Loft Theater from April 15-24 under the direction of guest artist Kent Thompson, this year’s Roe Green Visiting Artist.

In “They Promised Her The Moon,” Cobb is put in an isolation tank to prepare her for her journey to space. While she is in the tank, she reflects back on memories of her life leading up to that moment. She recounts her memories of her childhood, navigating a tough relationship with her mother, falling in love, and her relationships with her idol Jacqueline Cochran, an aviation pioneer who was the first woman to break the sound barrier, and William Randolph Lovelace II, a physician who made contributions to aerospace medicine.

Though Cobb never actually makes it into space, her struggle paved the way for women who shared her dream of being an astronaut and would eventually follow in her footsteps and even make it to space.

While this production focuses on historical events, it is still very much so relevant today. There are still barriers that women continue to face to advance in their careers, especially in male-dominated professions like aeronautics.

“(It’s important) to tell a story that was unknown to most of us about two women who were really strong, independent, passionate and committed in their own ways,” Thompson said. “I fell in love with the two women. The fact that they got trampled by sexism and the powers that be (is relevant) to bring up today when it is still happening.”

“One of the things that is so amazing about this play is how Laurel researched everything so deeply,” said graduate student Sam Collier.

One example of how well researched the play is appears in a scene referencing Randolph Lovelace. He was known for inventing the oxygen mask for pilots to fly at higher heights. When he tested his invention, he jumped out of a plane at forty thousand feet and fell unconscious during part of the free fall.

This production will be very entertaining, dynamic and visual, especially given the thrust stage which will immerse the audience immersed in the show and bring them very close to the intriguing set. The actors have worked with a dialect coach to develop midwestern accents. Sophomore Ashley Parish worked on developing a speech impediment for her lead role as Cobb.

“Our sound is awesome,” Parish said. “Our lighting is beautiful. I love the costumes. They’re really pretty.”

The cast believes the most impactful part of the production will be bringing these two inspirational and historic women, Cob and Cochran, back into the light.

“I think it’s just really interesting to see a story told on stage that most of us know nothing about,” Collier said. “Jerry Cob is a name that has been lost to time, but she was a real pioneer in her time and broke all these barriers.”