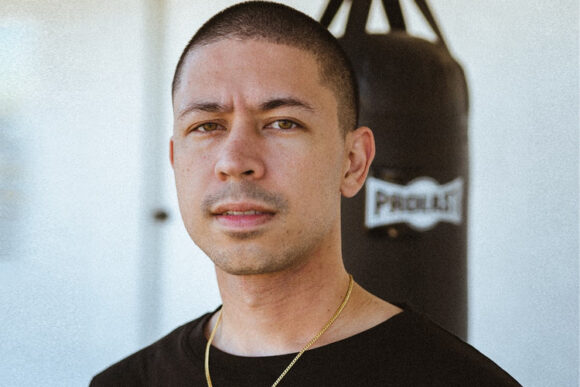 YouTuber Noel Miller, who spoke at the university on March 10, 2022. (Courtesy of Program Council)

On Thursday, March 10, YouTube star Noel Miller visited the University of Colorado Boulder’s Glenn Miller Ballroom at the University Memorial Center for a night of standup comedy, hosted by Program Council. Miller’s performance gave students a night filled with laughter to remember. At one point in the night, students could even find security guards trying to keep a straight face.

Prance, an up-and-coming comedian with nearly 300,000 Twitter followers, opened for Miller. His set featured many jokes set up by stories from Prance’s experiences in his current home of Los Angeles, as well as his trip to Boulder.

“This is one of the most beautiful places I’ve ever been,” Prance said. “But I know that just means all of your Instagrams are just really annoying. I feel like Colorado is so nice, your problems can’t be real.”

Prance bantered with the audience, even opening his set with “Sko Buffs?” That was met by shouts of excitement from those in the audience. His comedy focused on interacting with his own world and forming jokes out of his encounters, such as his parent’s expectations and his own college experiences.

After his set, Prance welcomed Miller to the stage. He was met by roaring cheers from the crowd.  When Miller approached the microphone, he engaged in small talk as he warmed up for his set. Miller’s lively smile and pauses between setups and punchlines made his content easy to understand and connect with.

Miller first found his fame through Vine in 2014 while he was a software engineer. He slowly grew a fan base making YouTube videos throughout the 2010s,  where he gained 2.6 million subscribers. His content focuses on stand-up comedy, as well as reaction videos to TikToks and his Instagram DMs.

The humor Miller provides his audience is mainly focused on topics teenagers and young adults find intriguing, including social commentary. His personality on YouTube felt very similar to his stage presence live.  Miller addressed the audience in a comfortable and inviting sense, treating his fans like friends that he is casually talking to.

Miller is no stranger to the university community, having visited with fellow YouTuber Kody Ko just two years prior. Making jokes about topics that poked fun at both men and women, Miller did not discriminate with his material on stage.

Throughout the long night, Miller made several references to the jokes that have become a part of his career. Many in the crowd referred to him as “Short King,” a long-running joke among his fans. He also joked about famous, and controversial, celebrities such as Jeffery Epstein, David Dobrik and James Charles.

His set was followed by a short Q&A in which the audience asked about his upcoming YouTube content and collaborations with fellow comedians and YouTubers. During this segment, some were quick to poke just as much fun at Miller as he had at Boulder students throughout the night. One audience member even asked, “Do you think if you were taller you’d be more successful?”

Overall, Prance and Miller offered CU Boulder students a night full of laughter and fun. The environment was engaging and light-hearted through the event, leading to an amazing night for everyone in attendance.

Lauren Clanton is a freshman studying English literature at CU Boulder. She has a passion for journalism and is on the arts writing staff. Initially from Colorado, she enjoys hammocking, watching sunrises, embroidery, and yoga.