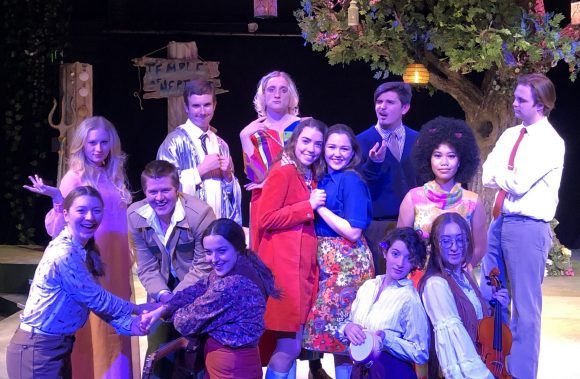 To escape their fate as the town’s latest human sacrifices, two young maidens escape to the forest, disguising themselves as boys. They fall madly in love without realizing each other’s hidden identities. As the gender-bending tale unfolds, their secrets unravel, leaving the couple and their community to contemplate whether gender matters in the face of true love.

This is the premise of John Lyly’s “Gallathea,” a romantic comedy that is surprisingly progressive for the 16th century, especially given Elizabethan theater’s exclusion of women. At the time, boys played all of the female roles. Even now, over four centuries later, this play offers compelling depictions of queer love that go beyond the boundaries of heteronormative historical theater.

This week, from Feb. 16-20, the University of Colorado Boulder’s Department of Theater and Dance will present a modern adaptation of Lyly’s “Gallathea” set in the 1960s, under the direction of PhD student Kaitlin Nabors. The show will open at 7:30 p.m. on Wednesday, Feb. 16 in the Loft Theater.

“I love a good cheesy love story,” said freshman Edie Roth, who plays the role of Gallathea’s lover Phillida. “‘Gallathea’ does that phenomenally well, while still sharing a lot of important messages about staying true to oneself, finding love in unlikely places and connecting with others.”

Premiered in 1588 for Queen Elizabeth I by the Children of St. Pauls, a troupe of boy actors, “Gallathea” features a rather circuitous plot with three-layered storylines. Set in the village of Lincolnshire in eastern England, the main story follows the blossoming romance between two young maidens dressed as boys, Gallathea and Phillida, who have escaped to the woods to avoid being the penannular virginal sacrifice to Neptune. 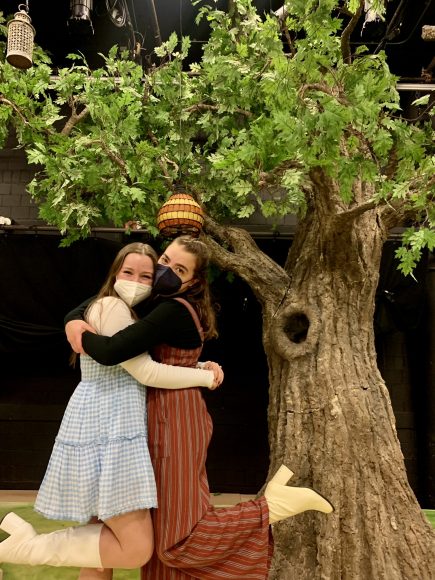 “As a queer actor who loves classical theatre, this play is truly a pot of gold,” said junior Jo Hoagland, who plays the titular role of Gallathea. “It has been so fun being able to experiment with the full spectrum of masculinity/femininity and gender presentation throughout this process.”

Meanwhile, the second storyline unfolds as a divine plot. Cupid attempts to seduce one of Diana’s nymphs, sworn to chastity, and after his inevitable rejection, vows to cause mischief.

A third humorous Shakespeare-Esque subplot features three shipwrecked brothers: Rafe, Robin and Dick. The brothers enter the woods on an adventure in search of their fortune. Along their journey, they encounter three bizarre characters: the Mariner, the Alchemist and the Astronomer.

“The play’s gender exploration with Phillida and Gallathea helped me discover my own identity as a trans person when I did it for a student-directed scene a few semesters ago,” said senior Matthias Bolon, who plays the role of Rafe. “Getting to participate in the play with a full cast and as a male-presenting character now is quite exciting.”

Nabors, whose specialty is Elizabethan-era theater, is excited to share Lyly’s work with the audience — especially with her own modern twist.

“I love working with this old language, this old text,” the director said. “We are able to get so much out of this old poetry that sounds modern and relevant when you add a modern tone and inflection to it.” 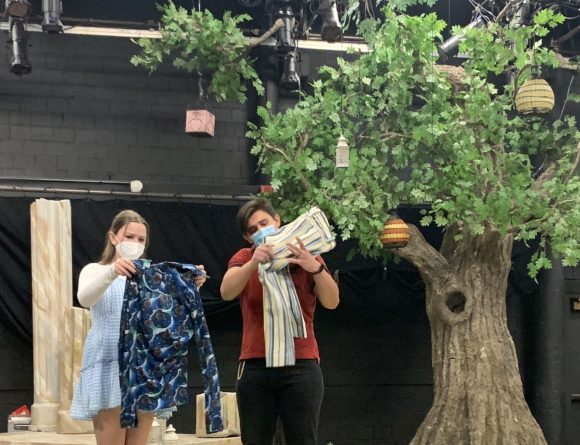 In her adaptation, Nabors decided to transpose “Gallathea” from the 16th-century English countryside to a hippie music festival in the 1960s, which works surprisingly well. The show has also had another creative adaptation set in the 1990s era in Germany.

In the era of free love, second-wave feminism and the burgeoning queer rights movement, Gallathea and Phillidea’s love story seems more realistic, while also suggesting that the mystical and magical elements could be the result of psychedelic drug-induced fantasies.

At the festival, Diana and her nymphs are the headlining band, reframing their divine status as famous celebrities. Jamming to iconic ‘60s classics from The Mommas and the Poppas and the Temptations, they wear eclectic 70’s era fashion from the future — think flares, bell sleeves, headscarves, etc. Meanwhile, the mortal characters, relegated to the lowly status of fans, stick with ‘60s fashion that ranges across the decade.

With this fresh take on a classic, Nabors hopes the audience will connect to the universality and power of true love, regardless of gender identity and sexuality, across the centuries.

“The story is very timeless — the idea of falling in love and honoring who you are through that (process),” Nabors said. “Love is pervasive. Love conquers all. They are able to overcome so much because of who they fall in love with.”

Tickets can be purchased through CU Presents here.