Table Mesa King Soopers to reopen in January, nearly a year after shooting 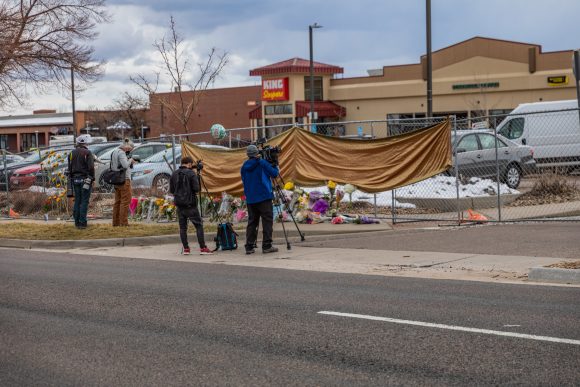 On December 1, King Soopers announced that they will be re-opening their Table Mesa location on Jan 20, 2022, in partnership with the City of Boulder.

In a post on the City of Boulder’s website, Mayor Sam Weaver said that the Table Mesa store “has been the cornerstone of the South Boulder Community for the last 49 years…we are looking forward to welcoming our associates and the community back to their fully remodeled store.”

The store was the site of a mass shooting in March of this year, killing 10 people, including a local on-duty police officer. The alleged shooter is in custody at the Boulder County Jail and faces 10 counts of first-degree murder. He is undergoing further evaluation as he was declared incompetent to stand trial in October.

The store has been closed since the shooting in March. The city is hoping that the move will help the community’s overall recovery from the incident.

“We’ve always known that Boulder was a special place,” said Joe Kelley, president of King Soopers. “But you’ve proven through your empathy, your strength, help and support that Boulder is so much more than a place; it’s more than a community; Boulder is our family.”

The store will have a significant redesign, based on feedback from both associates and the community, with more information to be announced within the coming weeks.

The City of Boulder continues to offer victim support and mental health resources for those affected by the shooting.