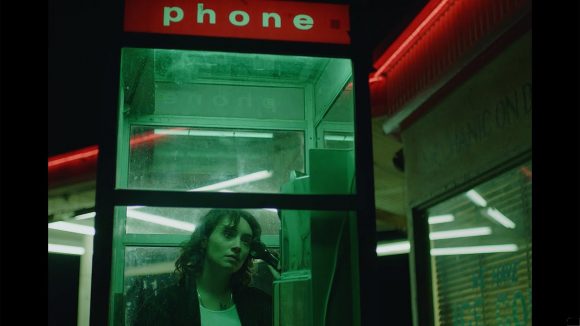 A few years ago, a straight girl in a red sweater broke Marie Ulven’s heart. So, naturally Ulven wrote an angsty song about it (“i wanna be your girlfriend”) and named herself girl in red.

Now, the Norwegian singer-songwriter has become a queer icon with 1.9 million followers on TikTok. Her brand is stripped down and authentic — from her signature look, a hoodie with a baseball cap or beanie, to her candid confessions about queer love and mental health. The phrase “do you listen to girl in red?” has even become code for the LGBTQ+ community to ask, “are you gay?”.

On Thursday, Nov. 18, Ulven released the music video for “I’ll Call You Mine,” the fourth one from her debut full-length album “if I could make it go quiet,” released on April 30, which earned her two European MTV nominations. The album as a whole is refreshingly honest as usual, yet also angrier and more daring than before. As she fights to silence “it,” the mental noise in her head, her lo-fi bedroom pop style has become louder, denser and perhaps even more cathartic. 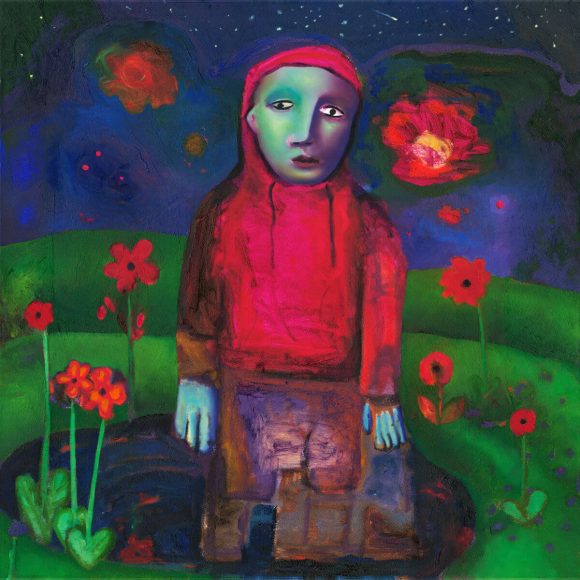 “I’ll Call You Mine,” a nostalgic song about a brief, passionate summer love, is one of the least angsty tracks on the album; however, the video takes a darker turn, depicting a toxic relationship between a woman and her dangerous lover, a criminal who takes her along on an armed robbery of a convenience store, where they encounter Ulven. The story ends with the woman, guilty and heartbroken, leaving her lover and turning herself in to the police. With the fleshed out storyline and faded, grungy visuals, the video is her most polished and ambitious to date, reflecting her evolution from bedroom pop sensation to multifaceted indie artist.

It stands apart from Ulven’s earlier low-budget music videos, which lean into the DIY indie aesthetic, such as the one for the album’s standout track “Serotonin,” released on April 28. Though this video earned her a “video for good” nomination at the European MTV awards, it is not very visually impressive — shaky camera work with retro filters, repetitive scenes with Ulven dancing around with red balloons and finally cheesy green screens — and doesn’t reflect the heavier subject material or enhance the musical experience.

“Serotonin,” produced by Finneas, Billie Eilish’s brother and collaborator, is a disturbing depiction of mental illness. The song is a visceral depiction of anxiety and OCD, exploring the cycle of violent intrusive thoughts, suppression and uncontrollable impulses in excruciating detail. Following the Finneas’ signature aesthetic and structure, the song opens with a laidback, lush sound, before erupting into a dense texture for the chorus with an immersive guitar sound, backed by crunchy bass and surging beats, while Ulven raps, ”I have intrusive thoughts//Like cutting my hands off // Like jumping in front of a bus//Like how do I make this stop,” dark confessions that she admits to never sharing before. The result is jarring, as it’s intended to be, and captures the essence of the obsessive-compulsive spirals that Ulven and many others face on a daily basis — the exact opposite effect of the lighthearted music video. 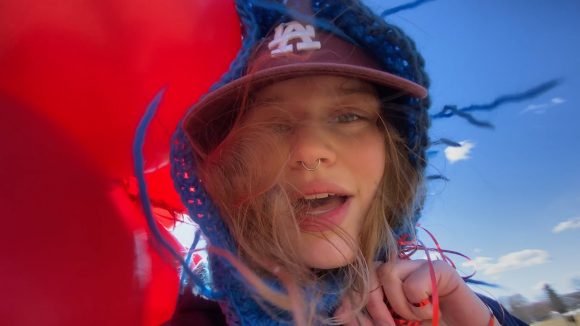 Though the other two music videos, “rue” from 2020 and “body and mind” from 2021, lack the visual and narrative complexities of “I’ll Call You Mine,” they more adequately reflect the darker side of Ulven’s struggles with mental health. In “rue,” an apology about burdening a friend or lover with her mental health issues, Ulven tries to run away through rolling fields and a gloomy forest, but she is followed and eventually entrapped by a sweeping spotlight, a symbolic representation of her failed attempts to escape her mind. “Body and Mind,” which explores the physical exhaustion resulting from her anxiety and OCD, is even darker, featuring a kidnapping by strange men that ends with Ulven dying, drenched in blood and later burned to death. The shocking imagery reflects how Ulven feels like a victim of her abusive mind, which she feels is trying to kill her.

Thus over the past year and a half, with the exception of “Serotonin,” the progression of Ulven’s music videos reflect her artistic refinement. If this development continues, she has the potential to create even more compelling ones for rest of the album, which explore more diverse emotions and topics ranging from heartbreak-fueled rage to disappointment to hope. In “Did You Come?”, a song about cheating, she yells, “I’m not upset, I’m fucking pissed,” and later on the upbeat “You Stupid Bitch,” she cusses out a girl for not loving her back, over a grungy wall of sound. It’s an aggressive new take on her first hit “i wanna be your girlfriend” that works surprisingly well, as she taps into more volatile emotions. As the years have passed, her angsty pining has flared to jaded frustration. 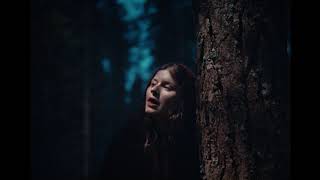 Painfully self-aware yet unable to break free from her toxic cycles, Ulven doesn’t shy away from her own hypocrisy in romantic relationships. On “midnight love,” a laidback piano ballad with plucked strings, she bemoans the pain of being someone’s second best. Yet, on the previous track “hornylovesickmess,” she admits that her “love comes out at midnight” in another relationship, using her fame as an excuse for her selfishness and warning her lover to not take her back. She is aware of her unhealthy relationship habits but unwilling or unable to change.

Then, the final track is a hopeful respite from the emotional turbulence. Ulven answers the album title “if I could make it go quiet” with “it would feel like this.” For her, “this” is a calming piano instrumental with strings that lasts for one minute and 20 seconds, an ephemeral inner peace, free of mental noise and intrusive thoughts even if only for a few moments. After the building intensity of the entire album, this ending feels eerily calm and almost anti-climatic, yet it also provides a sense of closure.

Through this hopeful ending, Ulven reminds herself and us as listeners of the role of musical catharsis in the healing process. This is where her power as an artist and a queer Tik Tok influencer lies — in her ability to express pain authentically, transforming it into relatable anthems about the challenges of life and love.