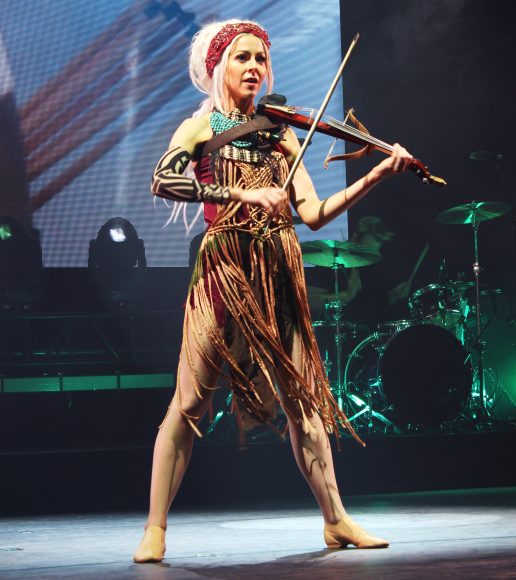 Lindsey Stirling emerged from fiery orange floodlights, clad in a tribal costume with blonde dreadlocks. Ambient electronics and an ethereal melody flowed through the packed Red Rocks Amphitheater. When the beat dropped, she erupted into motion: twirling, leaping and kicking, as her bow danced across the violin’s strings.

For nearly a decade, Stirling, the “hip-hop violinist” who reached stardom through YouTube, has been known for her classical music meets EDM crossover style paired with dazzling music videos. 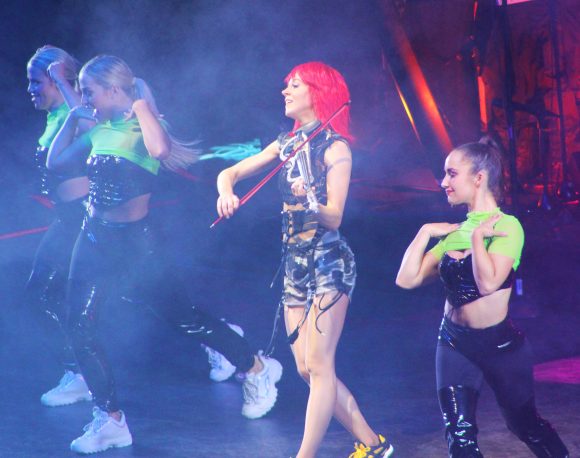 With her long-awaited Artemis Tour, Stirling embarks on her most ambitious visual spectacle yet for her fantasy concept album “Artemis” from 2019: an uplifting story of light prevailing over darkness, which feels even more relevant in 2021. For her fans, the show is a predictable, yet nevertheless impressive, visual recreation of her YouTube music videos, complete with similar costumes and dance moves. Yet, seeing Stirling live is a far more raw and energizing experience. 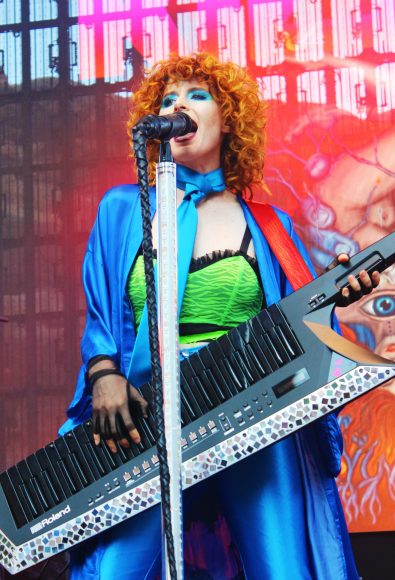 Though Stirling has always embraced her inner geek, “Artemis,” a concept album inspired by Greek mythology with its own manga series, is undoubtedly her geekiest release yet. The story takes place in a magical, dystopian future, where Artemis, the Greek goddess of the hunt and the moon, battles Nix, the evil Greek goddess of the night, to bring back light to the world. In the pricey manga series ($90 for six issues), Stirling is depicted as the anime Artemis with a maroon bob and piercing, icy blue eyes, wielding a crossbow violin against the darkness.

For Stirling’s more frugal fans, the story also appears on her YouTube channel in her most visually stunning (and high budget) music videos to date. The videos for “Underground” and “The Upside” feat. Elle King explore a grungy, dystopian world, featuring cinematic nods to sci-fi classics like “Blade Runner” and “Tron.” In “Artemis,” the videos for“Til the Light Goes Out” and “Between Twilight,” depict a fantastical, magical world, drawing inspiration from “Lord of the Rings,” “Game of Thrones” and “Harry Potter,” while her latest release “Masquerade” unexpectedly dives into eighteenth-century aristocratic life. 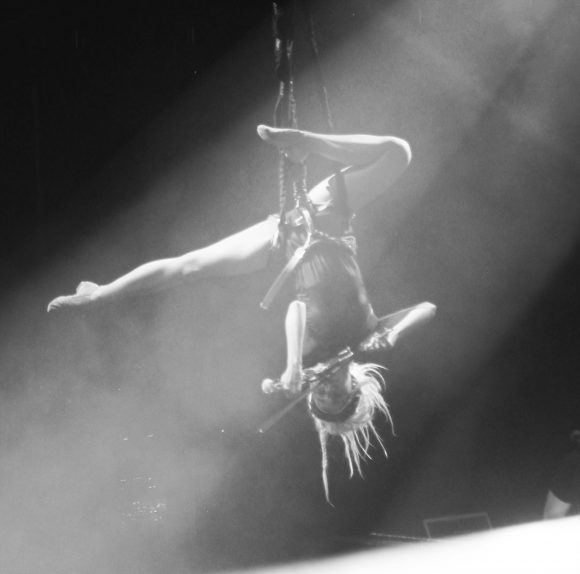 Nestled within the crimson monoliths of Red Rocks, these epic onstage visuals transported fans into Stirling’s fantasy world. While fantastical scenes flashed across the massive screens, Stirling and her dancers whirled through the recreated music video costumes one by one. There were tribal dresses for “Til the Lights Go Out,” ostentatious ball gowns and towering wigs for “Masquerade,” god-like antlers and cascading blue silks for “Artemis,” futuristic skater-punk outfits for “The Upside” and of course pirates for her 2014 hit “Master of Tides.” The hardcore cosplay fans in the audience must have been drooling. 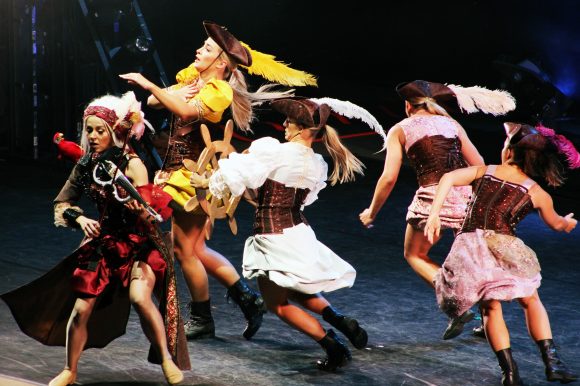 Despite the flashy visuals, Stirling aimed to touch the audience in a more profound way than simple entertainment. During transitions, inspirational, if somewhat cheesy, videos about the power of light were shown. While the audience cheered and whistled, a silky, baritone voice boomed with motivational messages: “Push through the shadows and remember that light is never far away,” “You are more powerful than you could ever imagine,” etc. 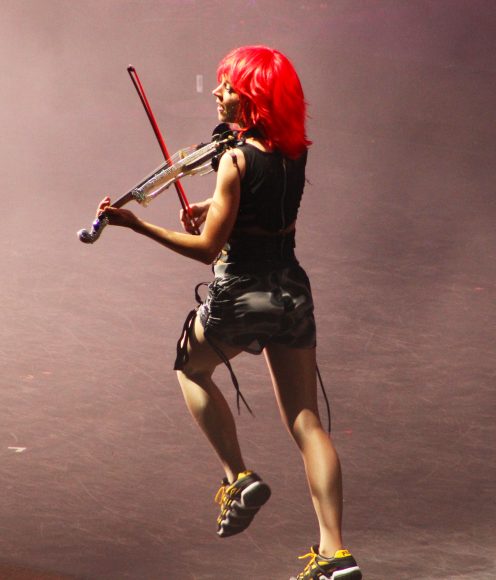 Later, Stirling orchestrated a heartwarming moment for her manager Adina Friedman: a surprise happy birthday song, which suddenly turned into a wedding proposal from Friedman’s boyfriend. It was followed by a Disney medley with the romantic theme song from “Up,” while Stirling’s chihuahua, Luna, skidded across the stage with a balloon.

In moments like that, Stirling infused the Red Rocks crowd with hope and light, becoming a real-life Artemis for the night. Even after the last notes from her violin faded, the collective feeling of hope remained, reminding us that light will prevail over darkness.