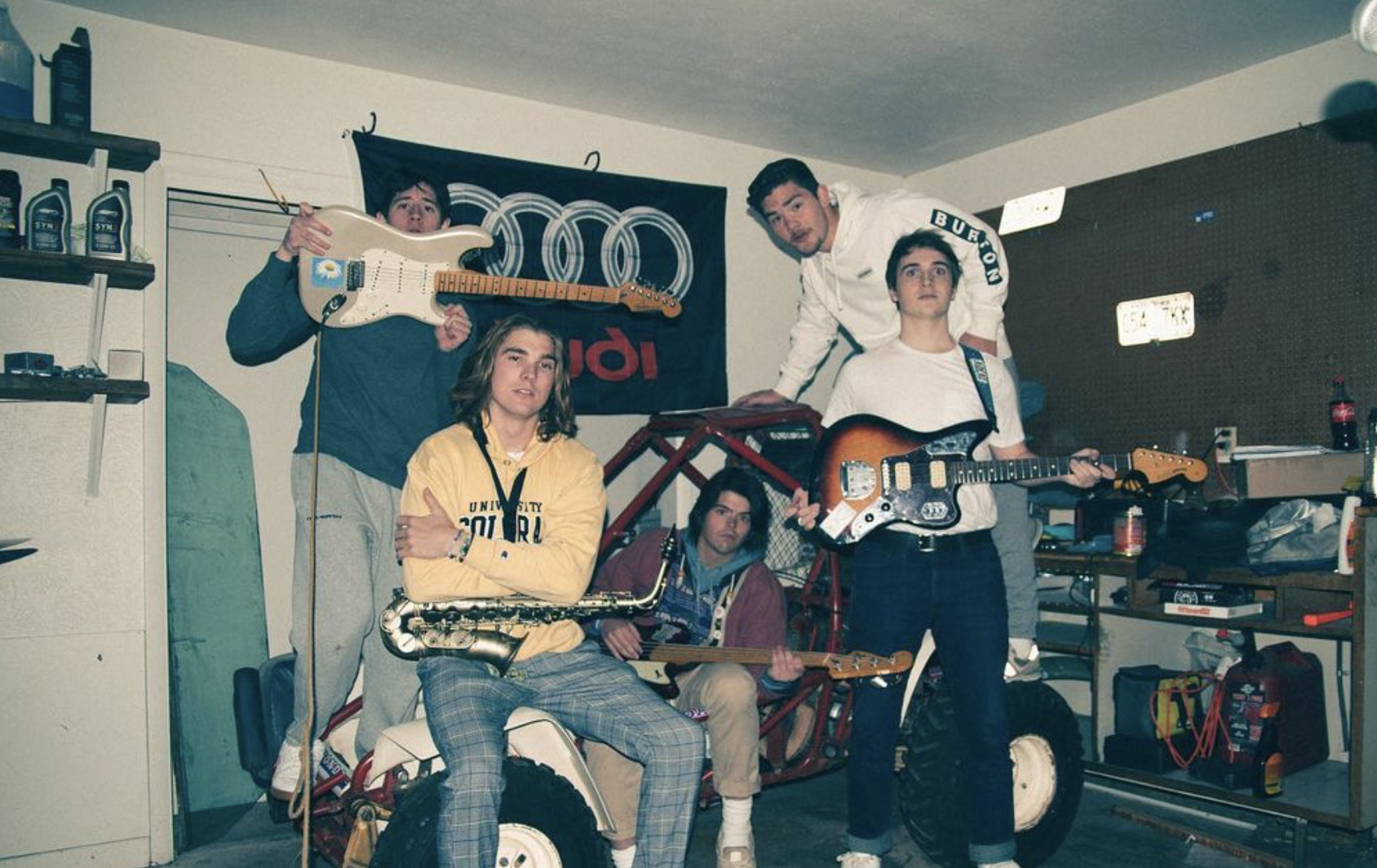 “We’re all students with a backup plan,” singer-songwriter and guitarist Rhys Heraghty said. “(Music) is just an extracurricular thing we take very seriously.”

Though, for Heraghty and the other four members of his band, The Rocky Coasts, it seems more like school is the backup plan to the music. That’s not to say any one of them is a bad student — but it’s clear with the way they talk about their music that none of them have plans of slowing down until they hit it big.

The Rocky Coasts is comprised of lead vocalist Rhys Heraghty, guitarist Kiril Hadjipetkov, bassist TJ Gembala, drummer Shaan Dhirmalani and saxophonist Teak Biaggi. All members of the band currently study as undergraduate freshmen at the University of Colorado Boulder, with the exception of Dhirmalani. The quintet of high school buddies who comprise the Mendham, New Jersey-born band underwent a migration from the East Coast to the Rockies last year, bringing their flair of surf rock with them.

The band’s music wanes between the breezy surf-rock riffs inspired by The Growlers, and DIY-indie sounds more in line with the music of Wallows. However, the band boasts a range of self-proclaimed influences, including trap artist Young Thug’s dynamic lyrical delivery and the stadium rock of The Rolling Stones and Bruce Springsteen’s E Street Band That range of inspiration has led to a more improvisational take on music for The Rocky Coasts, whose accompanying lyrics suit the rowdy, danceable instrumentals of their music. On any given day, their music can touch on deeper emotions: pain, happiness and anything in between.

“When you’re writing a song, you kind of get into a groove and the words come out and sometimes you don’t really know what it means,” said Heraghty on his band’s songwriting process. “If you keep on practicing a song, mistakes can end up being replaced, or even put in the song because they sound cool.”

Despite their crafty creative process, the college experience has been anything but normal for the five-piece band, who haven’t had the opportunity to flex their musical muscles with live performances. However, the band was able to claim a significant victory this semester despite the ongoing challenges: they managed to place first at CU Program Council’s Annual Battle of the Bands.

The yearly tradition, which usually hosts bands and audiences physically in the University Memorial Center’s Club 156 Studio, was moved to a virtual format for the spring of 2021. Bands were encouraged to submit pre-recorded versions of their songs in an attempt to garner likes on social media to determine placement in the contest – almost like an Instagram version of a clap-o-meter.

The Rocky Coasts took home the winning prize for their music, which included several hours of free in-person studio time and airtime on Radio 1190. Despite taking some time to relish their victory, the band members admitted to feeling thrown off by the process, removed from any in-person format.

“It was a little bit weird. The voting was based on likes,” Heraghty said. “So there as no real way of winning except asking “hey, can you like this post?”‘

Rather than dwell on their frustrations with the virtual music scene, the band members instead seem to have their sights set on the impending return of live performance, something they all view as crucial to their act.

“Especially in a college town, (live performance) is extremely important and one of the strongest features of our band,” Heraghty said.

While the band grew accustomed to playing live shows at venues around northern New Jersey in their high school days, the move to a new state during a year-long pandemic proved to be nothing short of a challenge for them.

Each band member is in firm agreement on building an audience back up by touring various house parties in the fall and finding a newfound fanbase through word-of-mouth. Eventually, Heraghty hopes, The Rocky Coasts will be able to reach out to local venues such as the Boulder or Fox Theaters for gigs.

Despite the work ahead of them in terms of finding an audience, the band members see potential to rework the Boulder music scene to better serve up-and-coming artists like them.

“Bringing back small, independent concerts that support local artists and local venues” is a main goal going forward, Heraghty said. “The DIY scene is very important. We always want there to be a space for new bands to be able to come up through other means than advertising on TikTok, Instagram or whatever. They should have a place where they can gain a local following.”

Music and information about The Rocky Coasts can be found here.