‘In the Spotlight’: Asian Americans choose to dream, not conform 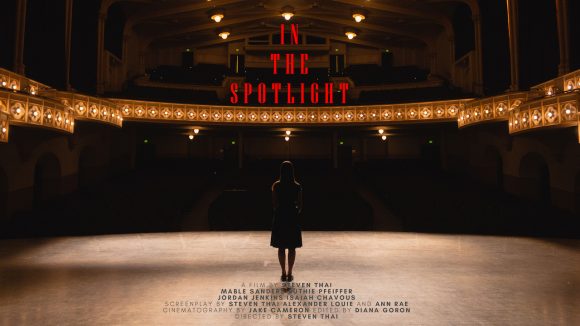 “In the Spotlight” (Courtesy of Steven Thai)

In the spotlight, a girl in a green dress stands alone, framed by red curtains. She gazes out at the empty auditorium waiting, a silhouette against dazzling yellow lights.

This striking scene opens “In the Spotlight,” a short film about a young girl struggling with her Asian American identity and parental expectations. “In the Spotlight,” directed by CU Boulder senior Steven Thai, was selected for the 2021 Colorado Dragon Boat Film Festival for its diverse Asian representation.

Aubrey, played by senior Mable Sanders, wants to pursue music in college against her mother’s wishes. At home, their relationship is frayed and tense. Aubrey is resentful about her mother’s lack of support, and her pragmatic mother is frustrated by Aubrey’s creative aspirations. With one day left before her audition, Aubrey seems underprepared and lacks confidence in her singing.

Aubrey preparing for her audition (Courtesy of Steven Thai)

“It speaks to Asian cultural (expectations) to please the family and find a job that will be financially stable,” senior Jake Cameron, the cinematographer, said. “For many Asian Americans, you have to meet these standards instead of doing what you love.”

The premise for “In the Spotlight” was inspired by Thai’s personal experiences. Thai grew up in Aurora, Colo. with Vietnamese and Chinese parents and felt pressured to pursue a practical career, despite his passion for film.

“My parents wanted me to have a career that is more financially stable,” Thai said. “But that didn’t sit right with me. I knew I had to chase this dream no matter what.”

As an Asian American filmmaker, Thai felt compelled to represent this cultural struggle in his work. Yet, he also wanted to celebrate his diverse heritage. He decided to incorporate symbolic colors from Vietnamese and Chinese culture to explore the role of luck in artistic success.

“If you want to make it in the arts industry, you need luck on your side,” Thai said. “But if you don’t have luck, you still have to persevere.”

The opening scene from “In the Spotlight” (Courtesy of Steven Thai)

Despite the symbolism, Aubrey is far from lucky. Her audition is a disaster. She is rudely cut off by the judge before she can finish singing, and her musical dreams are abruptly dashed.

Thai wanted to portray a realistic ending, rather than an idealistic happily ever after.

Yet, Thai believes the ending is ambiguous and can be interpreted as lucky. Though Aubrey didn’t succeed in the short term, she mended her relationship with her mother, who came to the audition to listen. With this newfound support, Thai thinks Aubrey will be more resilient and willing to persevere.

“As long as Aubrey has family by her side, she is going to keep pursuing music even if she bombed this audition,” Thai said.

Thai was excited to have “In the Spotlight,” as well as his previous short film, “Safe,” selected for the 2021 Colorado Dragon Boat Film Festival’s Emerging Artist Showcase. The Denver-based festival, held virtually March 4-7, features Asian and Asian American films that embody the theme “RepresentASIAN.” 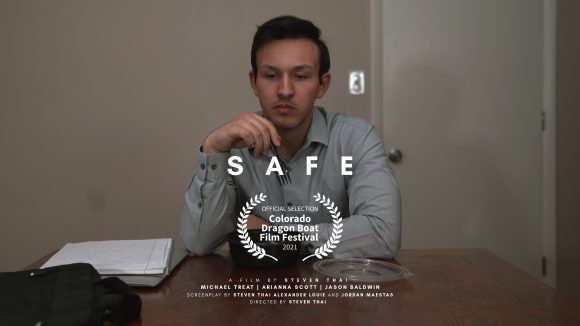 The predominantly Asian cast and crew for “In the Spotlight” also felt inspired and empowered by the experience, especially Cameron who is Chinese American.

“It’s inspiring that film festivals like this one are supporting diversity and minority filmmakers,” Cameron said.

After graduation, Thai hopes to turn “In the Spotlight” into a longer feature film and has pitched the idea to a local producer. In the future, he hopes Aubrey can return to the spotlight, still determined to pursue her dreams.

Watch “In the Spotlight” here.