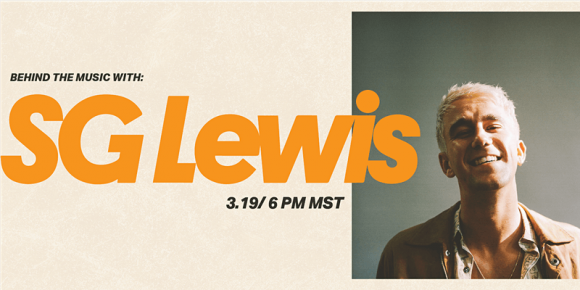 Program Council will host a virtual event with SG Lewis, a British singer-songwriter and producer, at 6 p.m. on Friday, March 19. During the event, Lewis will share a behind-the-scenes perspective of his hit songs and musical influences.

Samuel George Lewis, better known by his stage name SG Lewis, has been interested in music and performance since his teenage years. Growing up in Reading, England, Lewis played in a number of bands before eventually shifting his focus to electronic music production and DJ-ing. His diverse musical experiences, along with influences ranging from Bon Iver to Timbaland, have helped craft his funky, synth-pop style.

Lewis’ virtual event for CU Boulder will take attendees on a deep dive into the artist’s creative process, as well as his extensive list of creative influences. The event will also be a way for students to learn about an up-and-coming artist.

Click here to find out more about the event and registration. Links to the live event will be sent out to all attendees who RSVP.