What happens next? The aftermath of the University Hill riot 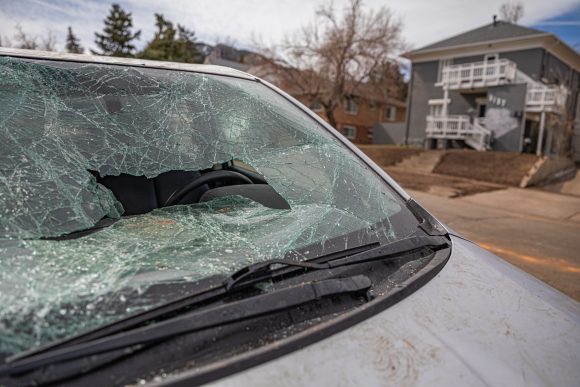 Serious charges and vigorous prosecution: that’s what participants of the March 6 riot will face from Boulder law enforcement. At least, that’s what they say.

In the early afternoon, a few smaller parties drew attention from concerned citizens, but they rapidly grew and merged into one large event.

Boulder Police Chief Maris Herold, in a press conference with city officials the following day, said that somewhere between 500 to 800 people were in attendance at the height of the gathering.

Despite multiple community concerns, and a few visits from law enforcement, no larger police presence arrived at the scene until shortly after 5 p.m.. The City of Boulder SWAT team tried to disperse the crowd using non-combative tactics at first but were unsuccessful.

About that time, the university police department issued a message to CU Boulder community members.

“Boulder Police is responding to a large party in the area of 10th & Pennsylvania. People in the area could be subject to arrest and CU sanctions,” it read.

SWAT teams from Longmont and Boulder County soon arrived, and they shot tear gas at least once at the rioters. Herold said that it did not appear to be effective in containing the crowd and officers stopped soon after.

“Officers on (the) scene then deployed pepper-ball projectiles directed at the ground around those causing harm. These officers also deployed two canisters of smoke and one canister of CS Tear Gas. Due to a change in wind direction, the effects of the gas on the crowd were greatly diminished,” the City of Boulder said in a press release.

Three police officers were injured that evening, with one being struck with a large object in their face. The officer did not suffer serious injuries because they were wearing a gas mask.

Just before 9 p.m., officers reported that the crowd had begun to die down, with only 100 people remaining in the area. Maybe thirty minutes later, the streets were mostly empty, but participants left piles of trash out in the street.

As midnight approached, the University released a short statement condemning the actions and calling for community support in identifying those responsible.

Strangely enough, not a single arrest was made the night of the 6th. Officials say that due to the tense conditions, they were unable to safely make any arrests. 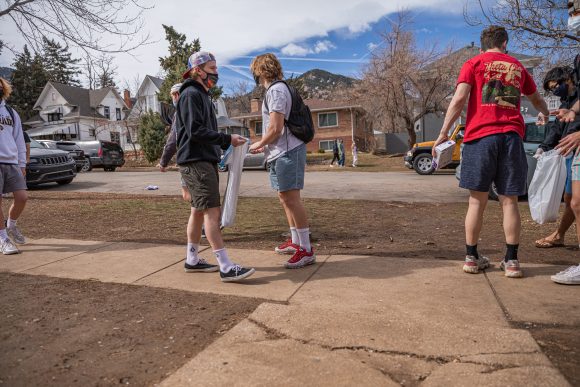 When morning came, residents and students in the area came out to help clean up the mess. News stations and photographers descended on the scene. Thanks to the efforts of citizens and students, the area was mostly cleaned up by late morning and the streets were quiet. The same could not be said for city officials.

At the press conference that afternoon, city spokesperson Sarah Huntley said that Boulder would be seeking “the strictest consequences” for those who were at the riot on Saturday. District Attorney Michael Dougherty agreed that the actions of participants were criminal.

“The District Attorney’s Office will work closely with the Boulder Police Department to determine the identities of the people who damaged private property and assaulted first responders because they should be held fully responsible for their outrageous actions,” he said.

The Boulder Police Department solicited the community’s help on numerous occasions and asked that they submit any photos or videos to aid in the investigation.

The university’s Chief of Operations, Pat O’Rourke, said that the university would be pursuing disciplinary action against those who committed criminal acts first, followed by organizers of the parties and then participants. Those who will get arrested and face criminal charges may need to hire a criminal defense attorney and post bail with the help of a bail bondsman who can provide professional bail bonds services.

While the consequences for those involved in the riot appear to be severe, it may be nothing compared to the public health fallout of the event.

“This behavior put our businesses, our community, and individuals at risk, and threatens the safe opening of the University to in-person learning,” he continued.

Zayach said that they could expect to see if this gathering caused an outbreak of COVID-19 within the next seven to nine days.

The university has not made any changes to in-person learning in the meantime. 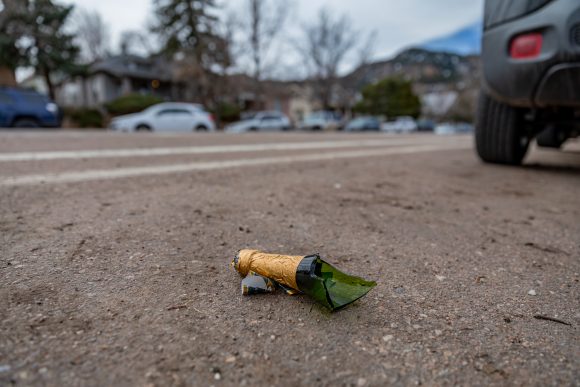 A broken bottle, one of the dozens of items initially littered around the area. March 7, 2021 (Io Hartman/CU Independent)