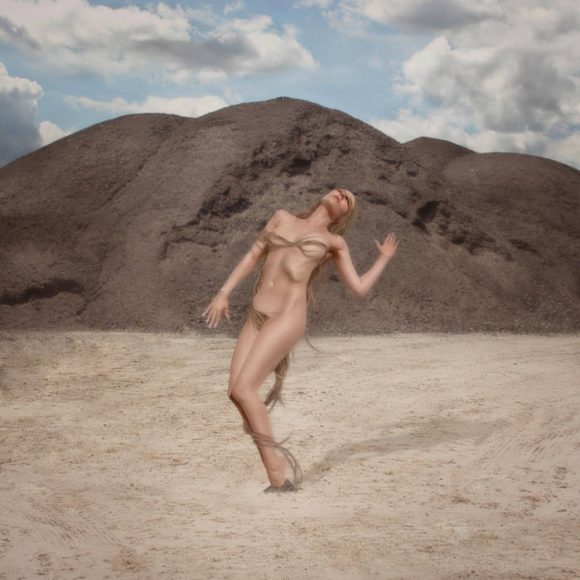 “If I say it’s gonna be alright, it is,” Kinlaw whispers, crawling out of a crushed, overturned car, bloody and disoriented. As they stumble away alone, the world spins into motion, runners rushing by, spectators posing amid the wreckage, a couple kissing passionately.

Exploring movement has always been an integral part of Kinlaw’s work. The Brooklyn-based singer, composer, choreographer and performance artist thrives on dynamic, movement-based storytelling. Their choreography has been performed over 200 times in New York City. In 2016, Kinlaw co-directed “Authority Figure” with FlucT’s Monica Mirabile, an interactive performance of over 150 dancers that depicted surveillance and police brutality.

Kinlaw’s music likewise is driven by movement and experimentation. Their eclectic, art-pop style has been compared to Kate Bush in its unconventional, poetic lyricism and synth-heavy textures, paired with Kinlaw’s clear soprano vocals. The comparison is apt as a starting point, though Kinlaw’s style is more sparse and repetitive with understated vocals, reminiscent of art-pop icons like Julia Holter or Bat for Lashes.

The lyricism is the strongest aspect of “The Tipping Scale.” Kinlaw explores darker themes of discontent, self-criticism, disillusionment and the impermanent, capricious nature of love. Each song feels like an abstract, introspective poem about physical and emotional movement in relationships. 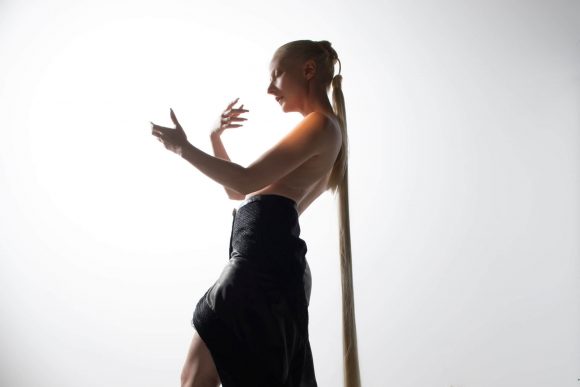 In the opening track, “The Mechanic,” Kinlaw claims their heart is like a flawed machine, built to be too sensitive and delicate. They sing, “even though I move fine // they somehow missed the math,” later admitting, “this is feeling and feeling’s hard.”

Musically this track feels most reminiscent of SOFTSPOT’s energetic art-pop style. The driving bassline and beat underpin Kinlaw’s spacious vocals, before a lush, emotional synth enters, somewhat at odds with the robotic beat.

The second track, “Two Poets,” is equally compelling, focusing on toxic movements in a broken relationship as a couple tries desperately to hold on to love. Kinlaw croons, “finding all the ways to move the blame around // if I’m a choreography, I’m moving out of time with you.” The snappy beat pairs with a gooey, deep bass, while Kinlaw’s clear vocals slice through the texture.

The strongest multimedia experience is “Permissions” with the haunting music video and ambiguous lyrics. In the video, Kinlaw is surrounded by motion, as an uncaring world moves on in the wake of their personal disaster. Likewise, the lyrics depict Kinlaw trapped in stillness, watching time pass, begging to be moved by love. But in the end, emotionally unmoved by love, they choose physical motion, fleeing far away in a “fast car.”  The gentle texture features a solid beat with an ebbing synth and fickle bass.

”I study love Iike it’s a motion that’s meant to be filled,” Kinlaw sings pensively. Then comes the heartbreaking confession, as Kinlaw admits to their lover that they try to “look at you like you’re someone meant to move me.”

But finally, they decide they need their “own permission,” perhaps to move away from this unfulfilling love.

Despite the skilled lyricism, the music is where “The Tipping Scale” falls short, especially in later tracks after “Two Poets.” Previously with SOFTSPOT, instrumental riffs added variation and dynamism to the monochromatic art-pop synth texture. But as a soloist, Kinlaw relies a bit too much on a few similar, generic synth textures such as the nearly identical openings of “Haircuts” and “Permissions.” Also, textures rarely build or develop substantially through songs, at times melting into repetitive backgrounds, buoyed only by the poetic lyrics.

On “The Tipping Scale,” SOFTSPOT’s former lead singer Kinlaw proves they can stand on her own as a soloist with thoughtful lyricism and driving dance beats, though the music could be more daring. Kinlaw’s somber explorations of movement toward and away from love depicts lovers falling in and out of sync, moving deeper into self-reflection and intimacy or far away from each other and their failed relationships. It is a powerful reminder that love and life are always in motion.

Listen to “The Tipping Scale” here.