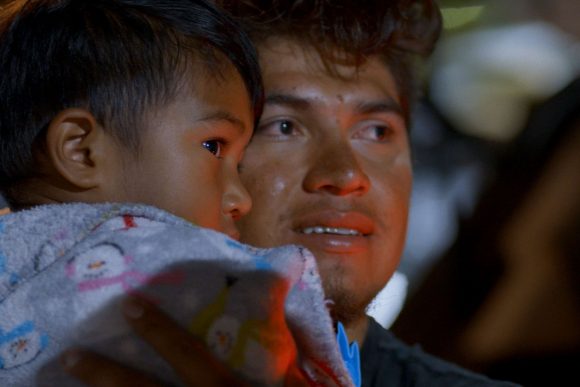 The American dream promises a land filled with opportunities for anyone seeking a better life. Yet, U.S. immigration policies make it difficult for foreigners to legally enter and live in the country long-term. Many immigrants, disheartened by the strict legal process, choose to come anyway, which leads to an influx in undocumented immigration.

The 2019 Netflix documentary series “Living Undocumented,” created by Emmy-winning directors Aaron Saidman and Anna Chai, skillfully tackles illegal immigration from a personal perspective, rather than a political one. Over six episodes, the docuseries portrays the real lives of eight families of undocumented immigrants who risked their lives be filmed for the series. The families come from Mexico, Colombia, Laos, Israel, Honduras and Mauritania.

“Living Undocumented” challenges current political reforms and stereotypes of undocumented immigrants, highlighting the reality behind America’s immigration laws and putting faces to the statistics. Through Saidman’s docuseries, we are forced to personally experience these families’ reality rather than learning of family separation and deportation in ICE facilities from the media and other second-hand sources.

Now, under the Trump administration, the state of undocumented immigration has faced humanitarian concerns, especially over child separation. Many undocumented families have been cruelly treated and separated at ICE facilities, as Saidman depicts in the docuseries.

From the very first episode, spectators feel the relatability of the ordinary families struggling for their happiness. We meet Luis Diaz, a young man whose girlfriend, Kenia, is detained by ICE while carrying their child. Luis tries to speak to the ICE office regarding their status with his son, Noah, at his side. However, Luis is deceived into stepping inside and is held hostage by ICE employees promising to revaluate his situation.

This scene’s emotional power is further heightened by behind-the-scenes footage, showing the crew’s and producers’ distress about Luis’ situation. For example, an attorney named Andrea Martinez runs toward the door to help the family and is subsequently hit by an ICE officer.

Martinez later said, “The fact that an ICE agent would assault me in front of cameras and 40 observers knowing that I’m an attorney, imagine how immigrants are treated in private ICE detention facilities.”

Saidman also reveals the irony of Trump supporters who support illegal immigration. For example, the series follows the deportation of Alejandra, a military wife whose husband voted for Donald Trump. Under the Trump administration, the zero tolerance policy had little tolerance for undocumented immigrants, including Alejandra and her nine-year-old daughter, Estela. Meanwhile, Alejandra’s husband and older daughter are still living in the U.S.

Before being deported, Estela said, “My mommy is not a criminal.” These words truly leave us heartbroken, as we hear the point of view of an innocent child. Saidman declared, “Rather than discussing this issue with only statistics and policy debates, we wanted viewers to hear directly from the immigrants themselves.”

It is moments like this unfortunate family separation that makes politics become personal.

The docuseries depicts the intentions and dreams of undocumented immigrants. The series shows an Israeli family living in Los Angeles, forced to make sacrifices in hopes of a better life. Ron, the father, is faced with a heartbreaking decision between taking care of his sick mother and keeping his family together. His mother, who was recently diagnosed with cancer, was still living in Israel, and he could not visit. Ron hadn’t been back to Israel for 17 years due to their undocumented status, after overstaying their visitor visa. If he left the country, he would not ever be able to come back.

In the final episode, the families’ concluding title cards revealed the continued fragility of their undocumented statuses. Many of these title cards were changed over the course of the series, showing their new and often disappointing status. These updates showed the instability of each family’s case and the uncertainty of getting to stay in America for even the next day.

Ultimately, Saidman frames illegal immigration in a personal, intimate light. They showed the power of emotions and stories, rather than faceless statistics. Whether under fake or secret identities, these families have risked their stay in the U.S. in hopes of a better life for themselves and their families. The reality of their struggles will evoke empathy in viewers and perhaps even decrease anti-immigration sentiments, as the U.S. attempts to address the millions of undocumented immigrants who seek the American dream.