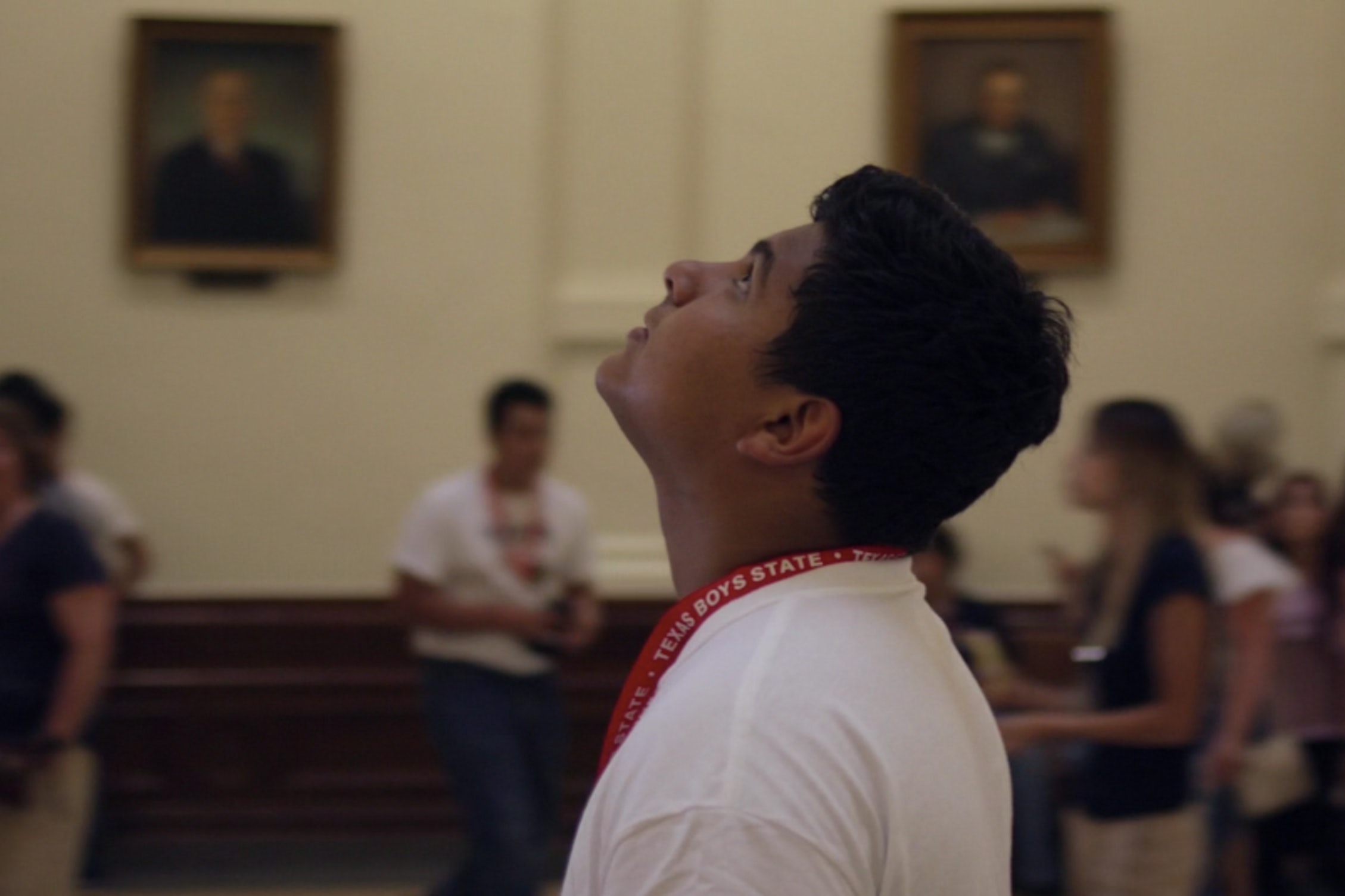 Any mention of politics in 2020 could easily be cause for cynicism. However, “Boys State” will challenge your temptation to tune out all the political chaos.

In the last four years, the United States has seen chaos indeed. It inaugurated its leader not with a popular vote but with a bygone system in the electoral college. Nearly every day leading up to November’s election, that same leader uses rhetoric that works mainly to divide rather than provide tangible solutions to a global pandemic, recession and racial tension. After so much failure at the executive level, it’s no wonder so many are left feeling fearful and disenfranchised, mulling over the true appeal of a so-called democratic process.

To those feeling down about the direction of their country, the film “Boys State” may be a serviceable remedy. The new documentary, directed by filmmakers Amanda McBaine and Jesse Moss, seeks to explore the role of democracy through the lens of the Texas Boys State Event. This week-long annual gathering, organized by the American Legion Veterans Association, pits over a thousand Texan high school seniors against one another in the name of representative government.

Each teen is put into one of two fictitious parties, the Federalists or the Nationalists. Over the course of seven days, they must cooperate with others to come up with party policies, hold mock elections for various levels of government and ultimately elect one governor to preside over the entire summit—almost like a beauty pageant for political junkies.

“Boys State” largely takes a fly-on-the-wall approach to this fascinating social experiment. Cameras bustle around the Texas State Capitol where the event is held, and document snippets of the arduous process at a rapid-fire pace.

Not surprisingly, many of these teens adopt strategies that are strikingly similar to the politicians we elect nationally. In brief scenes, audiences will see them scrambling to accumulate as many signatures on their ballots as they can, speaking to others in press conferences and town hall settings while emulating a familiar real-world process.

Some define their identity early on, hoping to garner a stable, like-minded base. “I’m a right-wing libertarian, and a big-time capitalist,” one boy boisterously proclaims.

However, others look for legacy appeal. “My uncle was the youngest Republican Senator in history,” another boy suavely states, going for a Kennedy dynasty-esque approach to politics.

Yet, amid all the tumult within the conference, “Boys State” shines brightest when it takes some time to breathe, focusing on a select few candidates to reveal the true ethos of the film.

Hyper-competitive and conservative Ben Feinstein is featured heavily, his energy waning somewhere between articulate Reaganite rhetoric and the smug, better-than-you attitude of Ben Shapiro. His lofty ambitions are commendable, yet the film proves he isn’t above the mud-slinging and double-crossing that quickly gets him far in the event.

But “Boys State” isn’t all cynical. Steven Garza, the quieter candidate and son of Mexican immigrants is just one of a few non-white participants in the conference. He’s framed in the film as a sympathetic progressive underdog, much like his self-proclaimed idol, Sen. Bernie Sanders. Steven shines with the fervid ambition of bringing the American Dream to his platform, but it’s left to wonder how much of what he says is just hollow jargon to attract a liberal base.

By centering the film around these candidates, it’s easy to forget that this is a nonfiction documentary featuring a bunch of teenagers. It’s a testament to the filmmakers’ abilities that they feel like compelling and multifaceted characters.

While “Boys State” may have a lot of heart on that front, its message is clear: there’s a failure of the democratic system at play.

The film shows a clear transition from boys seeking to run on earnest, policy-based ambitions to them realizing that they can get further by selling out their beliefs in the name of political expediency. They gather raucous applause by speaking not from the heart but in vague platitudes. Several boys, including Steven, become disillusioned with this reality by the end.

In many ways, it’s a mirror image of the democratic process on a national scale. “Boys State” leaves the viewer wondering if the conference succeeds in finding the best solution for everyone, or if it boils down to a cruel game: being the loudest and winning for the sake of it. In that sense, “Boys State” doesn’t present any solution to the issues it identifies. Maybe that’s just the point—it triumphs as an astute political observation on these demagogue-led times.

It’s hard to say whether any of the boys in the film will stay muddled in the culture of American politics or if they’ll go on to rise above it. But Ben and Steven remind us that there are young people with sincere conviction and an eye for change at their very cores. “Boys State” teaches us that if things aren’t getting better, at the very least, they aren’t getting worse just yet.

“Boys State” is an Apple Original Films and A24 Release. It is now available to view on Apple TV+.