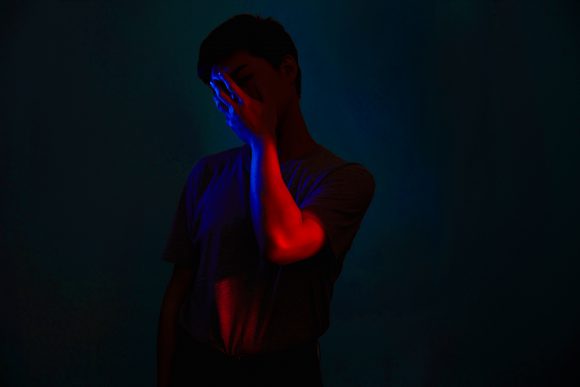 Bangkok-based R&B singer Pachara showcases bold sound and touching lyricism on his debut single “YRC.” He crafts a timeless sound inspired both by bright retro R&B and modernized trap aesthetics. The song delivers a strong and timely message on mental health, identity and vulnerability. Pachara opened up to CUI about this track, his message and what to expect from him in the near future.

“YRC” kicks off with a cryptic and harrowing rewound vocal sample, which parallels the word “cry” backward. This attention-grabbing introduction sets the tone for the whole song and smoothly transitions into the lead melody, as the backbone of the instrumental, drums and synths are layered on top of it. Pachara’s hazy, tender vocals join the mix soon after and pierce through the sparse, reverbed instrumental. The backing vocals repeating the words Pachara is emphasizing are drowned in the production and add a subtle echoing effect and enhance the mood of the track. Throughout the song, Brooklyn-based producer PaprTape’s production plays to Pachara’s strengths as it complements and highlights his vocals perfectly without competing for the spotlight.

The stripped-back sound and the sparse sonic palette guide the audience’s focus towards the message of the track. In his introspective lyrics, Pachara opens up about mental health and aims to resonate with masses who are currently struggling with similar challenges. Enhanced by Pachara’s emotional vocal delivery, the lyrics feel very intimate and from the heart. With his captivating aesthetic and to-the-point lyrics, the track feels like an invitation for self-reflection.

The track makes a strong statement early with the reversed vocal sample, where the protagonist says they have grown numb and ask “somebody who is dear, please come chase away my fears.” When asked about the artistic choice behind reversing this cry for help, Pachara described it as “an analogy to rewind the time, for us to go back and go over signs from our loved ones that we might have missed” and calls it “a call to action, to not take moments for granted.”

The rest of the lyrics are written from the same perspective, but they seem more focused on resonating with those who are dealing with mental health issues. Both verses in the track display the protagonist accepting his mental state and confessing to himself that he needs to deal with these problems. These heavy sections are followed by the more uplifting chorus, where Pachara sings about wishing he could cry and soar into the sky. These moments serve as well needed breathers in the song and draw a parallel with intermittent hopeful moments one might have, between the heavy verses of accepting a challenging truth about one’s self.

The music video and the visuals released for the track fit the mood of the song perfectly. The common theme in these media is the lighting, where the subjects are displayed in the dark and partially lit by colorful light. This plays into the narrative of the song about not all struggles being visible. Pachara explains why he decided not to fully show his face during the promotion of this track due to “a mix of artistic and personal choices.”

“Artistically, I want my music to speak for itself, for people to concentrate on my craft and messages behind it, instead of focusing on surrounding contexts,” Pachara said. “I have always struggled with confidence, and singing has been one of the few outlets for me to express myself but only while remaining mysterious.”

On his plans for the near future, Pachara said he is planning to release several singles that will eventually become an EP. His goal is to extend this project to a full-length album, which will be released by the end of the year. In terms of the subject matter, he mentioned centering his songs around unspoken, crucial issues, but he also wants to branch out more and also covering topics like catfishing, online dystopia and loneliness.

Listen to “YRC” here, and watch the music video here.